As NFL fans were gearing up to see the Cincinnati Bengals and Los Angeles Rams play in the Super Bowl, they also learned that the league was facing a lawsuit alleging racism, discrimination and other unethical actions.

It was filed on Feb. 1 in Manhattan by attorneys for Brian Flores, who was fired as the head coach of the Miami Dolphins in January. The firing occurred even though he had back-to-back winning seasons, a feat the team had not seen since 2003. 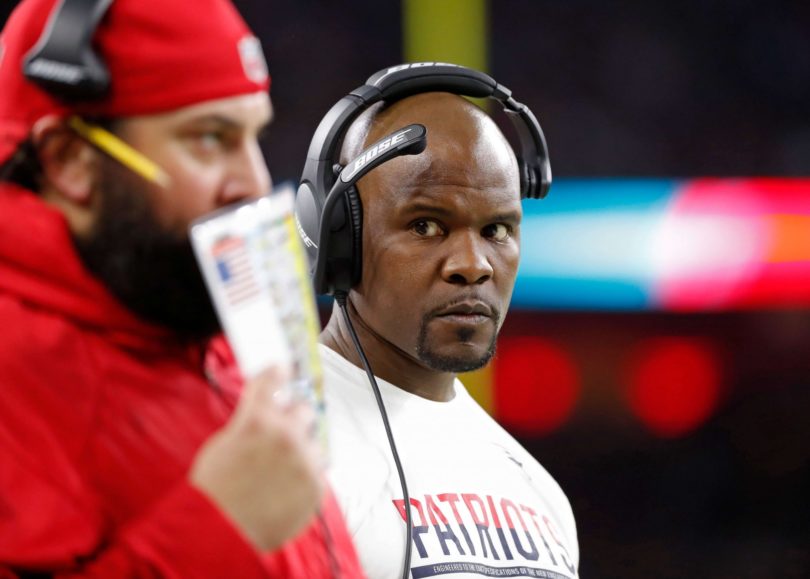 The 58-page lawsuit, filled with details concerning past experiences of black players and coaches, could easily serve as a history lesson on race relations in the NFL. It seeks class-action status.The NFL Lawsuit

The lawsuit alleges the NFL is “rife’’ with racism “…particularly when it comes to the hiring and retention of black head coaches, coordinators and general managers.” It takes direct aim at the New York Giants and the Denver Broncos for conducting “sham’’ interviews, despite the longstanding Rooney Rule, designed to promote diversity and support minority coaches.

In the lawsuit, Flores details an erroneous text exchange with New England Patriots coach Bill Belichick that made him realize the New York Giants would interview him for the head coaching job only to meet the league’s Rooney Rule requirements. Belichick meant to send the text to Brian Daboll, not Brian Flores. Daboll has since been hired.

The lawsuit also shares the story of Flores interviewing with the Denver Broncos, alleging they too were only interviewing him because of the Rooney Rule. Flores said it was clear by the executives’ behavior the interview was a sham. He described how he had arrived for the meeting at the designated time, however then-General Manager John Elway and other Broncos executives “…showed up an hour late to the interview. They looked completely disheveled, and it was obvious that they had been drinking heavily the night before.’’

It further alleges while Steve Ross, the Miami Dolphins owner, claimed Flores was fired for “poor collaboration,’’ in reality, it was due to Flores’ unwillingness to participate in unethical behavior, including losing games during his first season to attain a top draft pick and refusing to court a “…prominent unnamed quarterback in violation of league tampering rules.”

A Look at the Rooney Rule

Although the outcome of Flores’ lawsuit may not be seen for several months, its existence alone sheds light on the Rooney Rule.

Twenty years ago, after the firings of two black coaches, Tony Dungy from the Tampa Bay Buccaneers and Dennis Green from the Minnesota Vikings, attorneys Cyrus Mehri and Johnnie Cochran Jr. were taking steps to file a class-action lawsuit against the NFL. They issued a report to the league detailing how black coaches outperformed white coaches on the field, yet they were not being hired at the same rate as white coaches.

The men’s work resulted in the creation of the Rooney Rule, named for Dan Rooney, the former owner of the Pittsburgh Steelers who served as head of the league’s diversity committee. Since its creation, it has been expanded to include general manager jobs. A similar rule requiring women to be interviewed for every business front-office position that opens in the league has also been added.

The Flores lawsuit points out that the Rooney Rule has not strengthened the number of minority coaches. Despite 129 head coaches being hired since its creation, only about 15 have been filled by black candidates. Along with that, with few exceptions, the black candidates who have obtained head coach positions have been on a “short leash” and have lasted for extremely short periods, while white candidates have more time to prove their worth. The lawsuit also alleges that “In general black coaches at all levels are paid less than similarly qualified white coaches.”

About three years ago, Colin Kaepernick, the former San Francisco 49er widely celebrated by social justice activists, also took action against the NFL, but the public could not learn the results of this due to a required confidentiality clause.

In February 2019, a financial settlement was reached in Kaepernick’s collusion complaint with the NFL. He had accused the league of conspiring to keep him from playing after he began kneeling during the national anthem in 2016. The terms of the agreement were not disclosed, and the decision to settle came just days before a hearing was to take place before an arbitrator. All parts of the settlement have remained closed, and Kaepernick has yet to be offered another position on an NFL team roster.

Although Kaepernick’s complaint and the Flores class-action lawsuit are different in scope, they both take on racism. On Feb. 9, Ben Meiselas, Kaepernick’s attorney, spoke with sports columnist Charles Robinson concerning the legal road ahead for Flores and his legal team.

Meiselas said he believes Flores has a chance of seeing success with the lawsuit. Still, the first step is challenging, navigating the arbitration provision, which is typically in player contracts. An arbitration provision in a grievance against an NFL team calls for privacy and has the NFL commissioner involved in the resolution process. Meiselas described it as “…a private tribunal with its own set of rules.”

However, unlike Kaepernick’s situation, the lawyers for Flores could use the class-action status as a way to get around the arbitration agreement. Meiselas explained, “…basically by saying, ‘Brian Flores isn’t subject to individual employment disputes. He’s serving as a class representative of similarly situated coaches experiencing systemic discriminatory conduct that is outside the bounds of an individual employment.”

Whatever the outcome is, Meiselas stressed, the lawsuit has already shown a spotlight on the hiring practices involving black coaches. “A lot has already been achieved in a short (period) of time,” he said.

The NFL and Reaction at the Super Bowl

Since its filing, Super Bowl LVI was held at SoFi Stadium in Los Angeles.

Leading up to the game at his annual State of the NFL address, NFL Commissioner Roger Goodell briefly discussed the Flores lawsuit, describing it as “very disturbing.” Along with taking action with the owners to strengthen hiring practices, Goodell said that when it came to the accusation concerning Ross, the Miami Dolphins owner who allegedly offered Flores thousands of dollars to “tank’’ games, the league is taking the claim against him “very seriously.”

The “integrity of the game is very important,” the commissioner said.

On Feb. 13, during the Super Bowl pre-game celebration, both performers and broadcasters acknowledged racial issues as well as the lawsuit itself.

Before the singing of “The Star-Spangled Banner,” gospel group Mary Mary performed a rendition of “Lift Every Voice and Sing,” a hymn written by James Weldon Johnson and referenced by President Biden as the title of his action plan for addressing racial disparities in the United States.

Also, during the pre-game ceremony, Kenny Washington, Woody Strode, Marion Motley and Bill Willis were honored. The men, called “the Forgotten First,” are recognized as trailblazers as the first blacks to enter the NFL.

Coach Dungy addressed the lawsuit directly while appearing on NBC’s pregame show. Dungy, who, after being let go by the Tampa Bay Buccaneers, went on to win the Super Bowl for the Indianapolis Colts, has been expressing concerns throughout his career on not only the hiring of minority coaches but also the hiring process itself.

He sent an open letter to league officials addressing the need to correct the Rooney Rule. Although he does not want to see the removal of the Rooney Rule, he wants major steps to be taken in the actual procedure of hiring coaches. “It wasn’t just a rule, it was a process, and the process is broken right now,” he said.

Dungy stressed that he would like to see a moratorium on owners hiring coaches between the end of the regular season and the Super Bowl. “The system is not working. My number one reason why it’s not: the process is rushed. We’re putting everything into a three-week period of time. We’re interviewing, we’re trying to make decisions, and that period of time is during the playoffs. It can’t be done right, it can’t be done fairly,” he said.

However, Flores believes he can help bring about the necessary change to the league, and this is more important to him than playing. “We need to change the hearts and minds of the people making the decisions,’’ he said.

They were also called the ‘Negritos’ The Andamanese are comprised of the five large tribes mentioned above; the Great Andamanese on Strait Island are speculated to be 50 in number, the Jarawa of the Jarawas of the Great Andaman archipelago, the Jangil of Rutland Island, the Onge of Little Andaman, and the Sentinelese of North Read More…

Every remedy is different. Each remedy has a certain “symptom picture” associated with it. The correct remedy to take is the one that has a cymptom picture that most closely matches the symptoms you are exhibiting. More Detail: Homeopathic medicines work on each level of the body: Physical, metal and emotional. Many times, the Read More…

The point of ‘black unity’ is for action against the common people’s oppressor, not rallying around the oppressors who look like us.” On April 24, 2021, the newly elected and self-proclaimed “People’s Mayor” Tishaura Jones, “progressive prosecutor” Kim Gardner, and Black Lives Matter (BLM) activist turned Congresswoman Cori Bush joined forces. They did not gather Read More…