Black Hollywood Producer, Director, and Animator –  Mr. Leo Sullivan and Ethelyn O. Steward Sullivan, who have been working together for 60 years to uplift and inform Black families through animated interactive content. Their brand is called Afrokids® and pairs many digital properties including AfroKids.com and AfroKids.TV. Recently, they were honored by the Rev. Jesse Jackson’s “Operation Push” with a “Legacy Award” for their outstanding lifetime achievements. 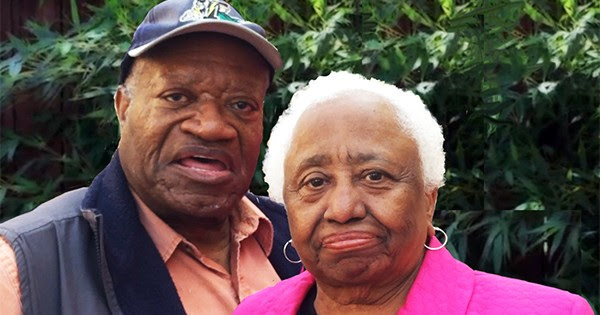 The couple realized early on that in this fast-paced world families need a place that is both educational and entertaining with positive images and role models where Black children can see themselves in a positive way. “Our message is just as relevant today, as it was in the ’60s,” says Leo.

To get their message across, the couple developed the Afrokids® brand with the mission of building Black children’s self-esteem and cultural awareness so that they can better learn from life lessons; respect others and themselves, and take responsibility for their own actions.

Having a history of producing educational and entertaining films, Leo and Ethelyn used their skills to provide the interactive website, Afrokids.tv, produce a streaming channel, Afrokids® TV Channel (on streaming platforms Roku, Amazon Fire TV, and Android TV) and to publish an app (Afrokids.tv) in the Apple App Store and on Google Play.

In a combined career that spans over a century, this dynamic duo is embarking on exciting, new ventures to expand their reach and continue to produce exciting and unique media and learning aids. Also, they are establishing partnerships and affiliations with organizations and individuals that share the same mission.

About Leo D. Sullivan:
A legendary producer, director, and animator with 60 years in the animation industry (Hey, Hey, Hey It’s Fat Albert, the first Soul Train, Scooby Doo, and many more). Leo has produced and directed numerous educational videos, targeted at kids ranging from 5-17 years old, that have been distributed nationally to schools and libraries. Leo has also managed animation studios in China and the Philippines and established a tax-exempt 501(c)3, Leo Sullivan Multimedia Foundation, to introduce and teach youngsters Animation and Video Game Development, and various workshops in STEM education.

About Ethelyn O. Stewart Sullivan:
A retired Deputy Chief of Budget for the United States Air Force Space and Missile Systems Center in El Segundo, CA, Ethelyn (Lyn) first joined her husband in his first company, Vignette Films Inc., and later Leo Sullivan Multimedia, Inc. Ethelyn has served as the webmistress for their websites AfroKids.com and AfroKids.tv, and supports animation projects and videos as a colorist, and editor. Ethelyn now serves as Chief Financial Officer of Leo Sullivan Multimedia, Inc

Gullah, descendants of African slaves in South Carolina who haven’t abandoned their cultural roots. The Gullah people, also referred to as the Geechee, reside in Georgia and the low country of South Carolina within the United States. They are also located within the coast and the Sea Islands – which are a series of small Read More…

When the Ancestors tell you to go to therapy by HESS LOVE DECEMBER 1, 2020 CULTURE, FEATURED, RELIGION, SPOTLIGHT Generational work is breaking the cycle of sweeping mental health under the rug. I do this for myself, my ancestors and my descendants. -@Hess2love  TWEET THIS There aren’t enough accessible therapists to go around. I met this reality after an Ifa divination Read More…

Water Drought in South Oregon and the Federal Relief Program, has contributed to the on-going ground water Crisis in the West. Kimberley Hasselbrink For two decades, the Bureau of Reclamation incentivized farmers to pump water faster than the resource could recover, despite warnings from its own scientists. This year, residents of Klamath County paid the Read More…

Powerful Free Webinar on “How the Wealthy Pay Minimal Taxes”