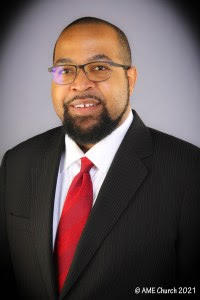 On November 30 at midnight, the Caribbean country of Barbados celebrated the transition from a constitutional monarchy to a parliamentary republic. As a result, the island’s head of state would no longer be Queen Elizabeth II but a President elected by Parliament. Barbados has been independent and self-governing since 1966, yet the British monarch retained its governance by appointing a local Governor-General serving as the Queen’s representative. After decades of debate, the island finally broke its final colonial tie and recognized its first homegrown head of state.

As I watched the ceremony live with my mother, uncle, and family on the island, I noticed the pride and pomp of the occasion as the country claimed its full sovereignty. No longer would official oaths of loyalty be sworn to the British Crown but now to the Republic of Barbados. As I listened to President Sandra Mason and Prime Minister Mia Mottley give their speeches, I heard the emotion and pride of no longer having to represent the Queen nominally. Prince Charles was on hand to celebrate the new chapter of Barbados—a member of the Commonwealth but a country over which he would never reign.

After the ceremony, I reflected on the status of the African Methodist Episcopal Church outside the United States. Since 1822, the AME Church has been an international church. As we expanded our geographic outreach, we have had to face the cultural and political realities of how African Methodism translates locally. For example, in 1856, many of the AME Churches in Canada separated to form the British Methodist Episcopal (BME) Church to avoid enforcement of the Fugitive Slave Act and advocate for local jurisdiction. Even after the Civil War ended, a majority of BME Churches in Canada decided against rejoining the AME Church. In South Africa, apartheid-era concerns regarding the conduct of “foreign” Blacks necessitated the election of Bishop Francis Gow in 1956 and the reconfiguration of the African work, as colonialism ended in the 1970s, to avoid engaging with the South African apartheid regime.

The creation of an international Methodist denomination led by Black bishops was a revolutionary act in the 19thcentury. Decades before Black bishops would be consecrated in The United Methodist Church or in any African church, AME bishops were fully recognized and embraced at the highest levels of the ecumenical and ecclesiastical world. This symbol was one of the reasons that led Father MM Mokone to affiliate his Ethiopian Orthodox Church in South Africa with the AME Church in the United States. It is also why the AME Church became a beacon of hope to anti-colonial fighters across the Caribbean and Africa.

While once a defiant act in the age of empire and colonialism, sending Black American bishops to superintend areas outside of the United States is a colonial relic parallel to the Queen of England positioned as Barbados’ head of state. In the religious establishments of newly independent countries, European leaders were replaced with indigenous clerics. While the Catholic, Episcopal, and other Methodist Churches transformed their highest ranks, the AME Church lagged content to have the supreme governance vested in an American named by the General Conference. The clamors for “indigenous leadership” through the Africa Jurisdiction Council (AJC) led the AME Church to elect three African Bishops in 2004. While again important symbols, none of these African-born Bishops served more than eight years in their “indigenous” area, and concerns regarding governance and sovereignty from Districts 14-20 have increasingly grown louder. The election of a Connectional Lay President and a member of the Judicial Council from South Africa in 2021 are equally great symbols but do not get at the deeper problems of estrangement that pervade the clergy and members of the AME Church outside the United States.

Having a native head of state for Barbados is symbolic, but symbols are important. Denominations as diverse as the Assemblies of God, the Catholic Church, and the Episcopal Church have known that substantive authority must be vested in leadership rooted and grown in the country to truly grow and participate in a national landscape. Relying on American and foreign-born bishops to lead Districts 14-20 not only stunts our growth but stifles our prophetic voice and makes us look like the European imperialists that have long since left their colonies behind. Furthermore, maintaining these areas as excuses to elect American placeholders to bide their time until a US slot becomes available is no longer tenable or practical. The African Methodist empire must end.

In the same way that Barbados reimagined its relationship with the United Kingdom, Districts 1-13 must reimagine their relationship with Districts 14-20. The Global Development Council (formerly known as the AJC) blueprint of instituting authentic indigenous leadership outside of the United States must be implemented. While some districts may need stronger ties to the United States, several areas are past due for complete autonomy and locally elected episcopal leadership. We must have intelligent discussions about how the Connectional Church truly works and what is best for living the dream of the Free African Society.

Within the last 25 years, no less than five separate denominations have split from the AME Church on the continent of Africa, and the AME Church is fast becoming out of touch with members in the Caribbean. If a viable plan to provide for sovereignty is not created, Americans will wake up at a General Conference to realize that all that is left of Districts 14-20 are flags and memories.

You needed me to be a stronger ally in the fight for equal rights and I let you down. I am sorry.’ Walt Disney Company CEO Bob Chapek is telling employees he’s sorry for not speaking out against so-called “parental rights” legislation critics have dubbed the “Don’t Say Gay” bill, and Chapek revealed the company is suspending political Read More…

COVID-19 vaccine Mandatory for U.S. Military beginning Sept. 15, under a plan announced by the Pentagon Monday and endorsed by President Joe Biden. That deadline could be pushed up if the vaccine receives final FDA approval or infection rates continue to rise. “I will seek the president’s approval to make the vaccines mandatory no later Read More…