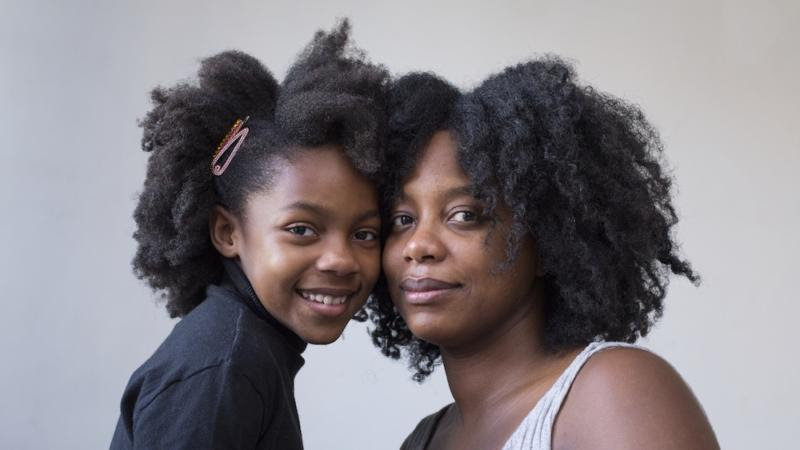 My Mother’s Positive Affirmations Saved Me From Racist Bullies.

Thanks to my mom, reciting positive affirmations religiously has been a transformative exercise that has enhanced my life.

Preceding my first confrontation with a racist bully, when I was nine years old, I was proud to be Black. I felt that being African-American was a gift with many perks and that all shades of brown should be considered just as beautiful as pale or olive skin tones were.

Minorities were the majority at my elementary school. Although my complexion is more mocha-colored than dark chocolate, I was still targeted for being Black. Pretending as though your children live in a colorblind society is damaging and delusional.

This stigma has caused beautiful women to struggle with loving and accepting who they are. In 2014, Oscar winner Lupita Nyong’o

“I got teased and taunted about my skin. My one prayer to God was that I would wake up lighter-skinned. The morning would come and I would be so excited about seeing my new skin that I would refuse to look down at myself until I was in front of the mirror because I wanted to see my face first. Every day I would feel the disappointment of being just as dark as the day before.”

Upon watching Nyong’o’s powerful speech, I wondered why she was unaware of her beauty while she was growing up.

When I was a little girl, my mother had me sing the following words each morning: “I am a pretty little Black girl / As pretty as pretty can be, be, be…” There are several more lyrics to her uplifting song. The message it conveys is truly invaluable.

In a country where racism and colorism thrive, as a young dark-skinned Black girl I learned that my blackness doesn’t subtract from my beauty. My mother’s song begins by mentioning beauty first, and ethnicity second. The words make it clear that being Black is beautiful, and that beauty and dark skin are not mutually exclusive. The lyrics also convey that being a Black girl is inherently positive. Not only am I pretty while being Black, but I also couldn’t possibly look any better than I already do, considering that I’m “as pretty, as pretty can be, be, be.”

This song laid out the foundation from which my confidence was built. My mother taught me that I’m worthy and that being Black is beautiful — so beautiful that others have taken note. Years later, when I was in fourth grade, a racist bully named Hector put my confidence in a pressure cooker to destroy and extract its remnants.

Hector would constantly tell me that each day because I was the darkest person in our class. My retort was, “No I don’t! I don’t look like burnt toast!” At least we both had matching levels of creativity.

I secretly wondered, what’s wrong with being dark? I was also acutely aware that everyone unanimously hates burnt toast and throws it in the trash. Being raised to be proud of who I am, along with walking outside of my classroom and seeing kids who were darker than me, confirmed that there was nothing wrong with being dark-skinned.

There wasn’t a day that would go by when Hector wouldn’t repeatedly call me burnt toast. I never tried to break Hector down the way he seemed laser-focused on attempting to break me. I didn’t shed a single tear in front of him. I eventually told my mom, who complained to my teacher. Hector’s abuse subsided, and he wasn’t in any of my classes after fourth grade.

“Your hair looks like a dick!” is how Eddie, a classmate I had in junior high, would inform me of what he thought my hair looked like in a ponytail. Being African-American, without having a large fan blowing strong gusts of wind that knock back my strands of coiled hair, my flat-ironed mane moved in slow motion.

Joey was fully aware that the texture of my hair was different than his, but he didn’t manage to make me want to assimilate. Instead, I’d argue with him about his assessment of my hairdo. I continued wearing ponytails because I liked them. Joey eventually got bored and moved on to new victims.

In high school, my ethnic features were targeted once again when I was in art class. “Put your hand in your hair and it will get stuck!” is what another racist bully told me. He and his younger brother, who was also a student in the same class, burst into a fit of laughter. I always had a ton of thick long hair that I hadn’t spent time thinking about whether or not my fingers would “get stuck” in.

I was embarrassed and annoyed that he insulted me so loudly that other students could hear him. Looking at the unattractive faces of him and his brother was payback enough for me. I told them they were dumb, shook my head and continued working on my assignment. The older brother made fun of my nose; he clearly overlooked my thick lips and left it at that.

I shudder at the thought of what my self-esteem may have dissolved into had it not been for the confidence that was instilled in me by my mother years prior. Throughout my time in school, and for the years thereafter, whenever someone tried to tell me that I was defective, their words did not break me. I know there’s something very wrong with someone miserable and stupid enough to rely on stereotypes or target someone else for their ethnic differences.

The confidence I gained from positive affirmations is self-care that one is never too young to learn. It has fueled my self-worth and bolstered my self-esteem before anyone attempted to make me a victim of their hatred — years and decades even after I had stopped singing that “I am a pretty little Black girl” lyric every day.

POITIER FUNERAL DIRECTOR Rev. Bernard Carlton Poitier Sr., a man friends and family say possessed a heart of gold, was given a homegoing ceremony fit for a prince last Friday. For decades, the founder and former proprietor of the Poitier Funeral Home devoted time, energy and even money to the beloved communities in Miami he Read More…

One on One Prenatal Yoga Magic: Powerful, Peaceful Journey Within

By Jill Douglas Prenatal Yoga Magic: The Word yoga is Sanskirt for yolk or union, The body, mind, and spirit are united in this ancient practice of postures through the bridge of the breath. Prenatal yoga is also a holistic experience for pregnant women. Not only is it good for mom, but it can also Read More…

Black Hollywood Producer, Director, and Animator –  Mr. Leo Sullivan and Ethelyn O. Steward Sullivan, who have been working together for 60 years to uplift and inform Black families through animated interactive content. Their brand is called Afrokids® and pairs many digital properties including AfroKids.com and AfroKids.TV. Recently, they were honored by the Rev. Jesse Jackson’s “Operation Push” Read More…