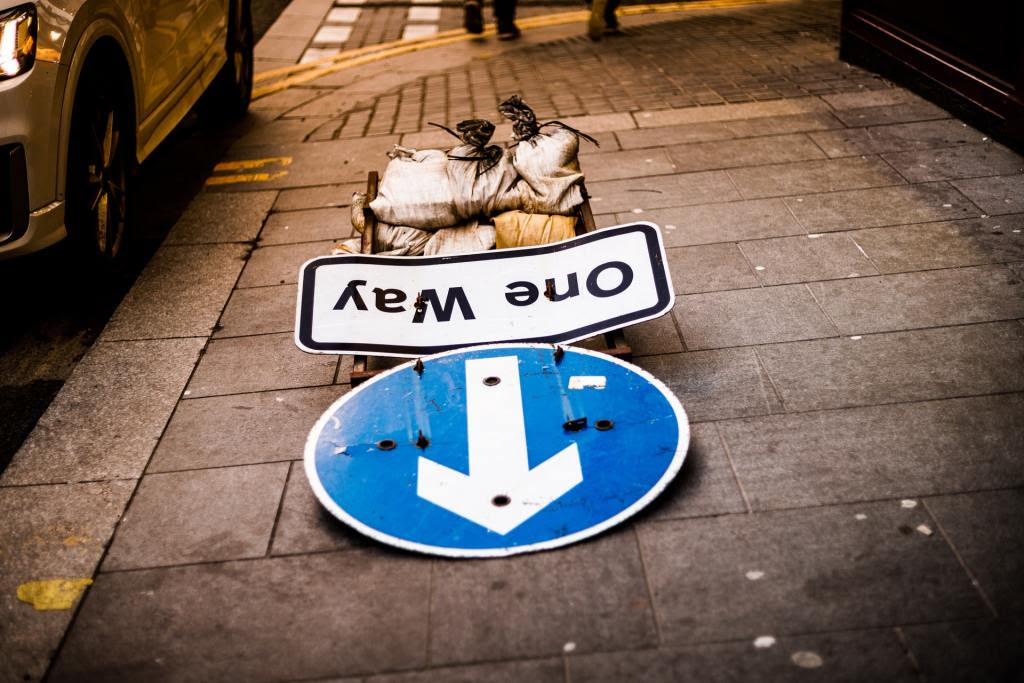 “Sometimes things have to get worse before they can get better.”

This is something that I only got recently..

I always heard this and thought “yeah, yeah, that’s probably true… for other people. I’m just going to cruise from one level of awesome to the next.”

But the other day I got it.

And I got it because I went the physio.

I went to the physio to get my shoulder looked at. As you know, I hit the gym pretty regularly. I like the energy it gives me, and I like to keep myself looking like a Greek god (the god of eating and drinking.)

But my shoulder was starting to tweak out a bit, and I think all the time I was spending at the computer probably wasn’t helping.

Anyway, I won’t go into the details of the bio-mechanics (because there’s no way I remember), but my physio spent some time on my shoulder and loosened a bunch of stuff up.

And what I noticed was that my shoulder was feeling better. So that was great. But then my neck was feeling really sore. And under my arm pit. And across my chest.

I’d seemed to have replaced a single chronic pain with a whole bunch of minor ones.

So I went back to the physio and was like, “hey, what’s going on here?”

And they said, “Sometimes it has to get worse before it gets better.”

It turns out that what was happening is that I was using my shoulder in a particular way to protect other parts of my body.

Eventually, that funny way of moving started to create pain in my shoulder.

But what that meant was that when we got the shoulder moving freely again, it was no longer protecting my neck and my chest.

And without the protection of my shoulder, I now became very conscious of the pain in my neck and chest.

It felt like a new pain, but it was actually just an older, legacy pain being unsurfaced.

And so now I have more work to do.

And at this point I got it. This is why sometimes it feels like you’re going backwards when you’re going forward.

We build many different rigidities into our life to ‘protect’ pain points.

So maybe feeling poor is painful, so we cover that up with a resentment of rich people and an unfair capitalist system.

Maybe we felt shame about our creative urges, and so we cover that up with a hyper-macho commitment to being ‘business-like’.

Maybe we were rejected in love, and so we cover that up with an over-the-top righteous commitment to dead-end marriages, with an expectation that marriage should be dull and boring.

Whatever it is, at some point those protective measures don’t serve our broader life goals. They are protecting particular pain points, but they are holding us back from living a rich and happy life.

And so we need to ‘unwind’ them.

But when we unwind them, the old pains resurface, and now we’ve got to deal with them.

And this is why sometimes things have to get worse before they can get better.So stick with it.  Keep going, and eventually everything will be moving in harmony again. That point exists.  Just got to push through it

Dominion Voting Systems on Friday filed a $1.6 billion defamation lawsuit against Fox News, arguing the cable news giant falsely claimed in an effort to boost faltering ratings that the voting company had rigged the 2020 election. It’s the first defamation suit filed against a media outlet by the voting company, which was a target Read More…

COVID-19 Perks For Getting Vaccinated – Free Krispy Kreme Doughnuts, Cash And Even Marijuana

Getting America vaccinated will go a long way toward helping the country return to some sort of normal. Key Points ** Businesses have begun offering incentives to encourage more people to get their Covid vaccine. ** From Krispy Kreme doughnuts to cash and gift cards, here are a few of the freebies available now. Already, Read More…

Nationwide — Ruby “Sunshine” Taylor, a graduate of Howard University and the founder of Financial Joy School based in Baltimore, Maryland is proud to introduce Project 10,000, an initiative geared towards providing essential financial education to black and brown youth and families through the financial literacy card game, LEGACY! Card Game. The initiative is supported by a $250,000 Read More…