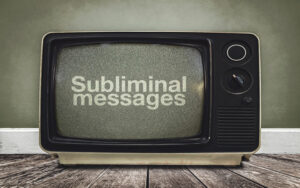 The military and intelligence agencies are inserting messages into films and television shows, according to author and film analyst Jay Dyer.

“They had done a whole in-depth research into the various military, Pentagon agencies inserting messages into films and so that kind of solidified there. We do have a precedent, clear examples of the fact that the military is clearly paying to have messages put in there,” Dyer told Dr. Lee Merritt during the August 10 episode of the “Merritt Medical Hour” on Brighteon.TV.

The comedian and TV presenter, who is known for his deep analysis of Hollywood, geopolitics and culture, added that these agencies had a say in the editing and approval of the script of the movies or TV shows. He also mentioned that the Central Intelligence Agency (CIA) had been consulted on films released right after the September 11 attacks.

“So we started seeing movies that were no longer more of a covert relationship between these agencies in Hollywood but outright promotion,” Dyer said. “Americans are now seeing more Hollywood movies and TV shows that clearly had the support of the Department of Defense and CIA.”

The author of “Esoteric Hollywood: Sex, Cults and Symbols in Film” stated that there was a Freedom of Information Act (FOIA) request submitted in 2016 about the actual fund allocations by the Pentagon and the CIA to films and TV shows.

They found through that FOIA request that the Pentagon and the CIA had actually paid for thousands of films and TV shows over several decades to have all kinds of messages inserted into them. (Related: Pro-pedophilia messages now being embedded in Hollywood movies for CHILDREN.)

Dyer also said this vindicated a lot of the suspicions and information that he had been studying and investigating since the mid-2000s.

Film revelations are a form of deception, projection and psychological warfare

Dyer pointed out that some astounding revelations in movies are actually a form of deception, projection and psychological warfare.

The co-creator and co-host of the TV show “Hollywood Decoded” added that spy fiction stories are at least to some degree accurate. He also told Merritt that spy fiction novels would include things like false flags or staged events, which a lot of people would think of as a conspiracy.

“People need to sift through deception and disinformation, such as white propaganda and black propaganda,” Dyer said. “The movie camera really begins as a propaganda tool for warfare and military purposes.”

Propaganda also helps to prop up false narratives and there are multitudes of reasons why it is being done. According to Dyer, the people who do these things would study the history of propaganda, including the techniques and tactics to engage in the different kinds of lies.

Dyer also said the lie about the weapons of mass destruction was a made up intelligence that the media pushed into the minds of people. He noted that traumatic events can produce different kinds of shock in people, and the media has the ability to traumatize people.

The film analyst said even the James Bond stories were a preparation for the war on terror and that Bond creator Ian Fleming knew America would transition from the Cold War to the war on terror.

Dyer said the long-term global conflicts are planned ahead of time and propaganda is the key to seeing them happen. He said the narrative of international terrorists causing a global problem can be seen in films like “True Lies,” which was a blockbuster that depicted Arab terrorists as a global threat.

A recent episode of the X-Files showed Agents Mulder and Scully dining in a restaurant where there wasn’t a single person in sight. Rather, everything was automated—the ordering, the food prep, the delivery system—offering some playful commentary on the technological world we live in today. Robots are starting to play an important role in restaurants Read More…

U.S. Military Recruiters & The Homeless:  What would happen if a homeless person walked into a military recruiters office and told them that they wanted to join the military to have a job and better life? By David Cyr I have a perfect answer for you. I was a Recruiter in Yonkers, NY. My recruiting Read More…