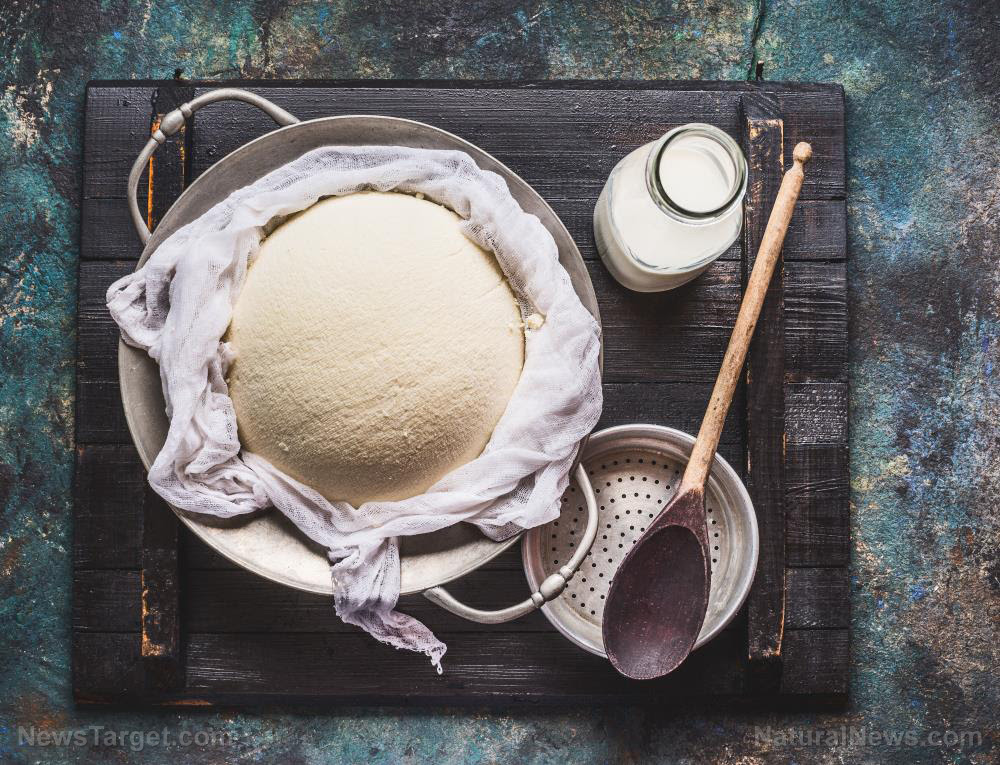 Cheese has titillated our taste buds for thousands of years. Animal milk has been used to make cheese in nearly every corner of the world, culminating in more than 1,700 distinct varieties today. Some of the more popular cheese varieties include sharp Cheddar, buttery Gouda, mild paneer, holey Swiss, creamy Brie and stringy mozzarella.

But cheese — as delicious and versatile as it is — is chock-full of saturated fat and sodium, both of which can cause a variety of health problems when consumed in large amounts, including weight gain and heart disease. According to recent studies, cheese may also be as dangerously addictive as commonly abused drugs like opium or heroin.

If you’re hesitant about giving up cheese, consider switching to a healthier alternative: cashew cheese.

Cashew nuts as a vegan alternative to cheese

Nut cheese is often made from cashew nuts, which are dense and creamy when blended. Cashew nuts don’t need a ton of thickeners, which is why they’re commonly used in vegan alternatives to dairy.

Cheese made from cashew nuts is often mellow in flavor. But it can also be made to taste sharp using zesty ingredients, or sweet using dried fruits. In terms of texture, cashew cheese is soft and crumbly.

But it’s not just the taste and texture of cashew cheese that cheese-loving vegans are after. Cashew nuts are rich in nutrients, including soluble and insoluble fibers, heart-healthy fats and protein.

Insoluble fiber, on the other hand, doesn’t dissolve in water. It keeps food moving through the gut instead, promoting bowel regularity and preventing constipation.

Cashew nuts are also a healthy plant-based source of protein, the building block of your muscles, skin, bones and organs.

How to make vegan buffalo mozzarella

Buffalo mozzarella, the gold standard in Italian cheese, is made from the milk of Italian water buffalos. It’s best known for its creamy texture and slightly sour flavor – a combination adored by many Italians.

This vegan recipe for buffalo mozzarella will have you making smooth balls of cheese, leaving the buffalo alone. It’s also a really fun recipe to make. Using thermal shock, you’ll craft a mixture and set it quickly in ice-cold water. After a few minutes of chilling, the mixture will firm up into a ball of mozzarella that you can then use for cooking. Try it in a classic Mediterranean salad or enjoy it sliced over homemade pizza.

If you want to enjoy cheese minus the health risks, try making your own cheese at home using the recipe above.

Bob Marley died in 1981 but earns $23m a year after a 3-decade legal battle over his estate Reggae icon Robert Nesta Bob Marley did not die a poor man and his family escaped destitution, thanks to the wealth he left behind from his years of musical dexterity which shot him to global acclaim as Read More…

Become Powerful -You Are a Sovereign Being

You Are a Sovereign Being – Time to Start Acting Like It There is a growing awareness and indignation about the injustice and inequality running rampant in our world, and growing interest in creating the better world that we all know can exist. One of the key changes that needs to happen to enable the Read More…

The Gantt Report – Trouble and Power

By Lucius Gantt      The passing of the late, great civil rights icon and non-violence advocate, Rep. John Lewis has resulted in the frequent use of one of his favorite phrases, “good trouble”.      I imagine, good trouble is in some way better than bad trouble. However, in my lifetime, good has never been able Read More…