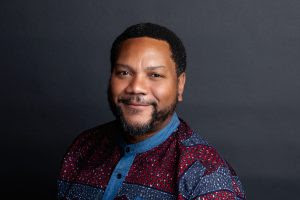 The Power of the Voice – When the Word Becomes Incarnate

Alone they are inanimate. Just words on the page. Without context, definition, relevance, or meaning. Kind of like—White. Deaths. Unimportant.

Whoever writes or speaks those words as an affirmation invokes an empowering love for self and others. However, it is more than a declaration or a call to action when proclaimed in this way. It is an action in and of itself. The words have become incarnate.

Language and action ought to be inextricably linked. Or, to paraphrase the bard of Long Beach, Snoop Dogg, one without the other is like Harold Melvin without the Blue Notes, “they’ll never go platinum.”

Words give action meaning, and action gives words life. What you do should be a manifestation of what is said. Black Lives Matter is a phrase and a movement rooted and tethered to the lived experiences of people of African descent in America. It is historical and contemporary. It is political, sociological, and educational. It is eschatological and existential. It is why Audre Lorde wrote, “Raising Black children — female and male — in the mouth of a racist, sexist, suicidal dragon is perilous and chancy. If they cannot love and resist at the same time, they will probably not survive.”

For religious education to equip Black people to love and resist for the sake of survival, it must first embrace a critical pedagogy that begins with the learners existing knowledge and connects it with their lived experience. This embrace requires rejecting the normative gaze framed by those in power, favoring an alternative consciousness that challenges the religious, political, and social order. This is precisely why Black Lives Matter, uttered as a statement or expressed in action, is so threatening and unsettling to many. It is more than a representation of an idea or a desire; it is evidence of a transformation from acceptance or acquiescence to rejection and resistance.

The Power of the Voice – When the Word Becomes Incarnate

Protest is often the result when religious educators connect public theology with critical pedagogy that interrogates the normative gaze. How can one not challenge and seek to change the status quo when one’s gaze has shifted to the perspective of those in need of being served rather than those who demand to be served? Education that is empowering begins by focusing on the lived experiences of the one being taught. All education, particularly religious education, must first be relevant to the learner for it to be transformative.

My very first class at the Howard University School of Divinity was “Introduction to Ministry and Theological Writing.” It is a core class that students are encouraged to take during their first year, preferably the first semester. Still, I took the class merely because it fit my hectic extracurricular and fixed schedule as a senior government executive, husband, and father. Despite the circumstance, I am glad this course served as the genesis of my theological studies. It required me to think about and try my hand at writing for the academy and the pews. Although I spent the years since the turn of the century earning a paycheck as a journalist, press secretary, communications director, and senior advisor, I stood at the precipices of something wholly other.

Sure, I had written academic papers as an undergraduate, but that was in the last century. Even then, I never had to opine on eschatology, theodicy, or soteriology.

Other than attending class regularly and participating in the classroom, the only other requirements were two papers—which required me to examine my relationship with Jesus. The first was to be no more than six pages and was due halfway through the semester, and the second was 10 to 12 pages and would serve as our final. Easy enough, I thought. However, I did not realize that virtually every week, I had to submit a draft of the papers, workshop, or discuss the material I unearthed in my research.

There was never any mystery about how or why each assignment related to the course objectives, which laid the foundation for approaching ministry and communicating theological concepts. Yet, both concepts were new to me. The theory of the course was illuminated in how we engaged the material. Those papers informed how I approached classes such as Systematic Theology and Church Administration throughout my seminary studies and how I engage in ministry.

As a student, what I loved most about the professor was that she frequently said she wanted and expected us to get an A. Initially, I was thought “A” exclusively referred to a grade. Still, as I received her feedback on my drafts and listened to how she facilitated our class discussions, I could discern a deeper and more profound meaning. Yes, an “A” meant that we mastered the material according to the grading rubric. Still, more importantly, it meant we divined an ability to tap into an eternal well from which we could draw to give life to dry bones.

Modulasetulo (The Chairman), Living with a disability

By Rev. Mmakgabo G Sepoloane, Contributing Writer Besides being the leader of his church, the Reverend Bantekile Jacob Sehau does not head any other components in the church. Yet, among most of us clergy in the MM Mokone Memorial Annual Conference of the 19th Episcopal District, he is affectionately referred to as /Modulasetulo/ (Chairman) – a Read More…

US Government Should Buy The Greyhound Bus Co.

The US Government should buy the Greyhound bus company because: Switching from car to motocoach cuts carbon by an astonishing 88%. Millions of Americans rely on motorcoaches, but the pandemic hit bus companies hard. Joe Biden’s love of trains is well known. “Amtrak Joe” has vowed to invest in America’s crumbling railways and encourage Americans Read More…

They were also called the ‘Negritos’ The Andamanese are comprised of the five large tribes mentioned above; the Great Andamanese on Strait Island are speculated to be 50 in number, the Jarawa of the Jarawas of the Great Andaman archipelago, the Jangil of Rutland Island, the Onge of Little Andaman, and the Sentinelese of North Read More…