Oh, Mary don’t you weep. Tell Martha not to mourn!

It is easy for Russian President Vladimir Putin to invade Ukraine but if his army does not retreat, the consequences for Russia’s most wealthy individuals and businesses will be devastating.

SWIFT is necessary for all of the world’s multi-billionaires. If the Russian government and Russian oligarchs that have money and political power are prohibited from utilizing SWIFT, the Russian economy will be crushed. 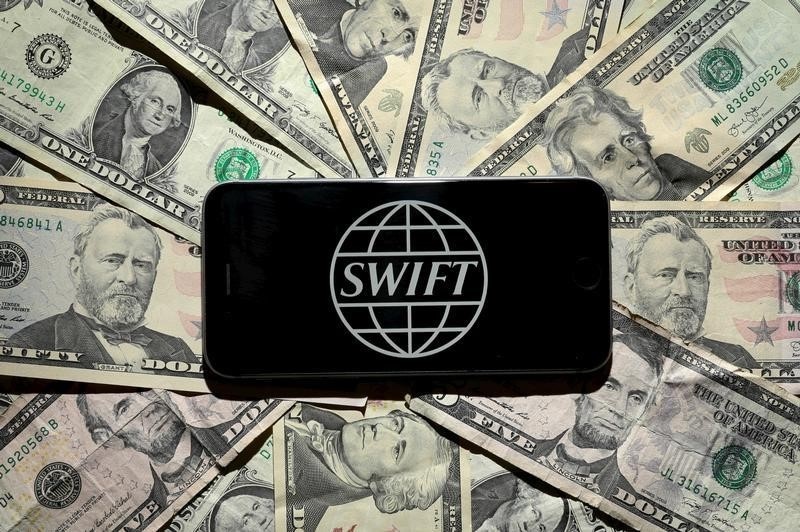 The journalists that you love can tell you SWIFT is an acronym that stands for Society for Worldwide Interbank Financial Telecommunication.

But The Gantt Report can tell you how it works.

Let me show you an example of SWIFT usage.

If Russia wants to sell China or Japan 20 million barrels of diesel fuel, the transaction has to be done via bank-to-bank. Dollars, Pesos, and Euros don’t move around the world in huge amounts, the transactions, guaranteed by SWIFT are basically paper transactions.

Russia, for example, will instruct their Russian bank to send a SWIFT message to the oil buyer’s bank stating that they can receive payments for oil purchases. The oil buyer’s bank will respond to the bank message with a message of their own that the buyer is RWA (Ready, Willing and Able) to proceed with the transaction.

If Russia cannot access and do business on SWIFT, their commodity oil and gas operations are doomed to die.

President Biden and America’s allies are doing more than pimp slapping Russia, they are getting into a financial beast mode!

SWIFT is a serious sword in the battle to end the invasion of Ukraine. I want Gantt Report readers to know how billion and trillion dollar deals are done.

Every day is a day when Black people are told buy penny stocks, invest in Chinese crypto companies and to save their change in a coin jar.

The Black men and women that know how to use SWIFT and know how to speak the language used by commodity traders and governments are shunned while monetary pretenders and charlatans send you emails every day suggesting that they are financial experts.  If you ask your bank teller you want to send a SWIFT message about a pending billion dollar transaction, they probably won’t have a clue about what you’re talking about.

I have been trying to get rich Blacks to give me a minute or two to explain to them how their money advisors have been misleading them and ripping them off.

We all have heard how Black entertainers, athletes and business persons have gone from riches to rags but why haven’t we heard about their financial advisors going bankrupt too?

Somebody call 911! When we begin to trust each other, share knowledge with each other and help each other we will benefit from SWIFT and massive financial transactions like everyone else.

SWIFT is no joke. SWIFT is serious and necessary to move huge sums of money.

De-Cloaking the demons running the global depopulation campaign just telegraphed their exact plans for 2022 – 2024. (Natural News) As the truth about the anti-human demonic entities running our world today is revealed in the present, it provides us the opportunity to reevaluate the past and gain new understanding from our own first person witnessing of history as Read More…

Bob Marley, loved for spreading reggae music throughout the world. Bob Marley stood for more than just music. His songs promoted freedom for poor and oppressed people throughout the world, social equality, and justice. Marley even won the 1978 United Nations Medal of Peace. Sadly, events surrounding his estate have been anything but consistent with Read More…

The Book Report Club By Lucius Gantt The Gantt Report Book Club has only one member, me. I thought the club title would have some significance because when Oprah Winfrey talked about books in her book club, many of the writings subsequently became best sellers and made top 10 lists in newspapers like The New Read More…