War in a Political Babylon 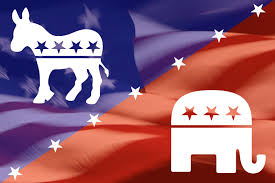 If you listen to members of the Republican and Democratic parties, there is a political war going on, a war in a Babylon!

The war talk is mostly a GOP thing but after Republicans armed themselves and attacked the United States capitol to prevent the orderly transition of power from the losing President to the victorious new President, war rhetoric cannot be taken lightly.

Politicians describe political battles as a “war” between the haves and the have nots.

But I have a different take on what’s happening in politics.

First, let’s digress a bit. Babylon was the capital city of the Babylonian Empire. It was in the area now known as *Iraq.

Many of the things like alcoholism, adultery, gluttony, evil, and other bad things happened on the regular in Babylon.

In my mind, the so-called political war being waged by the major political parties is primarily about money.

Members of both parties want America’s billionaires to get as much government money as possible but one political party desires to share some crumbs from government bread with the masses.

With midterm elections only days away, Every elected official is putting a personal spin on issues like inflation.

The communities that are impacted most by inflationary political decisions are Black communities.

In a political war, poor people suffer more than any other group of citizens.

Most of America’s largest corporations have been paying little or no taxes. The secretaries of CEOs pay a higher percentage of taxes than the richest corporate big wigs.

Yes, President Biden and Congressional Democrats recently voted for legislation that will reduce costs for medicine, for energy, for climate change initiatives and more but much more could be done and should be done.

You see, Babylonians loved to party. Alcohol flowed like rivers and the people were classified by class, the elites, the free men and the slaves.

We are at war but we don’t have weapons of mass destruction. We can’t make weapons, we can’t buy weapons and we can’t borrow weapons.

In a political war, our fate parallels the buzzard’s, we can’t kill anything and nothing will die.

American war talk will continue because money is worth fighting for.

However, one war that politicians are afraid of is a guerilla war.

A political guerilla war is an irregular type of warfare in which small groups of victimized citizens use political ambushes, sabotages, raids and hit and run tactics.

In a political guerilla war, oppressed and exploited voters and citizens may be attacked and bombarded with false political promises in Congress and on the campaign trail but on Election Day, when qualified voters step into the voting booth, the war becomes even Steven!

Global report: FL among top states for mass incarceration. Florida and a dozen other states imprison people at the highest rates in the world, without demonstrating that incarceration reduces crime, says the Prison Policy Initiative, a non-partisan research and policy advocacy organization. Florida’s rate of incarceration in prisons and jails was 795 people per 100,000, Read More…

Code With Kids and See What Happens

Code With Kids and See What Happens – written with Karly Moura! Just a few weeks ago Adam was talking with some Principals and one commented – “I’m surprised people are still talking about coding. Do you think it’s here to stay? Most of the kids at my school won’t be programmers or work for Read More…

Non-Profit Prison Reform Organization to Review 1,000 Wrongful Conviction Cases, The Prison Reform Project, a California-based non-profit organization, has set the goal of reviewing at least 1,000 wrongful conviction cases from across the country. The organization is led by its director, Clyde Beasley, who himself was once wrongfully incarcerated and was able to skillfully exonerate himself Read More…