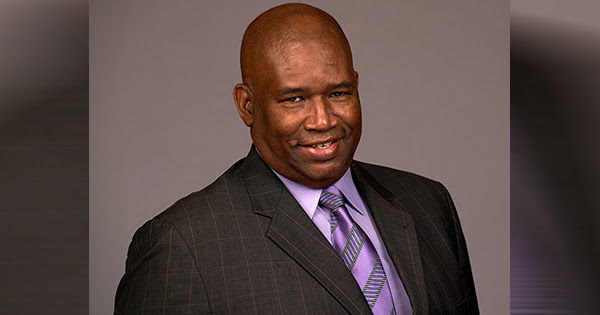 Nationwide — Orrin “Checkmate” Hudson, a world-renowned African American educator and founder of a nonprofit called Be Someone, has launched a free online summer camp via Zoom for teenagers and children who need a little bit of help keeping themselves busy this summer. During his online sessions, which are every day from 10am to 11am EST, he teaches them the powerful game of chess

Hudson says that he himself was a gang member as a teenager. His life was destined for failure when a teacher taught him the game of chess. It not only changed his life but as Hudson will tell you, it saved his life. He went on to serve in the Air Force and became an Alabama State Trooper and later, a successful businessman. But in 2001, he heard of a horrific crime in New York City where a group of teenage criminals murdered several fast-food workers, also teens, in a robbery gone bad. “It was then I knew I had to act,” he says. Like then, Hudson now is in action mode, using his Be Someone Inc. program to reach as many young people as he can to teach them there are consequences for every move they make whether in life or on a chessboard.

Hudson’s program has been of heightened interest lately as youth crime has jumped in the Atlanta area, where his training facility is located. Community leaders are coming to him asking for help. He is currently offering several Zoom-based summer camps as well as other hybrid classes that combine virtual instruction with some in-person classes in Stone Mountain. The chess champion – the first African American to win the Birmingham city-wide championship – has reached more than 85,000 young people nationwide – many of them at-risk youngsters – with his non-profit program he launched in 2001. Now he feels an increased urgency to make his chess board available to students no matter where they are. “If they have access to a computer,” explains Hudson, “they have access to me and my life changing program.” More about that in a moment.

So what is it exactly that Hudson provides that resonates with young people today? “Walking the walk and talking the talk” is much more than a cliche’ to this Georgian. “I know what it is like to turn my life over to someone else to make decisions for me. I know what it is to be in trouble and to cause it. I know what it is like to not think past the moment. Tomorrow? It was not part of my thought process,” he stresses. Until… he learned the game of chess. It taught him to use his mind for himself. To make well-thought-out decisions designed to make him a winner, not a street loser, he took what he learned and refined it into a program that uses the game’s required discipline that leads to strong decisions that ultimately result in, what he describes as, “dominion,” owning the future.

Talking the talk? When Hudson talks, kids listen. His no-nonsense way gets their attention from the first word. He is much more than an instructor. He is a mentor who has an interest in every young person sitting in front of him. Every time there is another bad headline extolling the poor decision of another young person, Hudson asks himself, “If I could have reached him or her, I know I could have saved them. I could have helped them avoid the wrong move that changed multiple lives.”

“Brains before bullets,” “Think it out don’t shoot it out,” and “Heads up, pants up, grades up, never give up,” are just a few of the tried and true slogans that Hudson uses that are much more than words to many of today’s young people. “I teach them they own their destiny and they truly are someone,” he says. He continues, “Many of these kids do not see their own value. They have never been taught to believe in goals and expectations and, more importantly, themselves. When they take a seat behind the king, queen, pawns, bishops, knights, and rooks, they learn to become ‘think warriors.’ That is their army and they are the commander.” He laughs, “Now, think like a kid… how cool is that?” His students learn to think ahead and ponder what results will come from each move. As Hudson points out, that is a unique concept to many kids and becomes liberating for them.

Dakota School makes learning fun and informative for elementary students When COVID-19 forced the nationwide transition to online learning, schoolchildren found themselves at home trying to transition to the concept along with their parents. Ten-year-old Dakota Adeyemi was in a similar situation, but managed to keep herself busy by searching for Black history on the Read More…

Nationwide — Ruby “Sunshine” Taylor, a graduate of Howard University and the founder of Financial Joy School based in Baltimore, Maryland is proud to introduce Project 10,000, an initiative geared towards providing essential financial education to black and brown youth and families through the financial literacy card game, LEGACY! Card Game. The initiative is supported by a $250,000 Read More…