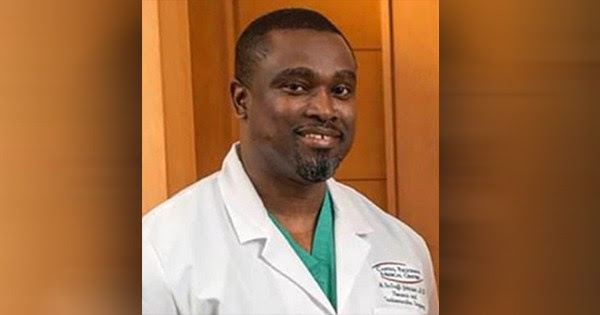 Nationwide — Dr. Moses DeGraft-Johnson, a heart surgeon from Tallahassee, Florida, who was guilty of healthcare fraud after bilking health insurers with millions of dollars, has been sentenced to 7 years in prison. He was also ordered to pay $28.4 million in restitution.
In December 2020, DeGraft-Johnson pleaded guilty to 56 counts of healthcare fraud, conspiracy to commit fraud, and aggravated identity theft. He also surrendered his medical license.

“I stand before you to let you know I’m very remorseful,” he said as he spoke directly to the judge, according to WCTV. “I take full responsibility. I did wrong. I’m very sorry. Even though I’m not going to practice medicine, I feel that there is a lot of good left in me.”

He was charged with billing Medicare, Capital Health Plan, and others for expensive procedures that he never performed on his patients from underprivileged communities. He also allegedly subjected patients to angiograms even though they did not need them. He used the money he got to sustain a lavish lifestyle, reports said.

Meanwhile, DeGraft-Johnson, a native of Ghana who came to the US when he was a child, claimed that he really intended to help people. He mentioned his relief work in other countries. He was reportedly the first to perform open-heart surgery in the Virgin Islands.

With that and his cooperation with the government, the prosecutors believed that DeGraft-Johnson deserved a lower sentence from the federal guidelines, which ranged from 21 to 27 years. Chief U.S. District Judge Mark Walker ultimately decided on 7 years.

REPThe Real Deal On Reparations: How American History Has Justified H.R. 40 Those who were willing to commit to spending 4.5 billion dollars over the next decade to “celebrate” Juneteenth have no excuse for failing to support H.R. 40. Distorted portrait of Black male. / Photo Credit: Getty Images If you’re interested in sharing your opinion on any Read More…

Maya  Angelou Coin has finally be release.  After a decades-long fight – and, to be clear, amidst enduring, egregious inequities – the U.S. Mint has begun circulating a new quarter featuring the late poet, author and activist Maya Angelou, now the first Black woman to appear on the coin. The Angelou tribute is the first in an American Women Read More…