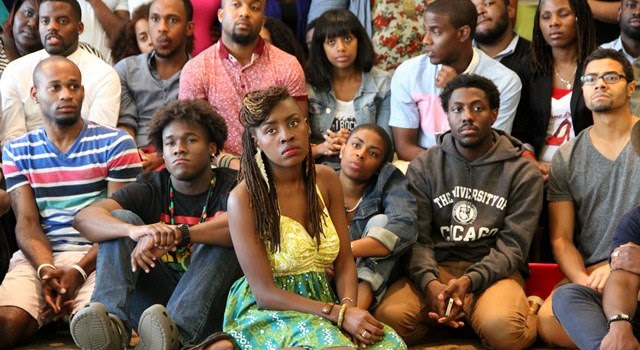 While we may not be going to church in the traditional sense, we are gathering together in unique spaces, both in person and online.

Washington Post columnist, Christine Emba, published a piece on Oct. 27, titled Why millenials are skipping church and not going back. Emba declared millennials were interested in gaming, ambitiously building their careers, or just too busy to make time to attend service. While Emba isn’t necessarily wrong in her assessment, I couldn’t help but notice a key point left out of her argument.

Black millennials aren’t leaving the church because we are too driven in our respective careers, we’re leaving because our faith is broadening. And we’re resonating with the traditional spiritual beliefs of our ancestors.

In the past, Christian spaces left millennials without refuge to worship and thrive spiritually. The argument that we are leaving the church because we want to clink mimosa glasses around is irresponsible and deserves further discussion. We are leaving in search of a practice[s] that is overtly inclusive of our sexuality, ancestral practices, and race — both in who we see or interact with in the congregation, as well as the pictorial representation in worship spaces.

My distaste with aspects of the church isn’t unique. Similar to many millennials, I grew up in the church and was an active member. I served on the usher board, sung in the choir and praise team, praise danced and recited speeches for Easter and Black History Month. I believed in Jesus because that was what I was told to do, and I knew not to question it.

RELATED: Which Black Lives Matter to the Black Church?

But when I got to high school, I began questioning the God I had been taught to love. On the day I was assigned to usher, a woman walked in late for service. I remembered her. She attended one of our members’ funerals not too long ago and it was whispers went around that they’d been lovers.

She entered the church doors as the preacher spoke, and took a seat in the back. In minutes, the trajectory of the preacher’s message changed. She began condemning homosexuality and it was clear that the woman’s late entrance triggered her rant. The preacher called homosexuality and those who were same gender loving “nasty,” claiming they were “going to hell.”

The woman looked uncomfortable. The preacher returned to her seat thinking she’d spoken the word of God, but in actuality unknowingly led two people (that I know of) away from the church that day. The woman never returned again and although forced to go to church under the roof and rules of my parents, I began to mentally and spiritually check-out.

This story is neither new, nor emblematic of all Christian churches. The rhetoric has been so widespread that just ten years ago, similar messages were not only accepted, but normalized. Despite the dependency and utilization of the stereotypical gay choir director, preachers have used their platforms to shame and blast others’ sexuality. They do so under the excuse that “the word,” they bring forth is a God appointed and necessary truth.

For the past decade, millennials have been leaving the church because some of them produce hate speech. Additionally, Black millennials are in search of a spirituality that centers their existence. Black churches celebrate Black History month, but rarely acknowledge a major part of our culture and past, which is the African Traditional Religions and spiritual beliefs our people crossed the water with.

RELATED: The Black church can engage more Black millennials by bringing politics back into the pulpit

In a time where Black people and youth are reclaiming their authenticity and culture, the Black church needs to immediately reform its practices.

Christianity, though very much embedded in modern Black American experience, participated in harming Black psyches that tricked us into deeming whiteness as superior, sovereign, and divine. The religion gave us a deity that did not represent its people, unlike what Oshun, Yemaya, Shango and Obatala offer up.

Despite the pain that our folks went through, they brilliantly maintained certain African customs and traditions, masking them under Christianity and Catholicism. They unpacked the white man’s religion to work in favor of their survival both physically and spiritually. The beauty of a praise break, known as shouting, resembles going into trance. Communion Sunday is a ritual of blood. Hoodoo, although not required or always practiced this way, can consist of “spells,” from the book of Psalms for protection and peace.

The prophets known in the church are now readers of tarot, bones and tea leaves. People are unlocking their spiritual talents and understanding signs from God whether it be by way of astrology, numerology or just in nature itself. Christianity, and religion as a whole, are broadening. Millennials are leading the charge.

While we may not be going to church in the traditional sense, we are gathering together in unique spaces, both in person and online.

What many see as an escape from the church is simply a spiritual return to who we used to be and an exploration to who we have the potential to become. As Matthew 18:20 states,  “where two or three gather in my name, there I am with them,” wherever that may be.

Meagan Jordan is a culture writer based in the tri-state area. She focuses on issues surrounding race, identity, sexuality, and religion and pays attention to how these themes formulate the thread of culture. She is a proud alumna of North Carolina A&T State University and received her Masters at Columbia Journalism School.

JUDGEMENT COMES WRAPPED IN MANY DIFFERENT SHAPES AND SIZES

We all need to stop worrying about what others are doing and focus on our own journey. Some of us want to bash the Church, while they are acting exactly like the church, they bash…when they say, “you are wrong, and I am right” or “my beliefs are better than your beliefs” Everything seems to Read More…

The Gantt Report – The Babayka’s Boo

The Babayka’s Boo By Lucius Gantt Most of America’s imperialist press reporters seem befuddled when opining about the location of more than a few “top secret” documents wrongfully taken from the government when Donald Trump was voted out of office. It wouldn’t surprise me if Russian President Vladimir Putin knows exactly where the documents that Read More…

COWS DON’T GIVE MILK A father used to say to his children when they were young: —When you all reach the age of 12 I will tell you the secret of life. One day when the oldest turned 12, he anxiously asked his father what was the secret of life. The father replied that he Read More…