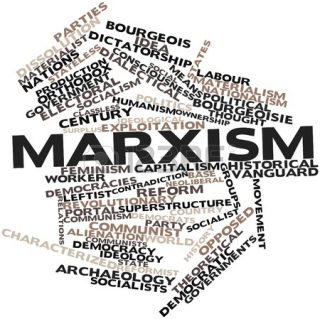 EPolitics and religion are at stake, Rubio warned.

In a roughly 10-minute speech, Rubio lamented the alleged influence of Marxism and cited cancel culture as proof of its prominence.

College campuses, he suggested, are ground zero. He lamented censorship and “digital mobs,” saying Marxism is far more than an economic theory.

He took issue with citizens needing to produce “papers” to dine out or otherwise participate in society.  Such protocols are in effect ahead of the State of the Union Address on March 1.

“What’s happening now in America is what happens after 20 years of infusing this Marxist thought process into every aspect of our lives,” Rubio said.

More, though, is at stake than just politics, Rubio argued. He warned Marxists possess an “insatiable appetite” for control and power.

Their next target, in his eyes: Christianity.

“If this trend continues … we will live to see the day where mainstream Judeo-Christian values, when excerpts out of the Bible, are considered hate speech,” Rubio added.

Throughout the speech, Rubio reiterated that American life is “hard.” The freedoms associated with western life, he said, are unique and historically uncommon.

Rubio characterized liberty and democracy as a “modern phenomenon.”

“Almost everyone that’s ever walked the Earth … lived in a place where they didn’t get to pick their leaders, they didn’t have any real rights,” Rubio said. “Their rights are whatever their leaders allowed them to have.”

CPAC — the Conservative Political Action Conference — is a four-day gathering of conservative leaders, figures and supporters in Orlando.

More than ever before, researchers are convined about the nutritional benefits of walnuts. Each walnut you crack open and eat contains loads of vitamins, phenolic acids, tannins, and flavonoids, as well as those hard-to-find omega-3 fatty acids, th almost 90% of the phenols being found in the skin. To array of compounds contributes to heart Read More…

Nationwide — Patrick Glanvill, was tired of being fired and getting laid off from a job can be stressful and discouraging, especially when you are a Black man in America dealing with systematic racism. Some people decide to use this time of stress and inequality as an opportunity to create an even better life for Read More…