Life Sustaining Heart-Healthy Superfoods: Heart disease is the leading cause of death in the world, but it’s also one of the easiest to change. Our diet directly impacts our heart health, which means making a few changes to what you eat can save your life. If you want to stabilize your cholesterol, get rid of blood sugar, or clear your arteries, you’ll want to pick up these heart-healthy foods.

Now, you have more reasons to keep up your avocado obsession. 2018 research in the American Journal of Clinical Nutrition analyzed how nutrients in the fruit (yes, it’s a fruit) aid the heart. People who eat avocado receive more HDL cholesterol, which hinders cardiovascular disease. 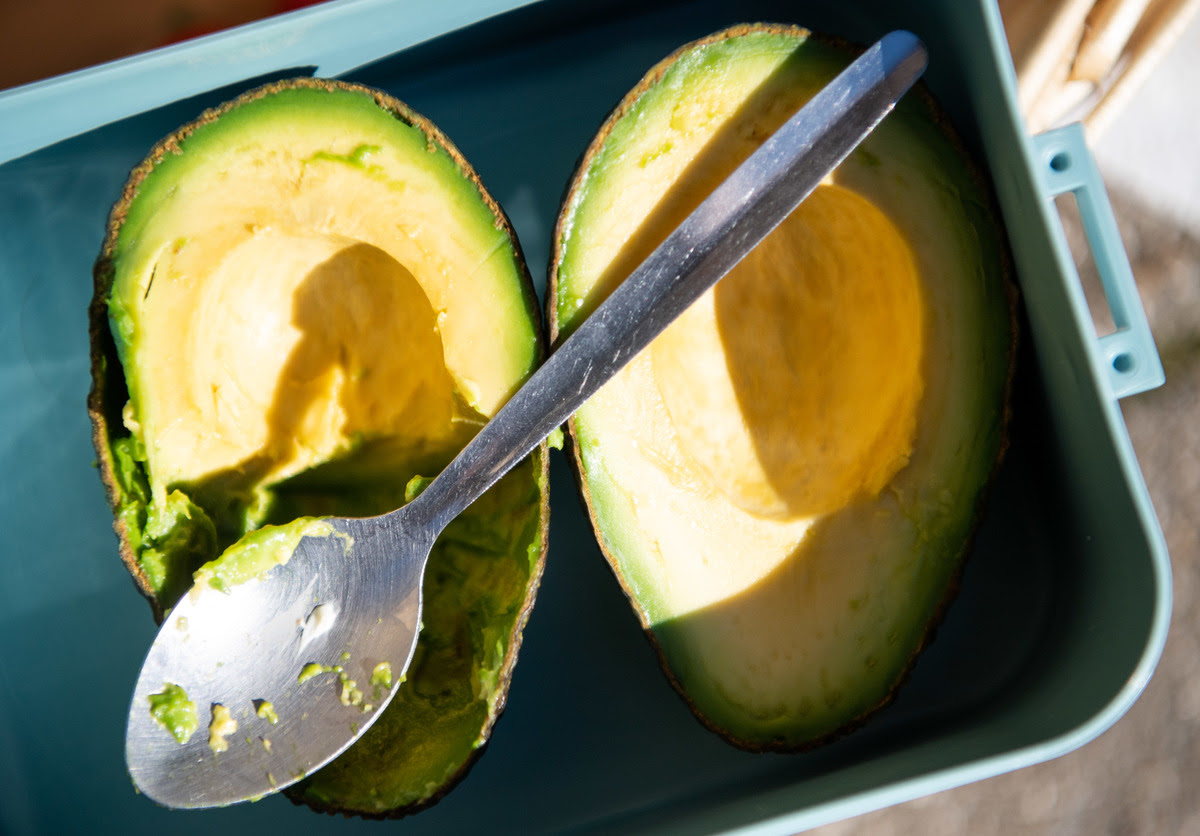 Unlike other foods on this list, avocado does not affect LDL cholesterol or triglycerides, unhealthy compounds that can damage the heart. But it does supply the heart with powerful antioxidants, anti-inflammatory phytosterols, and monounsaturated fats, or “healthy fats.” All these provide for a healthy heart, according to the Heart Foundation.

Next, find out which wine is the best for your heart health

Dates are best known for improving the digestive system, but they can also protect your heart. In 2009, Israeli researchers discovered that eating dates removes fat without influencing blood glucose levels. Unlike other dried fruits, you won’t get a blood sugar spike from eating dates daily. 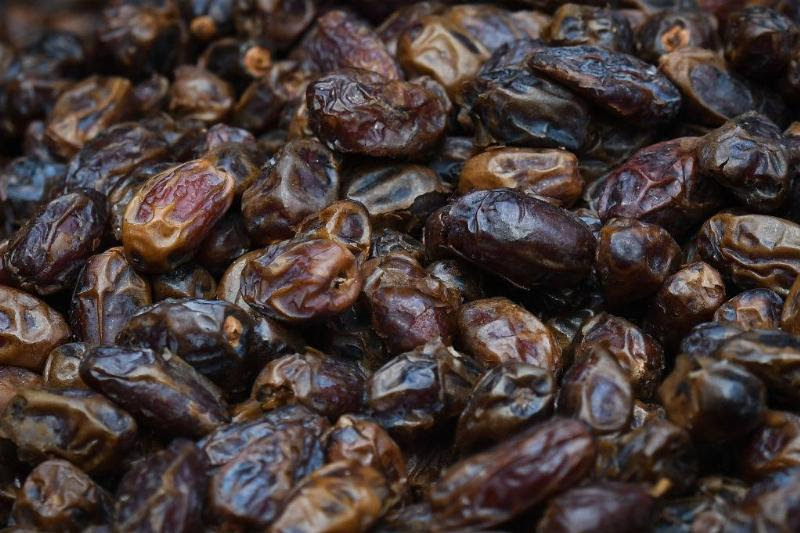 A more recent study concluded that dates have special antioxidants which improve heart health. In the journal Food & Function, researchers explained that dates can reduce cholesterol buildup by 28%. They also lower oxidative stress by 33%. If you eat a few dates, you’ll nourish your gut and guard your heart.

Grab Your Glass! Red Wine Is Healthy (In Moderation)

In 2006, researchers from the Experimental & Clinical Cardiology journal studied the effects of wine and resveratrol on heart disease. Wine drinkers have higher lipoprotein (HDL) levels, which protect the heart and arteries. 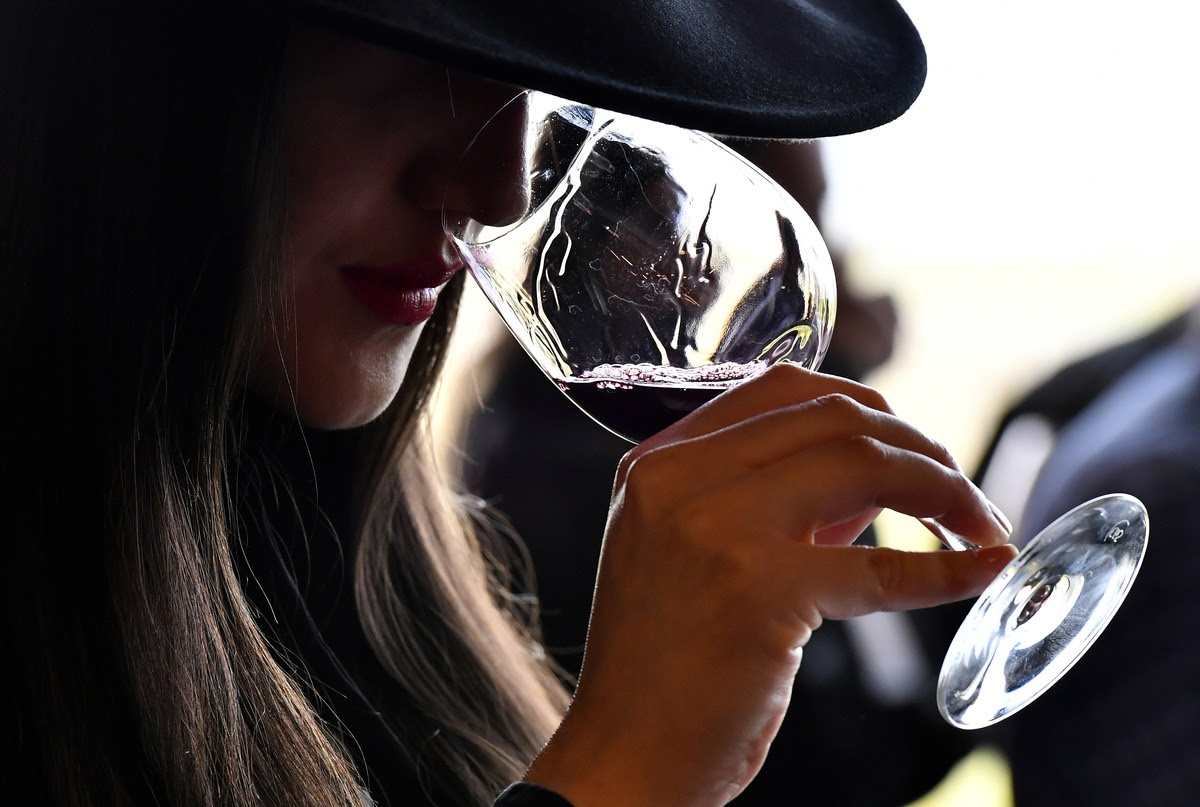 Red wine also increases NO production. NO, or endothelial nitric oxide synthase, dwindles during the early stages of diabetes, hypertension, and heart failure. The polyphenols in red wine tell the body to produce more NO, which not only guards the heart but also increases oxygen production and metabolism.

Need A Snack? Pack Some Almonds

While all nuts can promote heart health, almonds have received particular attention in a 2018 Nutrients review. Through 18 controlled trials, researchers have demonstrated that eating almonds erases much of our LDL cholesterol, a well-known risk factor of heart disease. 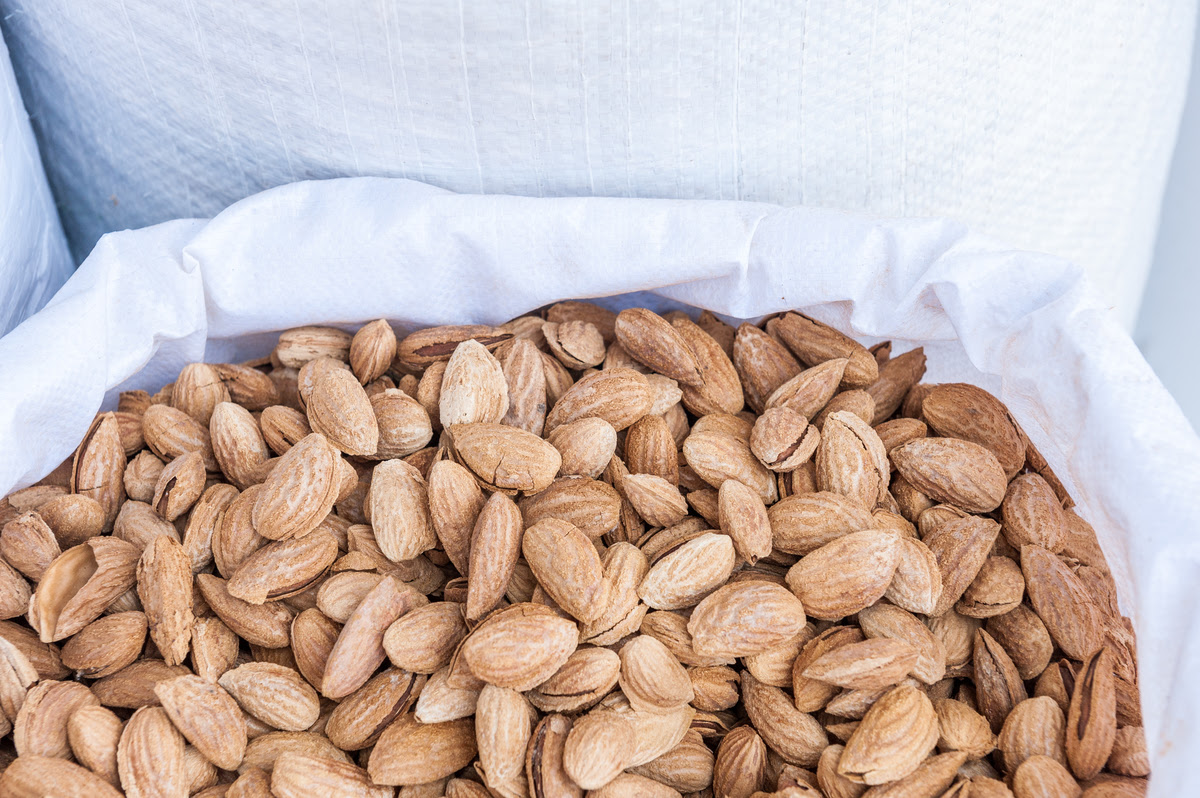 The Indian Heart Association observes that almonds increase HDL cholesterol, which actually works against cardiovascular disease. One study found that people who have coronary artery disease benefited from higher HDL-C and lower LDL-C, and almonds support both.

There’s good news coming up for people who have a sweet tooth.

You’ve probably seen garlic mentioned in several other health articles. In 2014, researchers from the Avicenna Journal of Phytomedicine reviewed all studies on garlic health benefits. They concluded that eating garlic consistently lowers blood glucose level, which keeps the heart healthy. 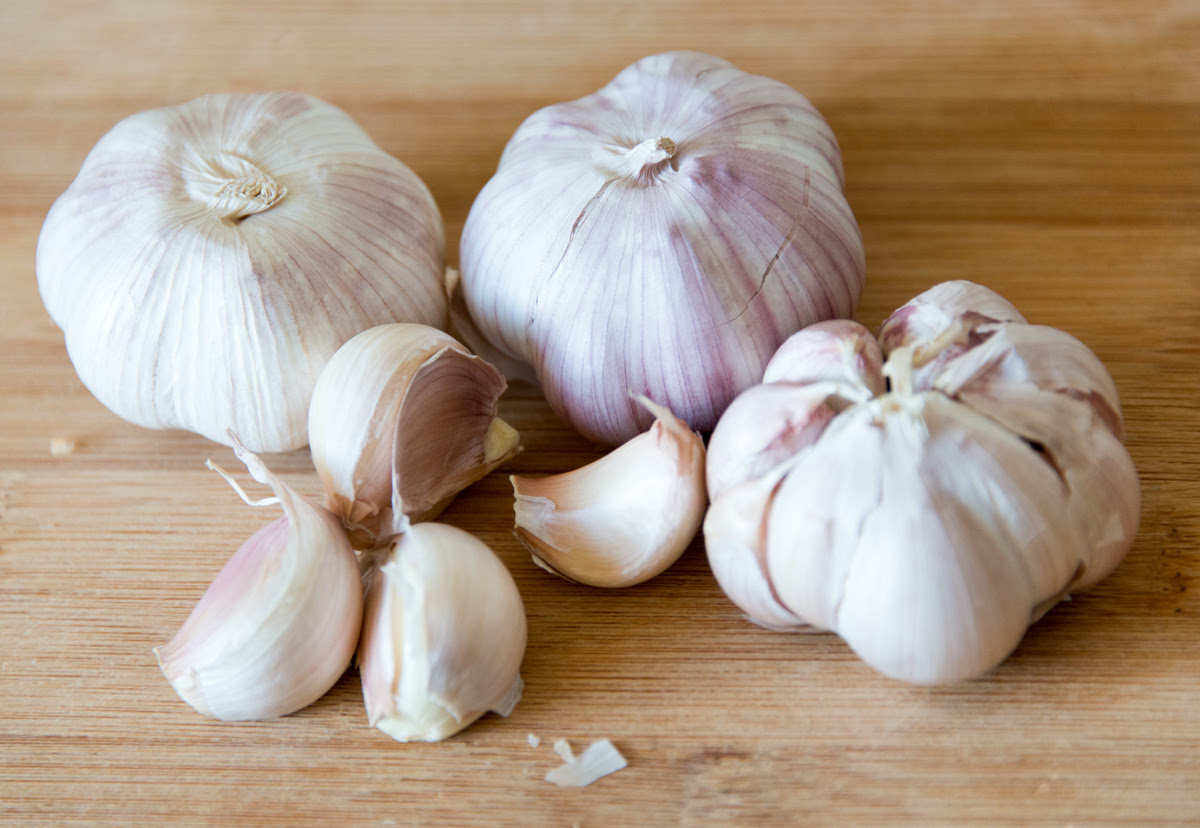 According to several studies in the ’80s and ’90s, garlic also fights off bacteria and viruses, such as Salmonella, E. coli, and influenza A and B. Its ability to clear out toxicity even cleans out the liver (1993 study) and enhances antioxidant production (2012 study). Not that you needed an excuse to add more garlic to a meal.

Go Ahead; Have Your Morning Cup Of Coffee

Because high caffeine intake can stimulate stress and anxiety, many people assume that coffee harms the heart. But current research demonstrates the opposite. A 2014 systematic review of cohort studies concluded that moderate coffee consumption (3-5 cups a day) results in a significantly lower risk of cardiovascular diseases. Recently, the British Heart Foundation analyzed over 8,000 participants and proposed that even 25 cups of coffee a day won’t stiffen arteries, as previously presumed. Coffee shrinks inflammation and stabilizes insulin production, which can decrease the likelihood of diabetes. These benefits can even lengthen life, according to researchers at the University of Southampton in 2018.

A Blueberry A Day Keeps Heart Disease Away

While blueberries don’t impact insulin or blood pressure, they do provide the “good” type of cholesterol, HDL. A six-month-long study published in the American Journal of Clinical Nutrition concluded that diets higher in blueberries relax muscle cells and improves blood flow. 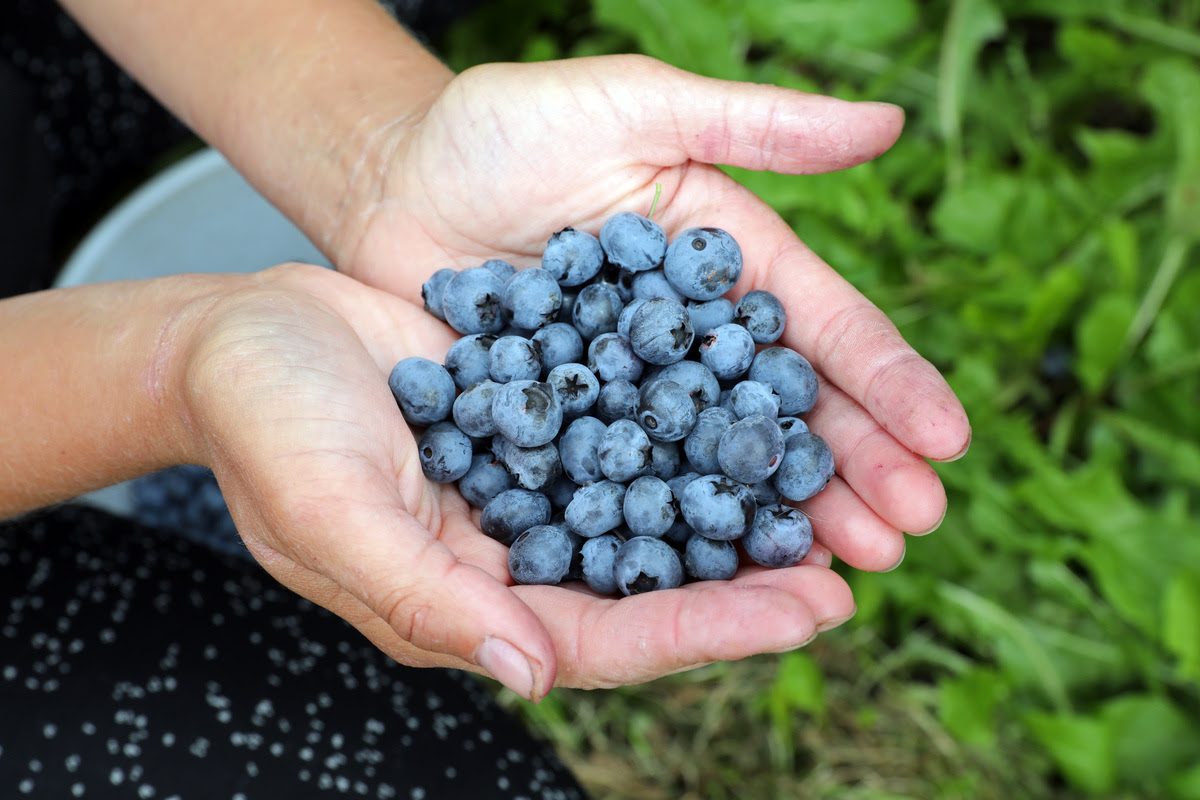 The authors propose that eating one cup of blueberries a day can lessen the risk of heart disease by 13%. Just three cups a week can make a difference in your blood health, arterial stiffness, and risk for type 2 diabetes.

Chia seeds have made their way into plenty of diet fads for their high fiber. However, chia seeds also offer unsaturated fatty acids, which the American Heart Association recommends to prevent cardiovascular diseases. Chia seeds have more calcium and magnesium than milk, which lowers blood sugar and blood pressure. 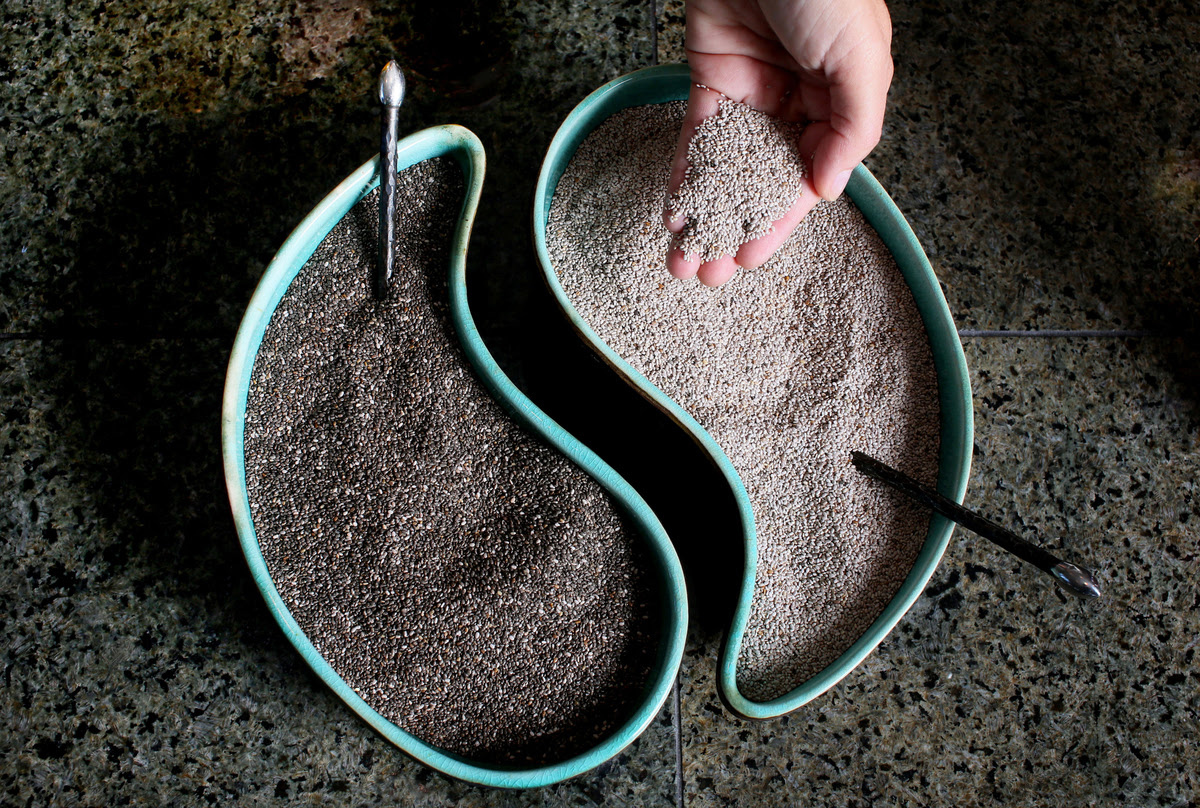 The Journal of Food Science and Technology reports that the alpha-linolenic acid in chia seeds blocks out sodium and calcium dysfunctions which cause hypertension. This acid, along with the seeds’ high omega-3’s, regulates heart rate. The review concludes that alpha-linolenic lowers a person’s risk of heart failure.

Although chocolate has a bad reputation, research supports that dark chocolate and raw cocoa powder have several health benefits. A meta-analysis in the 2018 issue of Nutrients noted that seven different studies have reported that people who eat dark chocolate have a reduced risk of stroke. 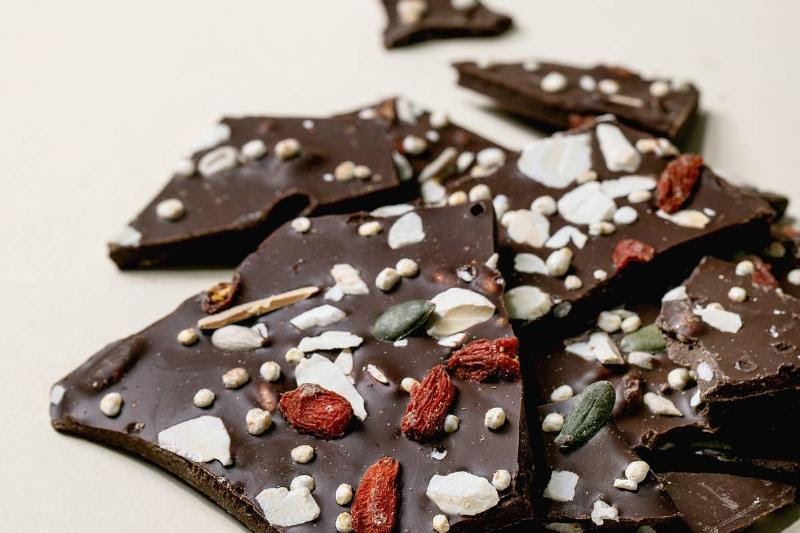 Research has examined 14 cohort studies and 508,705 participants, and they all conclude that higher chocolate consumption results in reduced risk of diabetes, stroke, and cardiometabolic diseases. For the best effect, buy dark chocolate with over 70% cocoa, or purchase the raw cocoa powder to add to smoothies, oatmeal, and yogurt.

Are you a fan of Mediterranean food? Well, you may want to eat more…

Prep Some Lentils, Lose Weight, And Help Your Heart

In 2017, the International Journal of Molecular Sciences published a study examining lentils’ effect on health. Of all legumes, lentils have the highest level of polyphenols, which are compounds that guard against harmful bacteria, fungi, inflammation, and viruses. 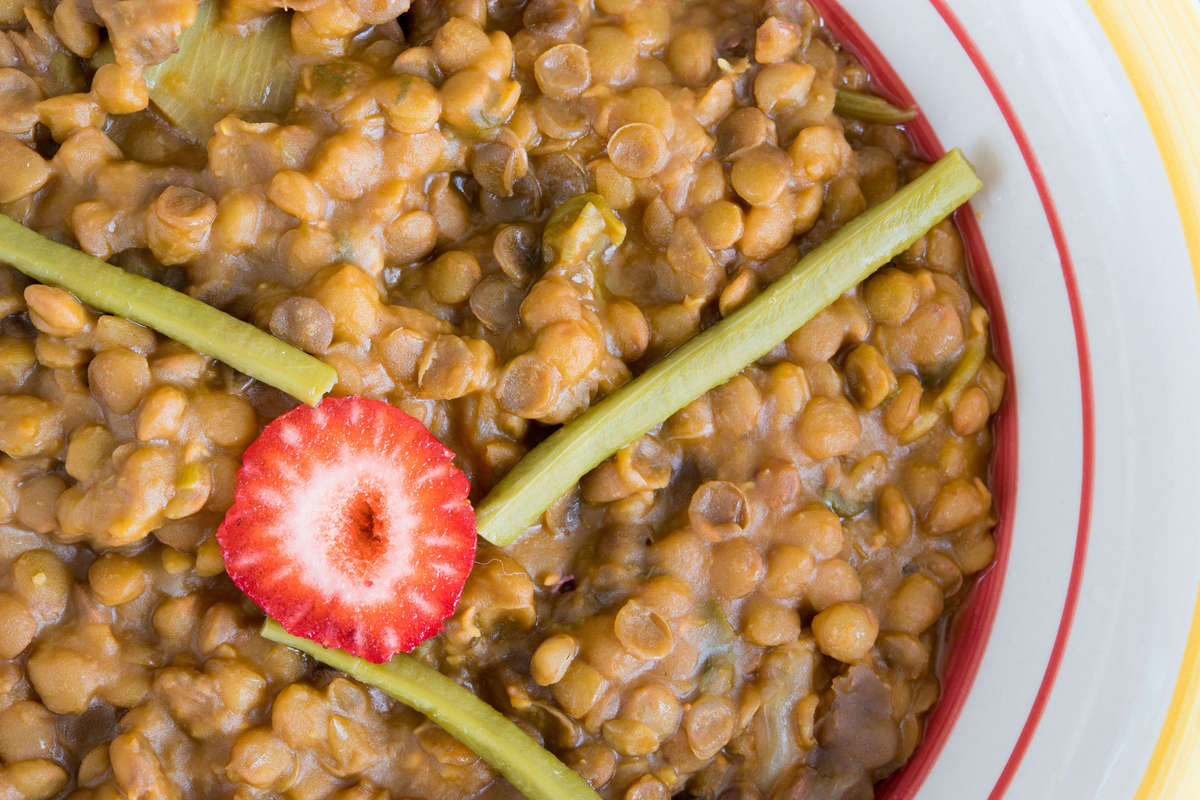 Because of their high protein, fiber, and flavonoid count, lentils make you feel fuller for longer. When you feel fuller, you eat less, which combats obesity. The polyphenols also stabilize blood pressure, which can avert hypertension and coronary artery diseases.

Drop the Ranch, Break Out The Hummus

Chickpeas are a versatile legume that’s used in hummus. Both chickpeas and hummus were reviewed in 2016 Nutrients because of their high-density nutrients. Traditional hummus slows down carbohydrate absorption, which regulates blood sugar. In one study, those who ate chickpeas had 4x less glucose than people who ate white bread. 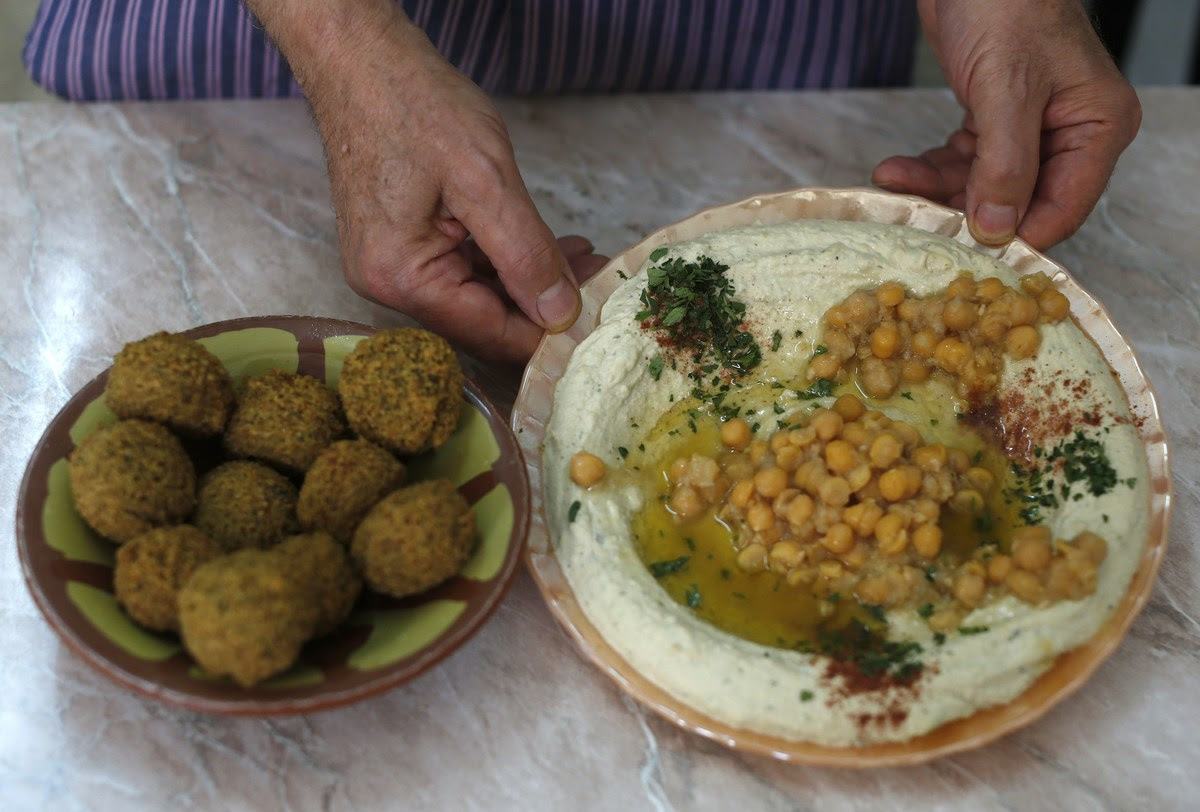 Research from 2006 indicates that those who consume chickpeas over 20 weeks experience significantly diminishes LDL cholesterol and total cholesterol. This process equalizes blood pressure, which reduces the risk of cardiovascular diseases.

Your favorite Thanksgiving treat may be the cardio-positive fruit you’ve been looking for.

Beets Will Help You Exercise Healthier

In 2016, a study JACC: Heart Failure examined patients of heart failure and their reaction to beets. When your heart weakens, it can’t pump enough blood throughout the body, which makes it harder to exercise. Fortunately, beets are rich in nitrates, which improve blood flow. After just one week of eating beetroots, the participants’ exercise endurance raised by 20%. Not only can beets improve blood flow to nourish the heart, but they can also assist in workouts, making your diet much more effective.

Enjoy Cranberries Outside Of Thanksgiving

This Thanksgiving favorite can be enjoyed all year round for improved heart health. In 2011, scientists from the Boston and Tufts Universities reported that drinking cranberry juice relieves arterial stiffness, specifically around the aorta, the body’s largest artery. 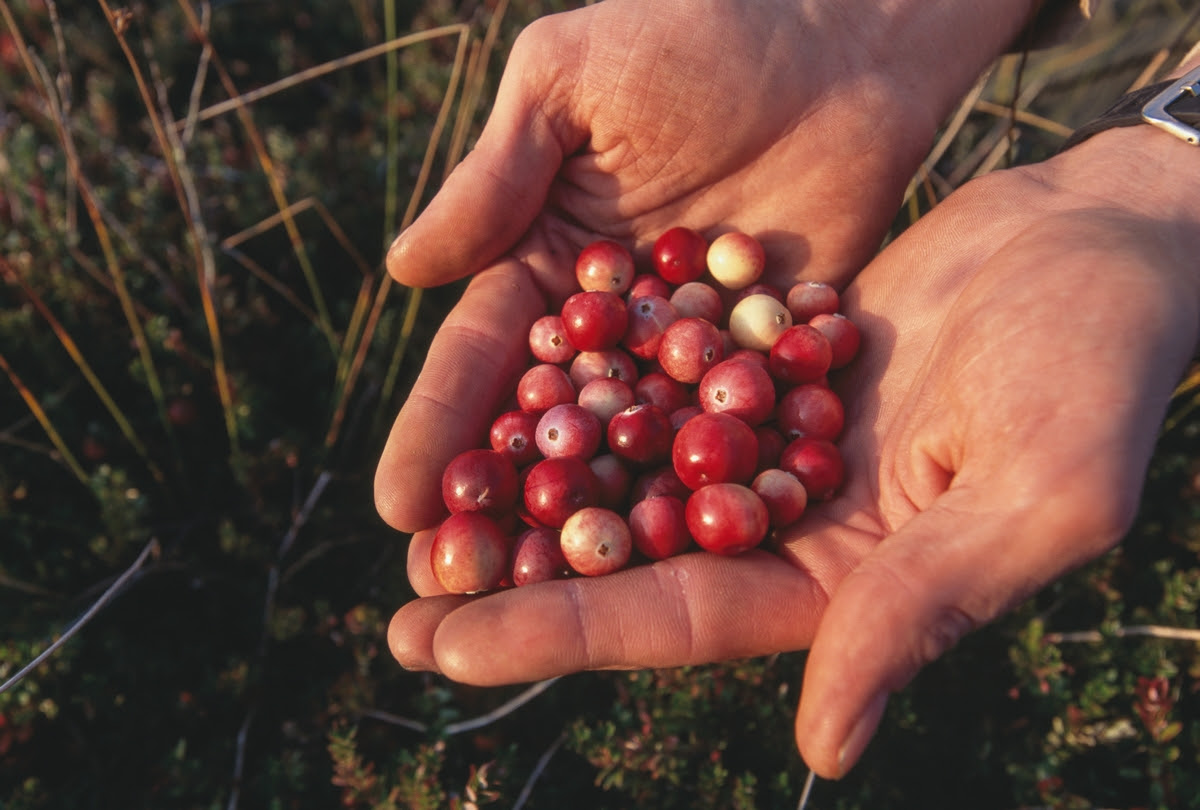 Cranberries enhance blood lipids, curtail LDL cholesterol, and increase helpful HDL cholesterol. One study in 2000 noted that this fruit shrinks blood pressure to the point of relieving hypertension. It also calms inflammation and oxidative stress. Researchers do not recommend using a powder, as the fruit loses 30-40% of nutrients that way, but do advocate for cranberry juice.

That avocado toast trend has a point. It warms the heart in more ways than one…

The More Carrots You Chomp, The Better Your Heart

These fun orange snack foods can protect the cardiovascular system if you don’t dip them in too much ranch. A 2011 study in Nutrients emphasized that drinking carrot juice optimizies the body’s antioxidant levels and decreases lipid peroxidation, a process that harms cells. Earlier research from 2008 suggests that the more carrots you eat, the less likely you’ll encounter a heart attack. If you don’t want carrots everyday, you can substitute carrots with other yellow-orange foods such as pumpkins and sweet potatoes, which also support the heart.

An Apple A Day… Do I Even Need To Say It?

Although plenty of people discuss the benefits of apples, few understand how they impact the heart. Authors in 2015 Nutrients explain that apple’s components, including healthy polyphenols, skip through the small intestine and enter the large intestine relatively intact. The large intestine breaks down these compounds into microbial’s that assist heart health. 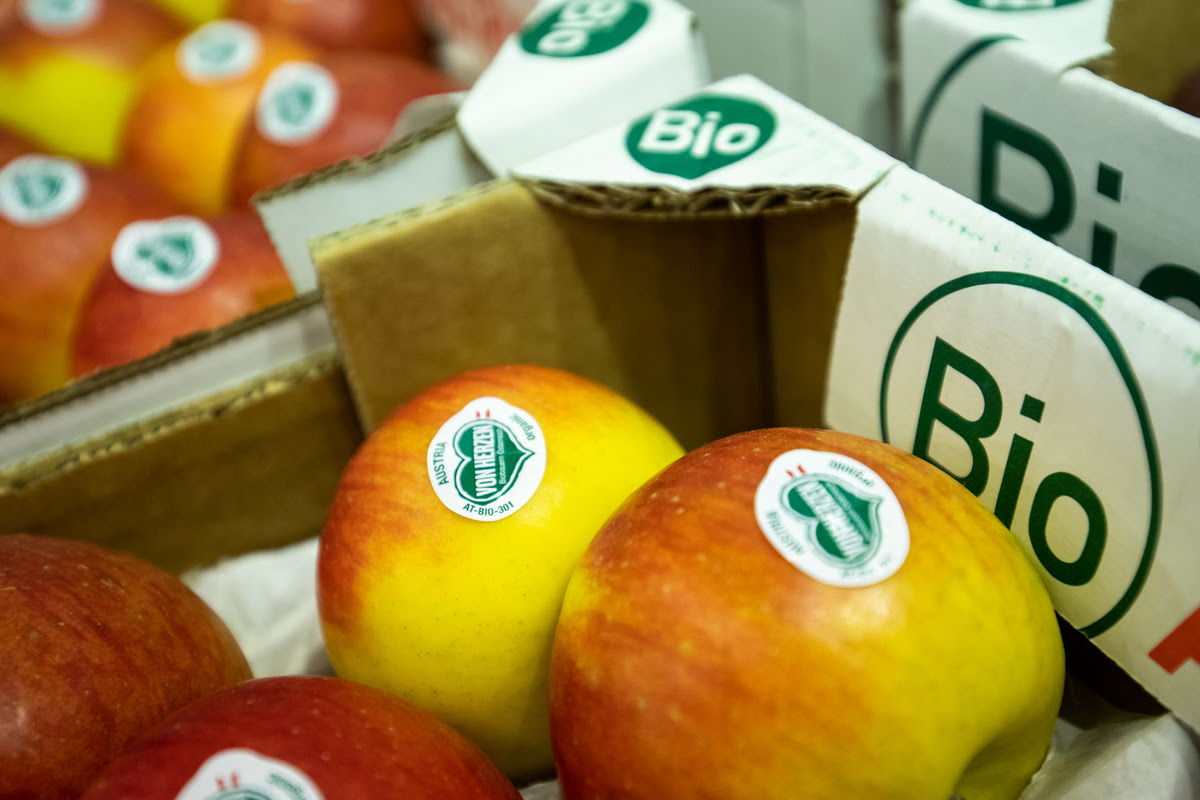 Not only does this process contribute more fiber, but it also cleans out the gut and harmful bacteria, which can develop into diabetes and heart disease. Similar to red wine and cocoa, apples clear out perilous LDL cholesterol.

What’s the deal with kale in new diet fads? Well… a lot, evidently.

Kale Helps Both Heart And Mind

Kale has spiked in popularity for being a high-fiber hearty member of the cabbage family. A 2018 study in the journal Nutrients found that consuming 5-6 of leafy green vegetables such as kale abated the risk of cardiovascular disease. 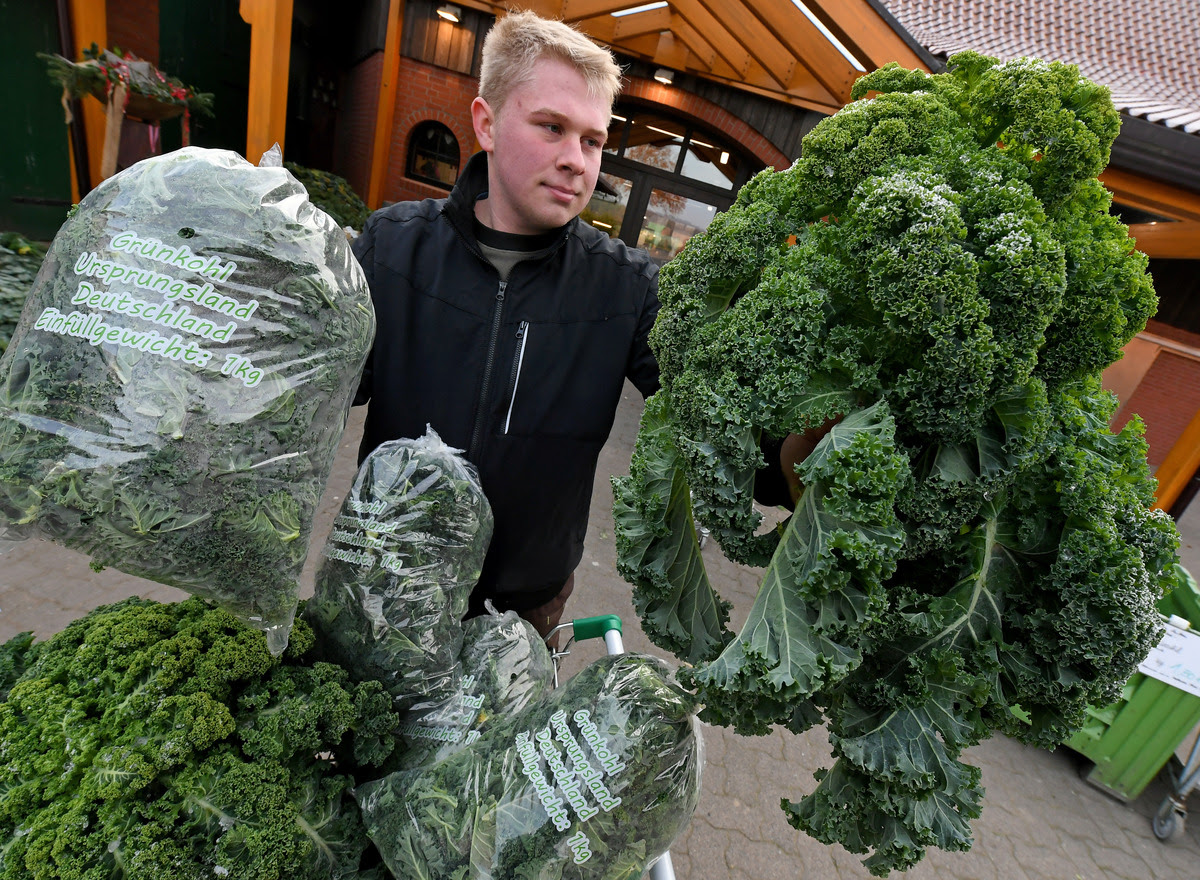 That same year, another study in Neurology supports that kale intake prevents cognitive decline, especially in seniors. Even eating as little as 1.3 servings per day will keep your mind and memory sharp for five years, according to the study. One serving of kale is only one cup, but it can make a big difference.

Check out a vegetable that improves blood flow and helps you exercise.

Pick Off Some Pomegranates

Pomegranate seeds contain a significant source of antioxidants, which the 2013 Rambam Maimonides Medical Journal reinforces as a promoter of heart health. Antioxidants restrict oxidative stress, which over time can result in cardiovascular disease and diabetes. Pomegranate’s antioxidants also break down harmful cholesterol. 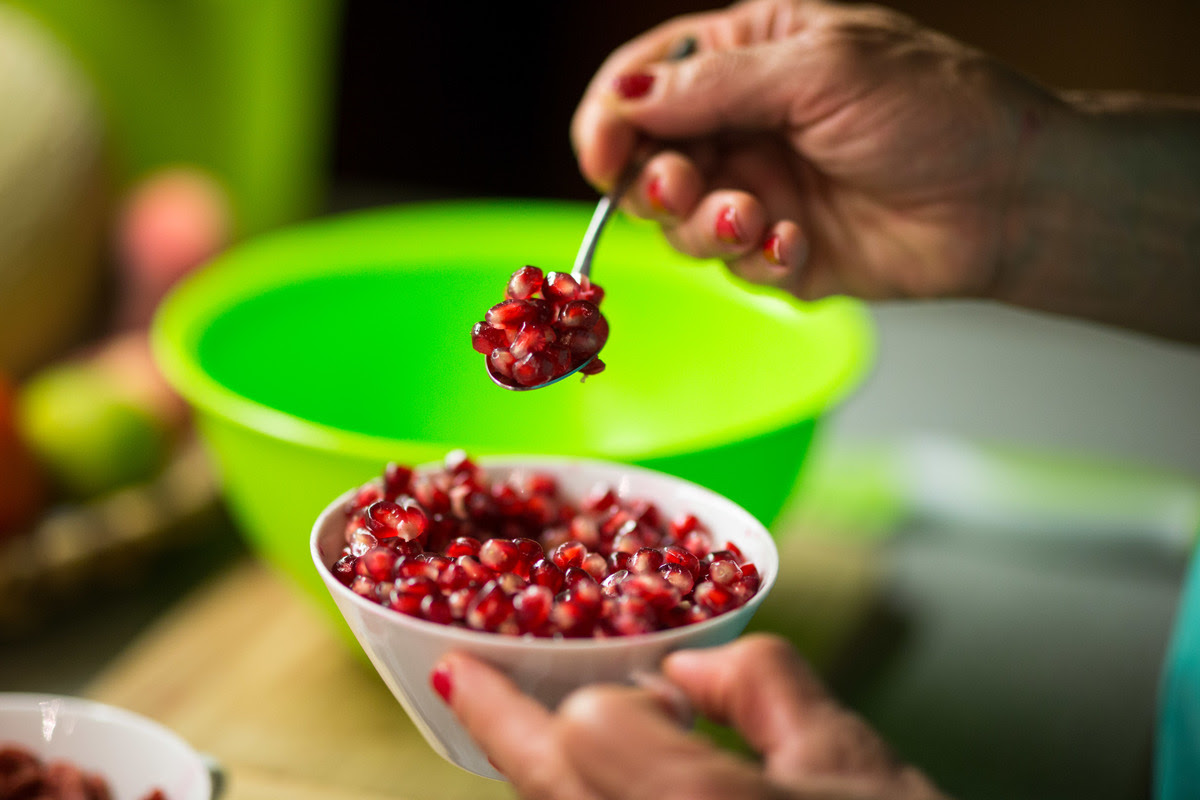 Eating this fruit frequently can attenuate heart diseases. In one study, pomegranate juice alleviated arterial stiffness in patients with high cardiovascular risk. Another study observed that pomegranates decreased pressure in the arteries, even after eating a high-fat meal.

Ebuynee co-founder Eric Pannell understands the difficulties of building a strong business presence online. He comments, “I’ve been selling on Fiverr for over 5+ years and I’ve been forced to lower the prices of my service offerings to compete in their saturated market. A service that I would normally charge $50 I have to settle Read More…

by Darius Goodman | Delta Airlines and HandsOn Atlanta Volunteers partner in a Service Project to revitalize the Bush Mountain Community. (Photo Credit: Alexis Grace/The Atlanta Voice) History is meant to be preserved and steps toward that are already underway for the Negro Leagues’ former team the Atlanta Black Crackers. Driving down Bridges Avenue in Read More…

Lenders Are Robbers Of Black Housing

Lenders are robbers of Black housing wealth – stop them My multiracial orbit of friends and colleagues were shocked, angry and embarrassed. So what are we going to do about it? Recently on social media, I shared a USA Today story about a Black female homeowner in Indianapolis who suspected the value of her house Read More…