I began my academic career as a graduate student in the mid-1960s, long before today’s diversity mania. Nevertheless, the pro-Civil Rights dogma was unassailable. There was an endless parade of uplift programs, and all my classmates and faculty awaited the racial utopia. Moreover, we were all expected to be good soldiers: conduct research exposing racial discrimination, refute conservative arguments claiming that Negros (as blacks were then called) caused their own misery, and otherwise fight racial injustice. We were a committed army of do-gooders.

By the early ’70s, I and my fellow academics were fervently doing the Lord’s work. We endorsed programs to help schools admit marginal blacks, voted to hire academically iffy black candidates, and bent the grading curve to advance “the cause.” Academics like myself sincerely believed we were the true friends of the Negro.s

I soon, however, had an eye-opening experience that revealed the true character of this black/white friendship. I attended the national meeting of my academic discipline in Washington, DC, held at the upscale Washington Hilton Hotel. Several thousand professors and graduate students — then overwhelmingly white men — filled the hotel. 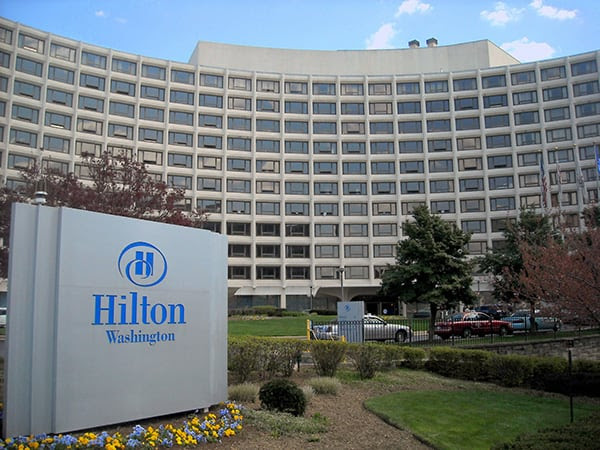 Alas, my occasional visits to the lobby men’s room exposed the deeply seated racial views of my fellow academics.

The Hilton men’s room, like nearly all such facilities in up-market hotels and restaurants, employed a “washroom attendant.” He was invariably an elderly black man who smiled a lot, offered grooming supplies, but most importantly, he personally handed you soap and small towels, and turned on the hot water for you to wash your hands. He might also brush off shoulder dandruff while exchanging pleasant chit-chat. I grew up with these black washroom attendants, and my father insisted that I always tip them a dollar. This gratuity, my father explained, was important to their livelihoods. It was no big expense, even for a young professor like myself.

In my trips to this men’s room, I noticed that not a single convention attendee (revealed by badges) relied on the attendant’s service let alone tipped him anything. After completing “their business,” all quickly fled the facilities and steadfastly refused to acknowledge the attendant’s very existence. He was the true Invisible Man. Maybe eye contact could be interpreted as requesting service and thus having to leave a tip. So, given a choice of leaving the bathroom with unwashed, possibly contaminated hands or leaving a tip for an elderly black gentleman, the unsanitary choice prevailed. No doubt, every single convention attendee supported the War on Poverty, but not in the Hilton men’s room.

Years later, I returned to the Hilton for another national convention. Alas, the attendant was gone and perhaps retired, no doubt regaling his grandchildren about how a parade of well-off white male academics would rather skip basic hygiene than tip an elderly black man for a hand towel and soap. But my eyes were opened to what my professional colleagues really felt about blacks. Grateful for a lesson learned, I probably should have left him a fiver.

Decades later, I and my tenured university colleagues would occasionally discuss why effort to uplift African Americans faired so poorly. My response was always, “Whatever happened, I am not responsible. My hands are clean.”

The Gantt Report:  By Lucius Gantt Once upon a time, there was an American television show called “Have Gun, Will Travel”. It was about a gringo gunslinger named Paladin that went from town to town in the Wild West helping people solve problems that a gunslinger could solve. In my mind, Paladin was more than Read More…

The Moorish sovereign citizen movement is a collection of independent organizations and lone individuals that emerged in the early 1990s as an offshoot of the antigovernment sovereign citizens movement, which believes that individual citizens hold sovereignty over, and are independent of, the authority of federal and state governments. Extremist Group Info: Date Founded 1990 Ideology Sovereign Citizens Read More…