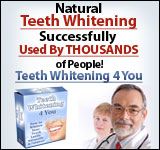 Freedom Rider weekly column: If the state reserves the right to commit mass murder no one should be surprised that the people follow suit.

“No one should be surprised when a well-armed population makes use of their personal arsenals.”

Mass shootings happen with appalling regularity in the United States. It is bad enough that recent shootings took place in Atlanta, Boulder, and Indianapolis, but the horror is always followed by the same useless faux debates. Half the population wants to limit gun ownership, the other half doesn’t and continues a gun buying spree to prove their point. Politicians pretend to take action, victims are mourned, thoughts and prayers are uttered, and the cycle repeats itself with the next awful event.

What very few people dare to discuss is how these acts are connected with U.S. history and with the state in its current form. This country exists as a result of genocides and terrorism. The indigenous inhabitants were attacked with wars and disease and the survivors were driven from their ancestral lands. Africans were enslaved and treated like chattel, all Black people were deprived of their legal rights, and Jim Crow lasted for 100 years. Lynch law prevailed and the torture and killing of black people was a spectator sport across the land. The fits and starts of anything resembling justice have been far outweighed by institutional resistance which maintains the status quo.

“This country exists as a result of genocides and terrorism.”

The police continue to kill three people every day, more than 1,000 people every year. While George Floyd’s police murderer was on trial, young Daunte Wright was killed in a nearby community. Video footage revealed that 13-year old Adam Toledo was unarmed with his hands raised when he was shot and killed by Chicago police. Lest anyone forget, Chicago is the city which holds hundreds of people at Homan Square, a city jail that operates like a CIA black-ops site. Chicago should forever be known as the city where black men were tortured by police for years.

When this nation wasn’t practicing state sanctioned terror within its boundaries, it committed atrocities internationally. Wars, interventions and coups have been committed from Chile to Haiti to Guatemala to Iraq to Ukraine. There are U.S. troops in Iraq and Afghanistan and more than 800 bases under U.S. or other NATO nation control around the world.

“Torture and killing of black people was a spectator sport across the land.”

Joe Biden has undone the Trump administration agreement to leave Afghanistan by May 1. He cynically uses the date of September 11 to forestall what should have happened years ago. The occupation of Afghanistan has gone on so long that people born after it began are now old enough to join the military themselves. But no one should be fooled. Biden is privatizing war with contractors and intelligence operatives and moving troops to create havoc elsewhere in the world.

If the state reserves the right to commit mass murder no one should be surprised that the people follow suit. They are taught that their violent country is exceptionally good, fair, benevolent and democratic. The U.S. leads the world in military spending and brings wars home by militarizing local police. Of course the bloodletting doesn’t end. It would be shocking if it did.

The phony concern must come to an end. Foolish and false platitudes such as, “This is not who we are,” should disappear from discourse and be replaced with honesty. Biden has proposed increasing defense spending to $753 billion and after the rhetorical dust settles, there will be a bipartisan congressional consensus to approve what he wants. Military spending takes up 60% of the discretionary budget and is the reason why people in this country cannot have nice things.

“Military spending takes up 60% of the discretionary budget.”

State violence is like background music that seeps into the collective consciousness. The same people who express shock when an individual goes on a killing spree in this country are silent when their government is responsible for killings around the world. They may support the mass incarceration state, which makes the U.S. the world’s number one jailer.

It is all connected. State sanctioned violence tells the people that individual violence is just fine. The hand wringing over the latest shooting doesn’t mean anything if the wars and law enforcement brutality continue. The hypocrisy is obvious and no one should be surprised when a well-armed population makes use of their personal arsenals.

The United States of America is and will remain violent without some revolutionary change. The carnage is both official and personal. If this country is honest the next mass shooting should be ignored by the media, politicians, and by the people too. Any consternation is temporary because it is dishonest. For now the most that can be expected is that Americans will finally end the pretense of concern and treat the inevitable results of their history and politics with nonchalance. It is the only honest thing they can do.

Margaret Kimberley’s Freedom Rider column appears weekly in BAR, and is widely reprinted elsewhere. She maintains a frequently updated blog as well at patreon.com/margaretkimberley and she regularly posts on Twitter @freedomrideblog. Ms. Kimberley lives in New York City, and can be reached via e-Mail at Margaret.Kimberley(at)BlackAgendaReport.com.

Alzheimer And The Touch Of Strange Kindness

Alzheimer and The Touch of Strange Kindness:  The other day, I was out grocery shopping at my local supermarket around 6:30 pm when an older man turned a corner into the pasta aisle and put his hands on my shoulder. I jumped up. My first instinct was to get angry and ask him to please Read More…