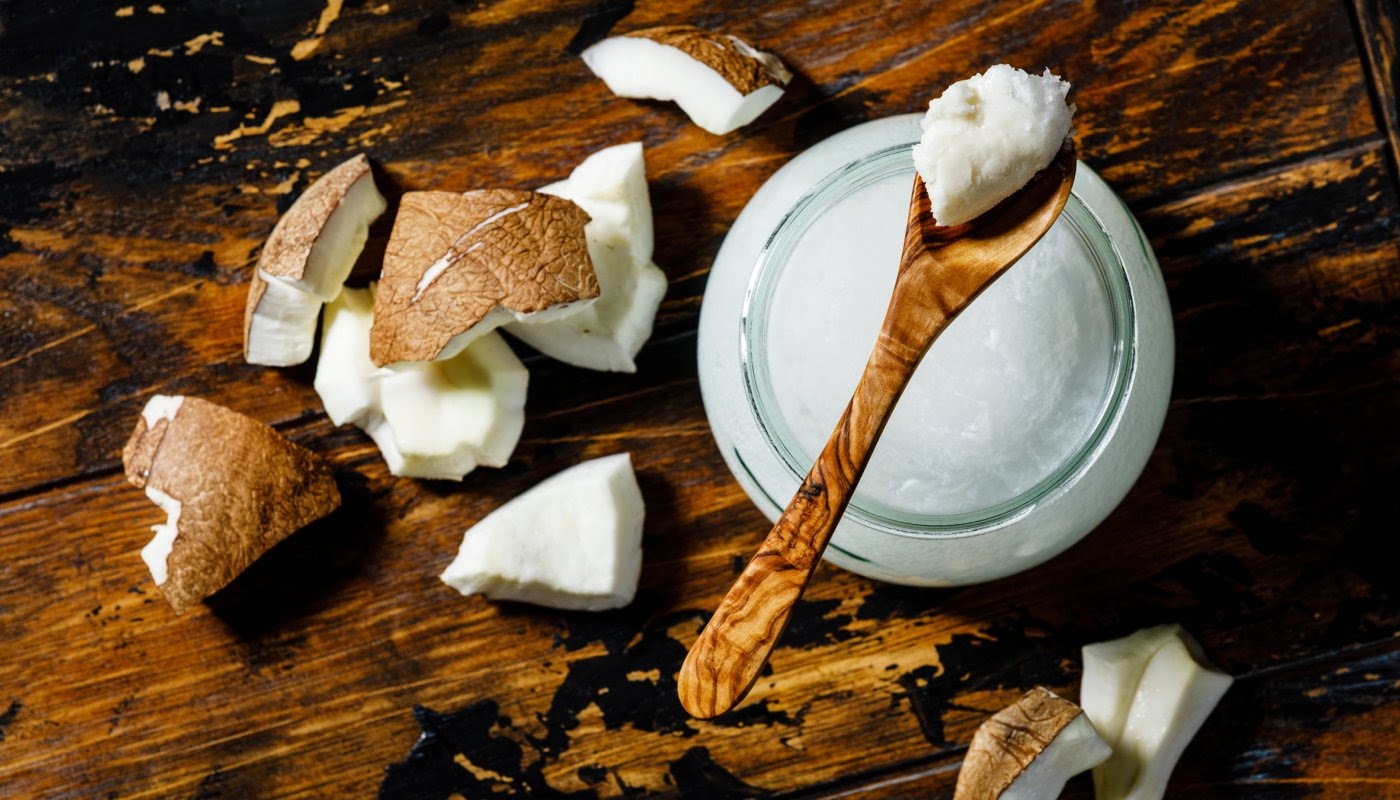 In 2003, two small-scale studies claimed that coconut oil could decrease belly fat and increase metabolism. Over the next decade, the newly christened health food blew up in the wellness world. People were cooking just about everything with it, blending it into smoothies, and stirring it into their coffee. Advocates and some research credited it with the power to clear up acne, lower cholesterol, and even improve memory. A 2016 survey of 2,000 Americans showed that 72 percent rated coconut oil as healthy.

But coconut oil contains over 50 percent more saturated fat per serving than butter. In 2017, the American Heart Association released an advisory statement suggesting that people ease off their coconut oil consumption, citing the link between saturated fat and cardiovascular disease. The following year, Harvard epidemiology professor Karin Michels made headlines when she called the oil “pure poison” in a lecture at the University of Freiburg.

Colorado-based Kylee Van Horn, a registered dietitian nutritionist, encourages skepticism about coconut oil’s health benefits. “It’s still hotly debated in the health professionals world,” she says. Pure MCT oil, which has demonstrable health benefits, is often derived from coconut oil, Van Horn explains, so the two get lumped together, but just 14 percent of coconut oil is made up of MCTs. Much of the research cited in favor of coconut oil is actually conducted on purer forms of MCT—including the two studies that started the buzz in 2013.

At best, the hype around coconut oil is overblown, but you don’t have to throw out your jar. Just use it the same way you would butter or bacon fat: sparingly. In moderation, it can be a fine addition to a well-rounded diet that includes healthy fats from a wide variety of sources. Aim for oils that are higher in monounsaturated and polyunsaturated fats, which help reduce bad cholesterol and are critical to normal bodily functions.

Here’s a guide to navigating the cooking oil aisle. The below options each contain roughly 40 to 45 calories per teaspoon and four to five grams of fat and can liven up your cooking while boosting your health in the process.

Good old-fashioned olive oil is a kitchen staple, and there’s no need to cut it out of your diet. It’s made up almost entirely of monounsaturated fat, specifically oleic acids, which are high in phenolic antioxidants. (Avocado and hazelnut oil are good sources as well.) Van Horn points out that these are beneficial to overall health, thanks to their anti-inflammatory properties. Olive oil has a relatively low smoke point—the temperature at which an oil will begin to burn and change flavor—of 320 degrees, so it’s rarely used for baking, but it’s ideal for most other applications, like sautéing or as a base in salad dressings and marinades. Plus, it’s one of the cheaper oils you can buy.

Its smooth, buttery flavor makes avocado oil great in salad dressings and for all sorts of cooking, according to dietitian and ultrarunner Amy Tribolini. Thanks to an extremely high smoke point of 500 degrees, it’s one of the most versatile oils for baking, frying, sautéing, and even grilling. Plus, it’s composed primarily of heart-friendly monounsaturated fat. While avocado oil is a bit pricier than olive oil, it’s the most multipurpose option on this list.

Hazelnut oil works well for baking and roasting, having a high smoke point of 430 degrees. Try it drizzled on some sweet potatoes sprinkled with cinnamon for a tasty treat. A teaspoon provides 3.5 grams of inflammation-fighting monounsaturated fat. It’s also high in vitamin E. Hazelnut oil has a roasted, nutty flavor and works well as a topper for your morning bowl of oatmeal or a sweet rice dish. Just be sure not to use it in anything you wouldn’t want tasting like hazelnuts.

Macadamia oil boasts an even balance of omega-3 and omega-6 fatty acids, as well as heart health–boosting antioxidants. Like hazelnut oil, macadamia oil has a slightly nutty taste, but with buttery notes rather than a roasted flavor. The delicate flavor doesn’t hold up well to high heat, but it’s an excellent finishing oil or salad dressing base. Try it atop grilled vegetables or shellfish or as a vegan substitute to mimic butter in lower-temperature sautéed or pan-fried dishes.

The wellness world overlooks canola oil because it’s typically highly refined and thus stripped of antioxidants and vitamins. Plus, it’s associated with fried food. But of all the oils on this list, canola is the highest in polyunsaturated fat—1.2 grams—and it contains 2.8 grams of monounsaturated fat. With a high smoke point of 400 degrees and a completely neutral flavor, it’s a good choice for frying or baking, but it won’t add much to your salad dressings or sautées. In the United States, an estimated 95 percent of canola oil is made with genetically engineered crops, so opt for an organic expeller-pressed option if you’re concerned about GMOs.

Experience The Road To Resilience For Better Health

By American Psychological Association To Experience The Road to Resilience is how people deal with difficult events that change their lives? The death of a loved one, loss of a job, serious illness, terrorist attacks, and other traumatic events: these are all examples of very challenging life experiences. Many people react to such circumstances with Read More…

Herbal remedy for Penis Enlargment: This African tribe from Togo and Benin were experts in penis enlargement way before plastic surgery. (Mildred Europa Taylor is a writer and content creator. She loves writing about health and women’s issues in Africa and the African diaspora). Long before the introduction of penis enlargement procedures and products, the Read More…

African American Children Book About a Buzzard On A Meat Diet