Consequences Behind Cheating While In The Military
My husband is in the military and is cheating on me with another military person.
What will happen to him if I report it to the military?

You have a lot to consider before you decide to go down that road. Adultery in the military is not treated the same way as it is outside of the armed forces…legally anyway.

Under the Uniform Code of Military Justice (UCMJ), adultery is a crime. The accused can be court-martialled. 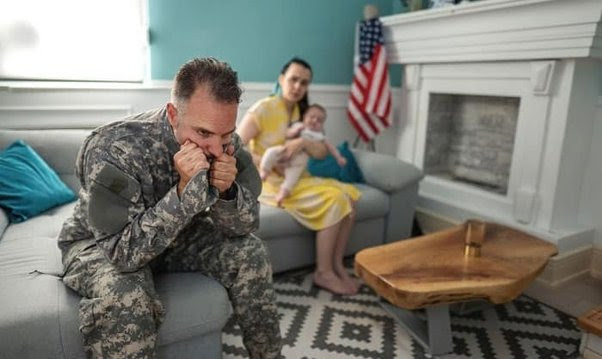 I’ll take a second here and point out the fact that a single soldier who has sex with a married person is considered, according to the UCMJ, to have committed adultery.

According to the UCMJ, adultery is simply having sexual relations with someone who is not your spouse. If a service member is found guilty of this, it can be career-ending. It makes no difference whether or not the service member was legally separated from their spouse at the time of intercourse or not. And once you get the ball rolling with the UCMJ you can’t just decide you want to drop the charges, and everything will be OK.

It doesn’t work that way. The crime is not against you as a spouse; it is an act that is considered to bring discredit against the armed forces and is, therefore, a violation of good order and discipline.

I already mentioned that a conviction would likely be career-ending and carry jail time. The resulting discharge most likely would not allow them to draw benefits. That will directly affect you and your children if you have any together.

My unsolicited advice as a former soldier who has seen this happen to people; leave the military out of it. File for divorce if you think that is the right thing to do, or go for counseling, or whatever. Nothing good comes out of dragging the government into it.

It’s ugly, it’s brutal, and it wrecks lives and careers.

2YR Old Child Prodigy ISAIAH GYAMFI, A Genius Who Taught Himself how to speak Japanese: Isaiah Gyamfi, a 2-year old boy from Ghana, is getting international attention as a child prodigy that knows how to count in at least 4 different languages and how to solve complex math problems. Isaiah started showing extraordinary intelligence at Read More…

The Gantt Report – Living and Working Together

Marijuana Reform needs the M.O.R.E. Act., but what does that mean? At the start of this month a historic piece of legislation, the MORE (Marijuana Opportunity, Reinvestment, and Expungement) Act was passed for the second time in an effort to legalize cannabis, and although this is a great start, there are actions still needed in the Read More…