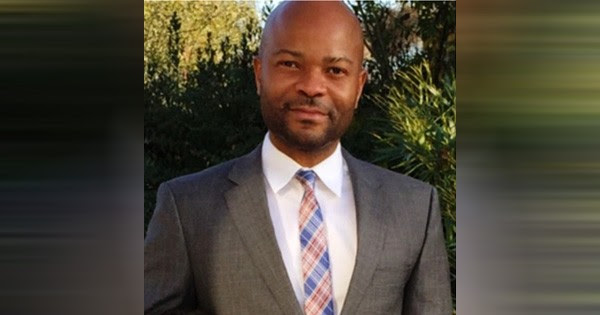 Nationwide — Gerard Nguedi is a highly educated African American man from Cameroon who was diagnosed with PTSD in 2016 after being repeatedly assaulted by the police for no reason.

His father was a military man all of his life but he wanted him to become a Catholic Priest. Gerard only spent 2 years at the Seminary but after grad school, he decided to start a career in technology and quickly became a world-class IT consultant, managing million dollar programs for state and federal government agencies as well as major corporations such as HBO, Lockheed Martin, and the Federal Reserve Bank of New York (FRBNY).

Gerard says that on the morning of December 23rd, 2015, everything changed when NYPD Police Commissioner Bill Bratton arrived at the Federal Reserve Bank Of New York (FRBNY) with two NYPD officers and wrongfully arrested Gerard in his workplace, inside of the FRBNY and for a bogus reason. He says that he lost his job, was humiliated, arrested, and handcuffed for the first time in his entire life.

In February 2016, a New York State Judge ruled Gerard’s arrest at the FRBNY as “Legally Insufficient.” However, just one week later, he says that 9 NYPD police officers invaded his apartment on the 33rd floor, after breaking his door, they injected him with drugs, they beat him and almost killed him all while claiming they were trying to help.

After this incident, Gerard filed another lawsuit. This time his lawsuit was against the NYPD and Bill Bratton himself who stepped down from his job as NYPD Police Commissioner just a few days after. He says that the FRBNY edited video surveillance and continues to deny Bill Bratton was involved.

After all of this, Gerard ended up with PTSD and was able to build powerful tools that helped him to personally recover his mind and find his path. What he developed uses Universal Modeling Language (UML), a visual language that IT engineers use to visually demonstrate how computer systems interoperate in the back end, or how data flows between different modules, etc.

When researching PTSD, Gerard landed on countless military websites and learned so much more about PTSD and veteran suicides. That’s when he realized that the visual system and tools he initially created by accident would actually be perfect for veterans as well and since the government or the VA doesn’t offer a similar program, he built a program called the FaithSMagnet Mental Transition Assistance Program (Mental TAP), which has since helped countless of military veterans and their families achieve their full potential in the civilian world.

Last year, thousands of veterans participated in one his company’s case studies and shared the exact same results. In fact, the program is so successful that the U.S. government is now interested.

To learn more about how this scientific and groundbreaking program is helping veterans and civilians achieve full potential for success and happiness in all aspects of life in the civilian world, visit the following links.

Why The Old Testament Doesn’t Mention Pyramids Because?

Black Hollywood Producer, Director, and Animator –  Mr. Leo Sullivan and Ethelyn O. Steward Sullivan, who have been working together for 60 years to uplift and inform Black families through animated interactive content. Their brand is called Afrokids® and pairs many digital properties including AfroKids.com and AfroKids.TV. Recently, they were honored by the Rev. Jesse Jackson’s “Operation Push” Read More…