The Gannt Report:  The “filibuster” was created in the U.S. Senate to give the minority back in the day, which were a group of white supremacists, a chance to discuss their ideas on the benefits of slavery.

Filibuster rules were subsequently changed so any Senator could block any bill from consideration or debate including bills that addressed voting rights, police reform and any other piece of legislation desired by Black Americans and other citizens of color.

Today, Senators don’t need to “hold the floor” or even defend their legislative positions. In other words, Donald Trump lovers can hoover in the dark shadows of the Capitol and block any legislation the Russian Babayka tells them to block. 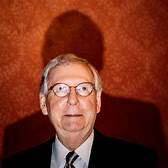 Why? Because too many “Democrats” are, in reality, Dixiecrats disguised as Democrats.

They want to get Black votes on election day but they refuse to vote for legislation of interest to people of color on days when Senate votes are considered on bills that will protect American democracy by making it easy for all Americans to cast the votes of the choices.

Yes, the people can fight for voting rights and the protection of democracy but they can only fight the way that devilish politicians tell them to fight!

Some of my colleagues that write newspaper editorials have twisted and turned the history of the filibuster and distorted how it is used right now.

The editorial devil is tricky. Can I prove it? Yes!

Editorial columnists say, Democrats are trying to “abolish the Senate filibuster”. Well, no Democrat I know is seeking to do that. I’ve read that there is a move to adjust the filibuster so it can’t be used on Constitutional matters.

They say voting rights legislation “is too high a price to pay for “momentary political gain”. OK, political cheap shots desired by a twice impeached and politically defeated ex-President are good shots if filibustering results in the destruction of fair voting laws and voting rights are impeded and suppressed.

Newspaper columnists continue saying the filibuster is useful in “slowing down the process” of making voting easier, faster and more acceptable for all voters, regardless of the voter’s skin color or political preferences.

Trump supporting editorial columnists and conservative politicians say it should be “difficult to change the law”. Hmmm? I guess that means abolitionist that disagreed with Strom Thurmond and other early filibusterers shouldn’t have changed slavery and Jim Crow laws. Perhaps, early American freedom fighters should not have fought to change British laws that depicted America as a colony of the United Kingdom.

Blacks and other Americans that support strengthening voting rights and laws are not “brash young U.S. House members”. They are all Americans that believe in supporting the Constitution, supporting Democracy and improving, not limiting and suppressing, the rights of every American qualified to vote.

The Dixiecratic politicians and bamboozling editorial writers have been exposed as Donald Trump puppets, parrots and pirates!

The filibusters have been busted!  If you don’t get tricked, you won’t get trapped!

Filmmaker Brandi Webb is the director of an experimental documentary that indicts the U.S. Government on 18 charges, for crimes committed against Black and Brown citizens. Her documentary, Betrayal of a Nation, is a two-part series that intertwines scripted courtroom dialog with out-of-court real-life interviews with experts and witnesses. These interviews highlight oppressive acts such Read More…

MARIJUANA PLANTS BITE THE DUST. SAN LEANDRO, Calif. — Authorities in a northern California county said an 18-month investigation has led to the seizure of up to 500,000 marijuana plants and more than $10 million in cash. According to the Alameda County Sheriff’s Office, the bust also included the confiscation of 6 tons of processed Read More…