The Brittney Griner swap: Was it worth it? 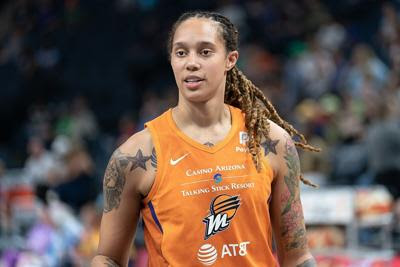 WNBA Phoenix Mercury player Brittney Griner in a 2019 game against the Minnesota Lynx in Minneapolis.

Let’s start with an obvious fact. Brittney Griner was traveling with an illegal substance and got busted.

The United States arrests, detains and incarcerates thousands of people found with illegal drugs at its border, at its airports and on its streets. Very few Americans are disturbed by the arrest of those caught with an illegal substance and it’s also true that 41 states, as well the District of Columbia and Puerto Rico, have legalized medical marijuana programs; 23 of those have decriminalized cannabis altogether.

But many other countries that prohibit the use of illegal substances like marijuana, cocaine and heroin have laws that are far more severe than those found in the U.S. for illegal possession of banned drugs.

I do not find anything wrong with countries banning drugs and having harsh sentences for possession. It’s the way to combat the ever-growing danger of illegal drugs. In 2019, 70,630 people died from drug-related deaths in the U.S. From 1968 to 2019, 1,015,000 Americans died from drug overdoses. Stopping these unnecessary deaths is a good idea to me.

Americans should not get a pass when they violate other countries’ laws by possessing, selling or using illegal drugs. We should not be considered any better than a person from Colombia transporting drugs into our country. If Americans violate a foreign countries’ law, they should suffer the consequences for their illegal behavior.

Griner was caught with hashish oil in her bag on a Russian airport video and confessed to possession. Getting convicted and going to the jail for possession is what you get when you travel with illegal drugs in most countries, and her celebrity status should not have given her a pass.

How many young people get busted for possession of marijuana in the U.S. and nothing is said or done to get them out of jail? There is generally no outrage when a 16-year-old Black teen is arrested and incarcerated for marijuana possession, even in the Black community.

The U.S. rallied around Griner because Russia arrested her for drug possession and gave her a nine-year prison sentence in accordance with its laws. The country had only 6,300 drug overdose deaths in 2019, which increased to 7,400 in 2021 during the pandemic, according to its own released data.

In comparison, 93,000 people died by drug overdose in the U.S. in 2020 and we hit an all-time high of 107,622 deaths last year. Perhaps Russia’s tougher drug laws have allowed it to keep drug use and deaths significantly lower than in our country. Having lost a family member to a drug overdose, I would welcome anything that prevents another family from going through the trauma of losing a loved one to the ravages of addiction.

Now, we’ve swapped Griner for Viktor Bout, known as the “Merchant of Death,” a notorious Russian arms dealer. Was it a good trade? I will not jump on the Republican bandwagon and criticize President Joe Biden for achieving what many Americans wanted – the return of a basketball star who got caught up in tensions between Russian and the United States. It would have been nice if her fellow imprisoned American Paul Whelan was also released, but second-guessing a tough negotiation is Monday morning quarterbacking. 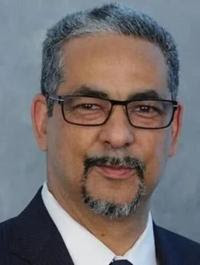 The Trump administration released more than 5,000 Taliban prisoners with no exchange. It and Republicans did nothing to bring back former Marines Whelan and Trevor Reed. Whether you agree with Biden’s trade of a man who supplied guns to Africa and the Middle East for a woman basketball player, he did achieve what the Republicans could not or did not – the return of both Griner and Reed.

To their families, any trade is a good deal, because their loved ones are home.

Tortoise George Bailey receives custom built wheelchair from Walkin’Pets, of Amherst, George Bailey an 11-year-old Sulcata tortoise, who was rescued from an exotic animal rescue shelter in Tennessee. “(It’s) a custom tortoise wheelchair with a special base featuring a convex support structure to accommodate the natural contour of George’s under shell and a harnessing system Read More…

The Gantt Report: War in A Political Babylon

The Gantt Report War in a Political Babylon If you listen to members of the Republican and Democratic parties, there is a political war going on, a war in a Babylon! The war talk is mostly a GOP thing but after Republicans armed themselves and attacked the United States capitol to prevent the orderly transition Read More…

FAKE NEWS Is Going To Wreak Havoc On Society. We Are Not Prepared. Last month during ESPN’s hit documentary series The Last Dance, State Farm debuted a TV commercial that has become one of the most widely discussed ads in recent memory. It appeared to show footage from 1998 of an ESPN analyst making shockingly Read More…