Southern Baptist Convention in Nashville, Tenn. Leaders of the SBC stonewalled and denigrated survivors of clergy sex abuse for years, according to a 288-page scathing report.

Southern Baptist pastors in Florida are among about 700 of the denomination’s clergy who have been “credibly accused” of sexual abuse, the church’s governing body said with the release of a secretly maintained list late Thursday.

The document dump comes after a bombshell report Sunday from an independent investigator that said the top leaders of the Southern Baptist Convention stonewalled and denigrated sexual abuse victims for two decades to protect their own reputations and remained “singularly focused on avoiding liability” for the church.

According to the report, the Florida pastors on the Southern Baptist Convention’s list of “credibly accused” clergy are: 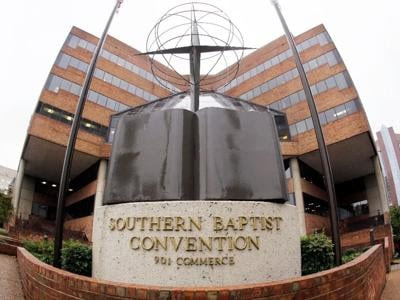 Patch has reached out to a number of the Florida churches named above for comment, but they did not immediately respond. We’ll update this story if we hear back.

The release of the names is a public repudiation of the way leaders at the nation’s largest Protestant denomination have responded to allegations of sexual abuse in the past. In doing so, the SBC’s top leaders said they’re committed to listening more attentively to survivors of clergy sexual abuse. » Read the full list of accused clergy.

“This list is being made public for the first time as an initial, but important, step towards addressing the scourge of sexual abuse and implementing reform in the Convention,” the SBC Executive Committee said in a statement on its website. “Each entry in this list reminds us of the devastation and destruction brought about by sexual abuse. Our prayer is that the survivors of these heinous acts find hope and healing, and that churches will utilize this list proactively to protect and care for the most vulnerable among us.”

The denomination also released the full report of the investigation conducted by Guidepost Solutions on its handling of sexual abuse allegations. It’s available on the website, too.

The denomination’s executive committee said Wednesday in a joint statement with Guidepost Solutions, which conducted the investigation, that it is creating a hotline for sexual abuse survivors that will be “an important stopgap measure” until more meaningful reform can be addressed at the SBC annual meeting in Anaheim, California, next month.

Gene Besen, the interim executive committee counsel, said in a statement after the meeting that the prompt release of the names is in the Southern
Baptist Convention’s best interests.

“It’s important, it is of immediate concern to the public and to the survivor committee, and we need to do it right away,” he said.

In an interview with The New York Times, Besen said that moving quickly means that some accused pastors’ names may be redacted because the claims couldn’t be substantiated by news reports and other sources, but researchers may put them back on the list as more facts are known.

“We have become too familiar with using techniques to slow processes down,” Ed Litton, president of the SBC’s Executive Committee said, according to an account in Christianity Today of the decision to release the names of “credibly accused” pastors. “We need to be very mindful that the world is watching, and they don’t need to see business as usual… we have to do this right.”

Under the “business as usual” practice, victims of sexual abuse and congregants who supported them repeatedly shared allegations of sexual abuse with top church leaders, “only to be met, time and time again, with resistance, stonewalling and even outright hostility” by some Executive Committee members, according to the nearly 300-page report.

“Our investigation revealed that, for many years, a few senior EC leaders, along with outside counsel, largely controlled the EC’s response to these reports of abuse … and were singularly focused on avoiding liability for the SBC,” the report said, continuing:

“In service of this goal, survivors and others who reported abuse were ignored, disbelieved, or met with the constant refrain that the SBC could take no action due to its policy regarding church autonomy — even if it meant that convicted molesters continued in ministry with no notice or warning to their current church or congregation.”

Survivors of abuse, both congregants and seminary students, have long pressed the denomination to release the list of clergy “credibly accused” of sexual abuse. The list was maintained for about a decade by an Executive Committee staff member who turned it over to the Executive Committee’s former vice president and general counsel.

The investigator found no indication that anyone “took any action to ensure that the accused ministers were no longer in positions of power at SBC churches.”

Schools faced with D and F Students are ditching the old way of grading A few years ago, high school teacher Joshua Moreno got fed up with his grading system, which had become a points game. Some students accumulated so many points early on that by the end of the term they knew they didn’t Read More…

Botany: Plants form Memories – Monica Gagliano began to study plant behavior because she was tired of killing animals. Now an evolutionary ecologist at the University of Western Australia in Perth, when she was a student and postdoc, she had been offing her research subjects at the end of experiments, the standard protocol for many Read More…

CA — A Best-Selling Thought-Provoking Novel-“Impact of Our Life Choices”,: Renowned author, screenwriter, and 6-time top 100 AALBC.com bestselling author, d. E. Rogers has recently announced he will release a new book titled, Limitation of Life: Time Heals No Wounds on March 23, 2021. The book, which is the author’s 13th novel embodies inspiring as Read More…

African American Children Book About a Buzzard On A Meat Diet