The North Carolina A&T’s men’s track & field team has made history again by breaking the record for the fastest 4×400 in the world. Photo Courtesy of @NCATAggies/Twitter

After ranking the best in the nation, the North Carolina A&T‘s men’s track & field team has made history again by breaking the record for the fastest 4×400 in the world. The four-member team won the outdoor race at the annual Clyde Littlefield Texas Relays at the University of Texas at 3:00.23 seconds, according to News &Record.

Duane Ross, A&T’s director of track and field programs, commented about the win and the future of the Aggies.

“I’m happy for our 4×4 team,” Ross said, according to North Carolina A&T’s website. “This is what we are supposed to do. We feel that we’re the best in the world at it, so this time and even faster times in the future are expected.” 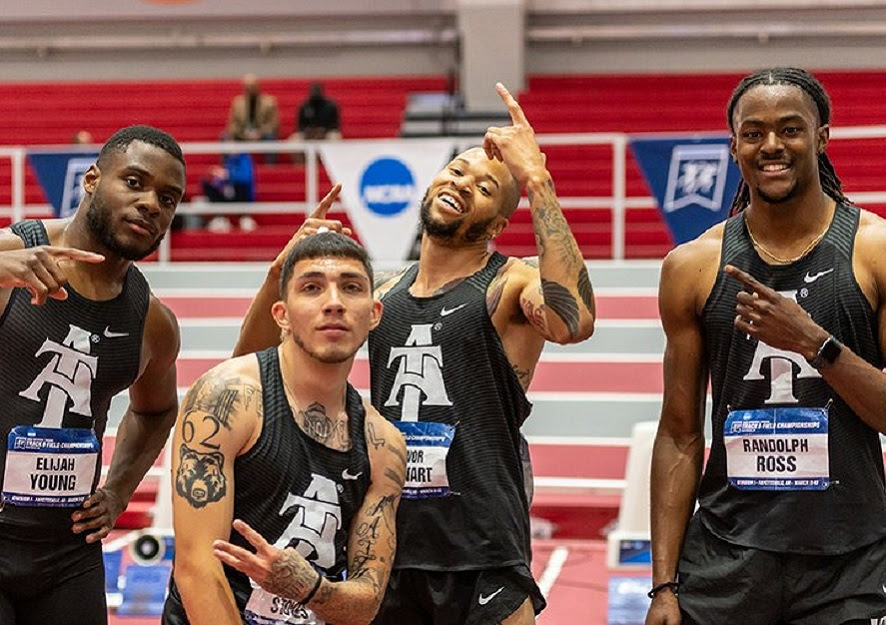 Breaking stereotypes ascribed to HBCUs, sophomore Randolph Ross Jr., junior Daniel Stokes, and seniors Trevor Stewart and Elijah Young had weeks before made their school proud at the NCAA Division I Men’s and Women’s Indoor Track and Field Championships.

Per Blavity, The Aggies became the first HBCU to win an NCAA indoor title in the 4×400 since Morgan State won back to back in 1965 and 1966.

“People are always going to discredit us no matter what we do,” Stewart told HBCU Gameday. “It boils down to we’re an HBCU. We’re not supposed to be doing this. It almost forces us to do it bigger and better. But we’re fine with that. It makes us better people, and it prepares us for life after college. Bigger and better is what the world is going to expect from us too.”

The world has now been served with their history-making win from the University of Texas outdoor races and the official Twitter account for the school’s athletic department celebrated the victory.

“The National Champs are at again!! And this time they’re doing it on the outdoor scene,” N.C. A&T Athletic wrote in a tweet. “This foursome just ran the fastest 4×400 time in the WORLD (3:00.23) at the @texaslonghorns Texas Relays.”

According to the United States Track and Field Cross Country Coaches Association’s (USTFCCCA) rating index, the North Carolina A&T athletic team was ranked number two in the nation. After claiming the national title at the NCAA championships, the team moved majestically to the number one spot.

According to Page Six, a woman filed the suit under the pseudonym Jane Doe and she is accusing Gooding of raping her twice in a SoHo hotel room in the summer of 2013. The woman said the assault occurred after she met the “Jerry Maguire” actor in the VIP section of a Greenwich Village Lounge Read More…

Are you feeling really “down” sometimes and really “up” other times? Are these mood changes causing problems at work, school, or home? I yes, you may have bipolar disorder, also called manic-depressive illness. Things to remember: 1. Look for signs of bipolar disorder. 2. Understand that bipolar disorder is a real illness. 3. See your Read More…