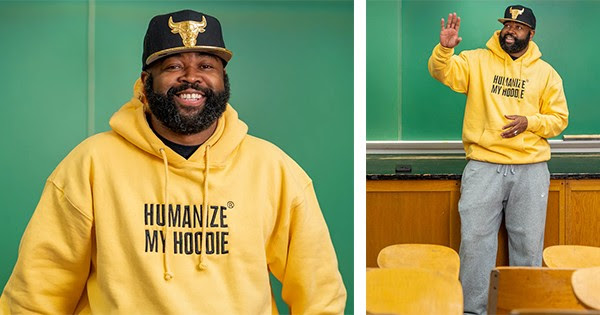 Jason Sole, who was formerly incarcerated on drug charges, is now a professor teaching Criminal Justice at Hamline University in St. Paul, Minnesota. After all that he has gone through, he said he believes there can be a world without police.

Sole, a native of Chicago, grew up during the 90’s war on drugs. He was doing good at school but he got involved in gangs when he was a teen. In fact, at the young age of 19, he was arrested and sent to jail after he was caught carrying a gun in Minnesota.

Since then, he had been getting in and out of jail on drug charges. At that time, he was also studying college. He eventually decided to get his Ph.D. in Criminal Justice.

In the past 12 years, Sole had been a criminal justice educator. He is currently an adjunct professor at Hamline University where he helps his students to prepare for careers in law and law enforcement.

“I can see a world without police and cages,” Sole would tell his students. Moreover, he is making initiatives to show other safer ways to hold people accountable when they harm others.

Sole co-founded Humanize My Hoodie, a movement that aims to fight against the stereotype of Black people wearing a hooded sweatshirt through clothing, art exhibitions, documentary screenings, and workshops.

Most recently, he has also launched a Kickstarter to help fund the Institute of Aspiring Abolitionists that aims to “provide political education for community members and practitioners to learn effective ways to improve relationships and reduce harm through courses, workshops, training, and coaching.” It has so far gathered nearly $50,000 of the $100,000 goal.

Andrea Stephenson has written her fourth book, Teaching Mathematics in Early Childhood. This book, which is an Amazon bestseller, has over 200 simple playful activities, tips, and resources that make learning math easy and fun. Many believe that math comes naturally for some and not others. This is simply not true. Math is a subject Read More…

Meet James A. Samuel, Jr., founder and CEO of a new app called ANJEL Tech that allows users to immediately began live streaming and transmitting footage to their family members when they are in any type of dangerous situation. The app, developed by a DC-based Black-owned company, appeals to the African American community because of Read More…

Tanzania — Tanzania’s vice president, 61-year old Samia Suluhu Hassan, was recently sworn in as the country’s president following the sudden death of John Magufuli, making her the first female president in the history of the East African country. “It’s not a good day for me to talk to you because I have a wound Read More…