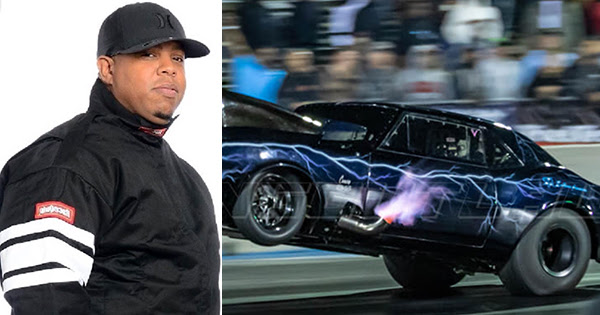 Nationwide — In case you haven’t heard, Al Roberson, known on the racetrack as “Al Boogie,” is a legendary, African American, grudge drag racer. In fact, he has stockpiled more wins in the ‘no-time’ category than any other racer in history!

This summer, Al “Boogie” Roberson and his fearsome team, The Southern Assassins, take to the tracks again, unleashing their world-famous, gluttonous beast of a car, Honcho the Camaro.

Grudge drag racing attracts thousands every weekend all over the United States and world, featuring cars that look like they want to eat you but none, it seems, are as strong and fast as Al Boogie’s Honcho.

Sitting in his garage (at an undisclosed location for security reasons), Al Boogie is leaning on Honcho while it is on Pro Jacks, in jeans and a t-shirt, sipping casually on a beer; seemingly unaware that he’s turned grudge racing on its head. The kicker? He drives with only one arm! And yet, he’s the winningest racer in the sport, having lost only ten races since the early 1990’s.

The Southern Assassins, comprised of Al Boogie and teammates Rick and Clint, built Honcho the Camaro with a purse of $175,000. “No car has ever beaten Honcho,” Boogie said proudly. When asked what’s under the hood, he grins mischievously. “I could tell you, but then I’d have to kill you.” Yes, it seems this trio of Mech Techs could turn even a Pinto into a tar-burning Carantula!

Al Boogie’s rise to grudge dominance was briefly interrupted by a seven-year gig in federal prison on a drug wrap. “I was set up,” said Boogie. “Then again, aren’t we all?” Since his release in 2016, Al Boogie and The Southern Assassins are chapping hides on drag tracks all around the world. “We’ve never run away from a challenge,” he’d like to remind us.

Al Boogie grew up in poverty in North Carolina — the no running water kind. But his stepfather allowed him to drive the family hotrod when he was twelve. “He let me rev’ it up and feel its horsepower.” After that, Al was hooked.

A day at the race starts simple enough for Al and The Southern Assassins. After a few test-runs with the team, the bombastic Al Boogie begins the event with some well-YouTubed smack-talk against his challengers (all in good fun), followed by a quick banter with the crowds and press. And then, all hell breaks loose as the Southern Assassins unleash Honcho, the gluttonous Camaro beast, across a 660-foot stretch of sheer madness!

Just then, Al “Boogie” Roberson spoke in reverent tones. “You’re strapped into this behemoth machine at the start lane, and that’s when anxiety sets in. You know that in just a few seconds, you’re in for a monster ride. Now, you’re on your own and you say a prayer.”

In the grudge racing world, drivers are prohibited from disclosing how fast their cars go. That’s OK. It’s plain to see The Southern Assassins’ drive in the speed of — insane.

How To Overcome The Tricks & Traps

How to Overcome the Tricks and Traps Self-Study Program. How to Overcome the Tricks & Traps of the Modern World, Courts, Governments & Corporations. by Mark-kishon: Christopher. :Global-Chief-Federal-Postal-Court-Judge &: Plenipotentiary-Judge. :Copy-right/copy-claim. Globally Recognized Certificate of Completion Once you have gone through my Self-Study Program you will be issued with a Globally Recognized Certificate of Completion Read More…

Have you Lived through a very scary and dangerous event? If one of the following problems sounds like you, you may have PTSD, Post-Traumatic Stress Disorder: I feel like the terrible event is happening all over again. This feeling often comes without warning. I have nightmares and scary memories of the terrifying events. I stay Read More…

Clean Water: The Life-Blood Of All Living Things