One of the nation’s largest teachers unions on Tuesday vowed to defend members who are punished for teaching an “honest history” of the United States, a measure that’s intended to counter the wave of states seeking to limit classroom discussion on race and discrimination.

In a virtual address to members of the American Federation of Teachers, president Randi Weingarten said the union is preparing litigation and has a legal defense fund “ready to go.” She promised to fight “culture warriors” who attempt to limit lessons on racism and discrimination by labeling it as critical race theory.

At least six states have passed new laws limiting how race can be taught in the classroom, including Florida, and similar proposals are being considered in more than a dozen others. Many of the bills are intended to bar the teaching of critical race theory, an academic framework that examines history through the lens of racism. It centers on the idea that racism is systemic in the nation’s institutions and that they function to maintain the dominance of white people in society. 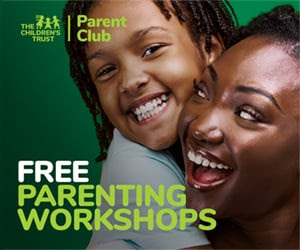 Bills in some states threaten to fine individual teachers who violate the rules or reduce state funding to their schools.

In an interview, Weingarten said the union is adding $2.5 million to an existing legal defense fund in anticipation of local fights over the teaching of race. The funding will be used to defend teachers who are disciplined for teaching about slavery and racism. The union is also considering filing lawsuits to get clarification about new state laws limiting how racism can be discussed in schools, she said.

“We’re looking at these laws to see if courts will give some clarification in advance,” Weingarten said. “It just looks like it’s an attempt to erase so much of the history of the United States.”

Once an obscure academic idea, critical race theory has become a political rallying cry for Republicans who argue that it sows division and makes children feel guilty for being white. But Weingarten said the concept has mostly been taught at the college level and is not taught at the nation’s elementary, middle and high schools.

Instead, she says conservatives are invoking the theory to bully teachers and prevent any critical discussion of the nation’s history. Some of the state laws are so expansive, she said, that they appear to prevent any accurate lesson on the Civil War, slavery or its abolition.

Meet James A. Samuel, Jr., founder and CEO of a new app called ANJEL Tech that allows users to immediately began live streaming and transmitting footage to their family members when they are in any type of dangerous situation. The app, developed by a DC-based Black-owned company, appeals to the African American community because of Read More…

Kanye West: Builds a new ‘city of the future’ on an island in Haiti

Following a trip to Haiti in September alongside Iranian-American venture capitalist Shervin Pishevar, rapper and fashion designer Kanye West revealed the president of the Caribbean island has given them a portion of Tortuga/Turtle Island to develop into a “city of the future.” Touching on the subject during an interview on the Joe Rogan Experience podcast Read More…

Derek Chauvin: Half Of The Jury In The Chauvin Trial Is Nonwhite

Half Of The Jury In The Chauvin Trial Is Nonwhite. That’s Only Part Of The Story The jury chosen for the trial of former Minneapolis police officer Derek Chauvin, charged with murder in the death of George Floyd, is notable because it is significantly less white than Minneapolis itself. Among the 12 jurors and three Read More…