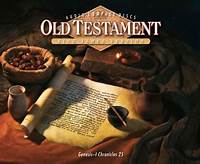 With all due respect to the other answers, there is a very simple reason why the pyramids are not mentioned in the Old Testament. It’s the same reason that the Old Testament doesn’t mention the Grand Canyon or the Great Wall of China: none of the action of the Old Testament takes place at or near the Giza plateau. The closest the Hebrews ever came to the pyramids (in the biblical narrative) were the cities of Pi-Ramses and Pithom, roughly 80 miles north of the Great Pyramid. Also because their actual dates of construction would go against the “official” 4000 and some “years” that the entire Universe is told to have existed so far.  The Old Testament story tellers and later, writers, were never near the pyramids, In the 3000 to 1,200 BCE time period Egypt ruled up into Israel and Syria

Nationwide — Jacksonville Sheriff’s Ofﬁcer, Alejandro Carmona, was arrested for online child solicitation in March, and it was veriﬁed that he is the same ofﬁcer involved in the police brutality case that made headlines last year after police broke a black woman’s teeth in May 2020. Alejandro was released on bail in March but was re-arrested on Friday, Read More…

Seven-year-old Viola Fletcher was awakened by her parents 100 years ago today and told they had to leave home. Angry, gun-toting white mobs had set out under the cover of nightfall in her hometown of Tulsa, Oklahoma, to kill Black people and destroy Black America’s economic mecca. Now 107, Fletcher recalls the night that forever changed Read More…

Veteran Quincie White, an African American female who has been in the U.S. Army for 33 years, is now a published author of a book she released in 2020 entitled Soft Targets, My Memoir. Quincie, who describes herself as a counselor for those deciding their path in the military, says that she decided to write Read More…