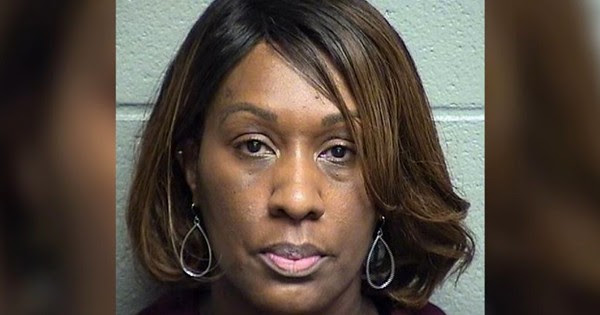 A former employee at North Carolina Central University, a historically Black university in Durham, NC, has been charged with embezzling nearly $1 million from the school.

At that time, Ward was working as the business and technology application analyst and office manager for the school’s Eagle Card, which students use to register for classes, check out books, pay for laundry services, purchase meals, and attend campus events.

She was arrested on one count of felony embezzlement of state property and was released on a $1 million unsecured bond.

However, Ward claims she is innocent and she doesn’t know why she is being accused of the crime. She also said she plans to plead not guilty.

Meanwhile, university officials confirmed Wade is no longer employed at the univ

Florida State Bounced Checks Teacher bonus checks are bouncing in Florida When dozens of Florida teachers tried to cash their state-issued $1,000 bonus checks this week, they got a startling response: “insufficient funds.” No, the State of Florida hasn’t run out of money. Instead, the bad checks are being blamed on a “banking error” by Read More…

AmericanRescuePlan — Changing the Course of the Pandemic for All Americans

AmercanRescuePlan also addresses inequities in access to pandemic resources by making significant investments into small, Black businesses by providing $50 billion for new and existing small business relief programs. This legislation bolsters the Paycheck Protection Program with an additional $7.25 billion in funding to support small businesses and non-profits that were previously excluded. We will Read More…

Miami’s Activists rally to prevent jail time for people who are Homeless in Miami.  Demonstration calling for systemic change reach City Hall  David Peery, who previously experienced homelessness as a victim of the 2008 recession, knows far too well how one unfortunate circumstance can drastically alter the trajectory of someone’s life. Last Thursday, the attorney Read More…