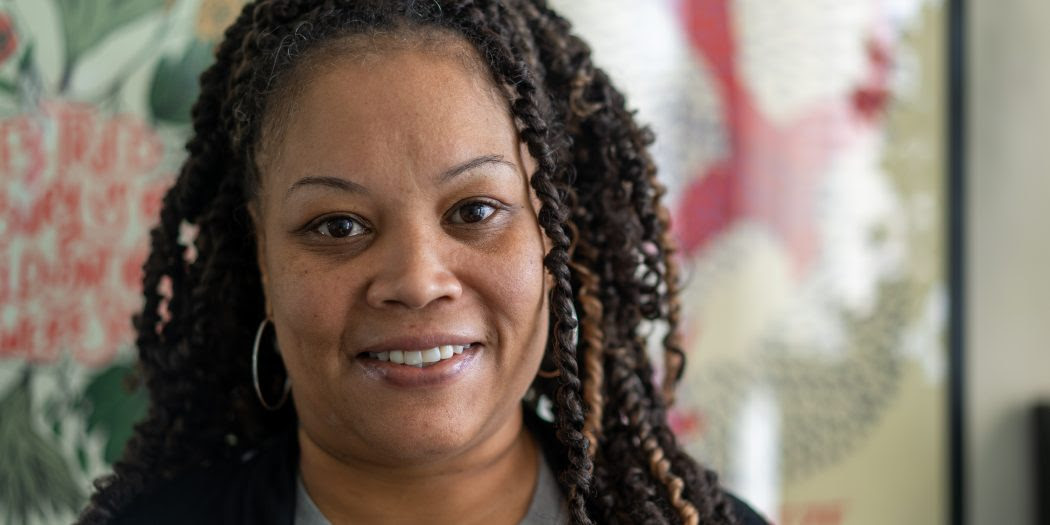 The vote marks the final step of an effort Tequila Mcknight began nearly two years ago. She knows firsthand why the ordinance is needed. (Katie Hyson/WUFT News)

The ordinance prevents potential employers – only those with 15 employees or more – from asking questions about or running a check on the criminal background of a candidate until after making a conditional offer of employment.

They can still rescind the offer after the background check, but advocates are hopeful delaying the step will both expand the qualified candidate pool for businesses and give people who served their time a better chance at regaining employment.

It does not apply to jobs that are legally off-limits to people with criminal histories.

If a business is found to have violated the ordinance, half of the $500 fee will be split with the person reporting.

The vote marked the final step of an effort Tequila Mcknight began nearly two years ago. She knows firsthand why the ordinance is needed.

Mcknight was released in 2014 after several years in prison for a charge related to a fight outside a club, which Mcknight disputed. The judge noted it was the mandatory minimum sentence; he couldn’t lower it even if he wanted to.

Though she had years of experience cleaning, assisting people with disabilities and working in group homes, Mcknight said she came home “to no opportunities at all.”

She said she had to take a job at a Gainesville hotel making $3.81 per room.

“I didn’t even know that was possible to make,” she said. “It was unbelievable. But I couldn’t get anything else.”

Her experience is not isolated. On average, people who have spent time in prison experience a 52% reduction in annual income after they return home.

Mcknight’s criminal record has been clean since, but she said the decade in between didn’t make a difference to potential employers.

Application after application, no matter how “low” the job, she was told “no” with little more explanation than “you’re not a good fit.”

She defied their expectations.

She performed well at the hotel and said she worked her way into management after about a year.

She owns her own business, TNT Dynamite Cleaning Service.

She joined a woman she said had once been incarcerated with her, Jhody Polk, in knocking on doors to garner support for an amendment that would restore voting rights to people with felony records.

The amendment was passed overwhelmingly in 2018.

“And I still can’t vote right now,” Mcknight said with a wry laugh. “Even though I did all that work for it.

“I was able to vote, and then they took it from me late last year.”

Like many of the nearly 1.5 million formerly incarcerated Florida residents, Mcknight’s rejoicing was cut short in 2020 when a federal appellate court upheld the position of Gov. Ron DeSantis that felons must pay all fines, restitution and legal fees before they can regain their right to vote.

It was Polk who pointed her to a new, paid fellowship with Community Spring in 2020, where Mcknight cofounded Torchlighters Reentry Support and the Grassroots COVID Recovery Campaign.

Community Spring hires people who’ve experienced structural poverty in Gainesville to lead the dismantling of it.

Mcknight knew immediately what project she wanted to work on with the inaugural cohort of three other fellows: People with records needed jobs.

She saw it as helping local businesses, too, who were turning down candidates who may have been a good fit.

“Once you check that box, they lose interest and it’s over for you.”

The fair chance hiring ordinance first came before the commission in May of 2021. After more than a year of workshopping, it became a reality.

Mcknight is happy with where the language of the ordinance landed, with one exception: Given that Gainesville is filled with small employers, she had hoped the employee minimum would have been set lower than 15.

During the workshopping process, Community Spring and the Greater Gainesville Chamber cohosted a roundtable with business leaders to give feedback on the ordinance.

“This ordinance will be especially costly to smaller employers,” one bullet point of feedback in the meeting summary reads. “The hiring process takes time and money and with the turnover in many businesses, this adds to both.”

The director of public policy and grassroots engagement for the chamber, Vicki Gervickas, said in an email that they support every effort to connect potential employees with their businesses, but echoed this reservation.

“We fully appreciate the intentions of this specific ordinance,” she wrote. “We do remain concerned that it will actually add barriers to the hiring process rather than remove them.”

Gervickas, who said she was out of office at the time, did not respond to a request for a phone conversation to elaborate on what those barriers would be.

Artavis Jamar Mallary, by contrast, is concerned the ordinance might not go far enough.

Mallary said he never thought he’d have “a past that taunted” him for so long.

His job applications always go well until the background check.

“Once you check that box,” he said, “they lose interest and it’s over for you.”

While the ordinance gives him enough hope to ramp up his applications, he’s worried it will just delay when in the process they say no.

“As long as you still got the chance to say ‘I still don’t want to hire you,’” Mallary said, “it doesn’t really matter.” 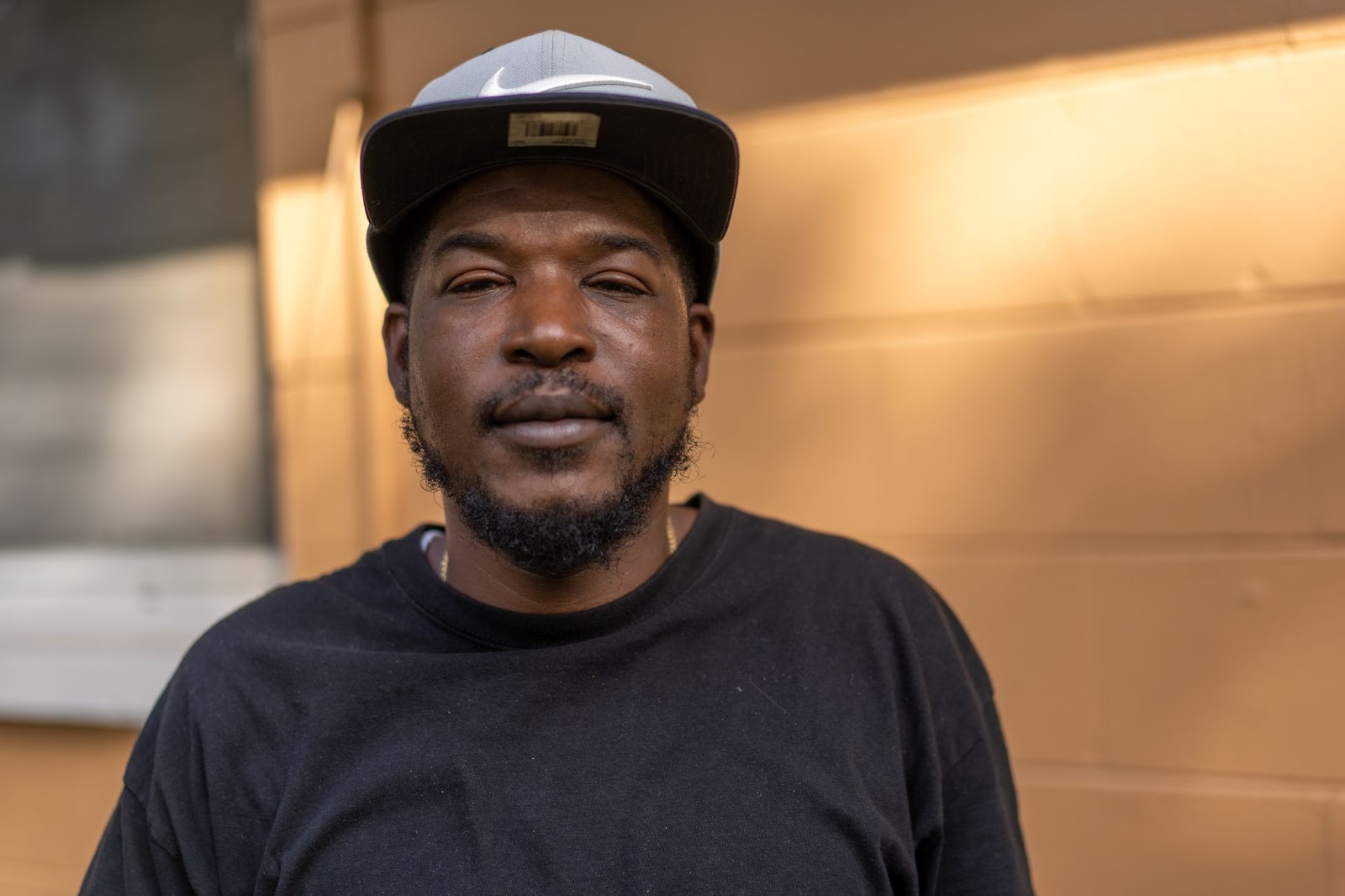 Artavis Jamar Mallary was acquitted of attempted premeditated murder in 2020 and all other charges were dropped. To an employer Googling his name, that may not matter. (Katie Hyson/WUFT News)

As a Black man, the odds are stacked against Mallary. And that’s not just because Black Americans remain more than five times as likely as white Americans to be incarcerated, a disparity even wider in Alachua County.

One study even suggested possible unintended consequences from a “ban the box” ordinance like the one Gainesville just passed: If employers wish to avoid hiring someone with a background and can’t check, they may be more likely to lean on racial stereotypes and default to hiring a white candidate.

Mcknight acknowledged Mallary’s concern and stressed that shifting employers’ thinking around these issues through training would be key.

Gainesville’s Office of Equity and Inclusion, which is tasked with educating about and enforcing the ordinance, did not respond to two requests by email and two requests by phone over four days for answers to questions around training and the anticipated volume of reports.

As of last year, 15 states and 22 cities applied some sort of fair chance hiring policy to private employers. Gainesville is Florida’s first, but Mcknight hopes not the last.

Big Pharma giant Johnson & Johnson admitted bribing European doctors and agreed to pay $70 million in civil and criminal court, according to a recent article in The New York Times. The bribes were so egregious that one copy of an internal company 3-mail stated that providing cash incentives to surgeons is common knowledge in Read More…

Biker Give Rookie Police Officer A Lifetime Thriller – A rookie police officer pulled a biker over for speeding and had the following exchange: • Officer: May I see your driver’s license? • Biker: I don’t have one. I had it suspended when I got my 5th DUI. • Officer: May I see the owner’s Read More…

By Lucius Gantt For more than 40 years, I’ve been writing about how much money is spent in political campaigns and how nearly 97% of campaign dollars are spent with vendors of one race. In today’s column, I want to try and use an analogy to hopefully get you to understand why low voter turnout Read More…