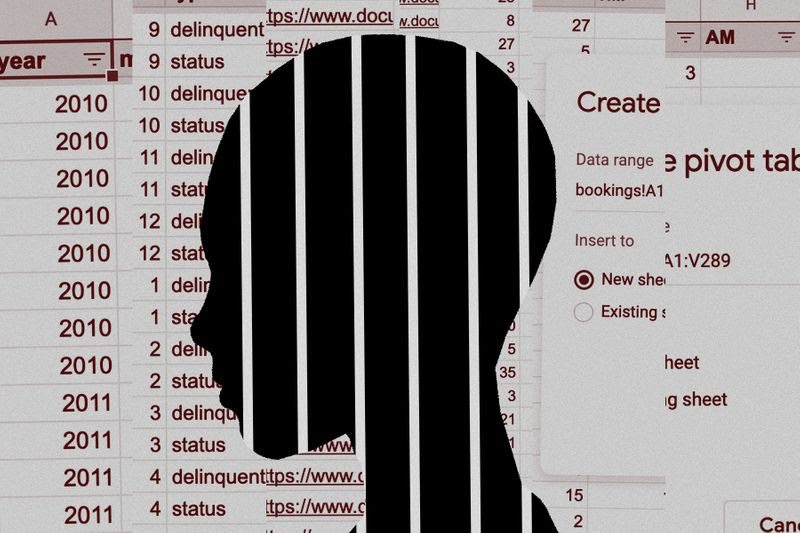 In October 2021, ProPublica published a gutting and outrageous narrative of a juvenile court judge who oversaw a system that jailed children at extraordinary rates, and a county full of officials who collaborated or looked the other way.

In one particularly egregious case that reporters Meribah Knight and Ken Armstrong found, several Black children were arrested at school and jailed for a crime that didn’t even exist. Two police officers who were sent to arrest them couldn’t help but wonder: If the kids had been white, would any of this have happened? A lot of readers wondered, too. Counterfactuals like that bring up a point worth flexing some investigative muscle on, even if they are challenging to answer definitively.

Ken and Meribah had discovered a story that showed that the Tennessee Commission on Children and Youth had tracked how often counties violated the law by jailing kids for longer than allowed, at least up to 1999. But it was unclear if the state still collected or kept that information, and if so if it would be willing to share it. In an effort to give some scope to the issues in Rutherford County, Ken and Meribah put in a records request, but didn’t hold their breath.

This is something reporters grapple with all the time. When do we stop gathering facts and write the article? Can we tell this story without a specific piece of information? Should we wait and see, or is what we have found too important not to publish now?

In this case, since Ken and Meribah didn’t quite know what the reports would show, and they had already uncovered disturbing realities about how the Rutherford County juvenile justice system was run through other documents, depositions, interviews and more, they worked with what they had.

After the story published, the data they’d requested showed up with a surprise. Not only did the state have records going back 11 years, the reports also held aggregate totals of the children sent to jail and their races, too.

OK, bear with me as I quickly dive into the mechanics of what happened next. The data consisted of dozens of monthly inspection reports the commission had done for the juvenile detention center in Rutherford County, saved as PDFs. The PDFs included counts of children jailed, the county they came from and their races. Meribah and Ken brought ProPublica’s deputy data editor Hannah Fresques on board. To analyze the data, she needed it compiled neatly. So Ken spent a day or two moving the information by hand from the PDFs into a Google spreadsheet. (I’m sure many of you data practitioners are familiar with the soothing monotony of manual data entry.)

Hannah then used one of the most advanced, complex and highbrow techniques known to humankind. Just kidding — she used a pivot table. Pivot tables are like Data Analysis 101. They allow you to take data sets and sort, analyze and summarize them in different ways.

So Ken had compiled a spreadsheet that had the numbers of children booked into jail by each race every year for the last 11 years, and Hannah pivoted the spreadsheet to show totals by race.

That number means pretty much nothing out of context, so the reporters used census data to compare the rate to the Rutherford County population at large.

That’s a huge racial disparity. But there was more context to add still.

This is where data reporting, and especially racial disparity data, can get dicey. To me, that seemed like a huge and shocking disparity. Front page news. Stop the presses. To Ken, who has been reporting on the criminal justice system for decades, it seemed expected. (Not acceptable and definitely in need of attention, but certainly not surprising.)

In fact, The Sentencing Project showed that in 2019, 41% of the children incarcerated nationally were Black, even though Black children make up only 15% of the nation’s youth.

And that’s consistent with how a lot of data reporting goes, especially when journalists uncover racial disparities. To the people paying attention, especially people living through inequalities, the journalists haven’t “uncovered” anything at all. It’s hardly even news.

“We’re so used to seeing how profoundly unfair the criminal justice system is that we’re almost numb to it. And then when you see something that lines up with your expectations, the temptation’s to just shrug your shoulders and say, yeah, I thought so,” Ken told me.

But there was another piece of context to check, to see if Rutherford County stood out. Hannah created another pivot table to see how the disparity had changed over time.

The results: While the racial disparity in most of the country had been decreasing for years, in Rutherford County, it was only getting larger. So even though its disparity was roughly consistent with the nation’s, we were still able to show that something is different in Rutherford County.

This straightforward analysis exemplifies the power of ProPublica’s data team. “We’re trying to document some basic on-the-ground realities,” Hannah said about the data team’s work. “These racial disparities were not things previously documented and were not public.”

But there’s still more information you’d need to make sense of the data, and it can’t be found with a pivot table or any other advanced methodology. I’m talking about causes and effects.

Here’s what I mean.

In a lot of ProPublica projects, data like this might prompt reporters to ask some important questions: Who is responsible for this disparity? Why is it getting larger? What does it look like to the actual children going to jail, or to their families?

We published a great example of this just a few weeks ago. Data ProPublica obtained and analyzed showed that Black and Latino drivers in Chicago were getting a disproportionate amount of tickets from traffic cameras. But traffic cameras are supposed to take racial bias out of the equation. So the reporters dug in to try to understand what the disparity might really be exposing. They found that pedestrian- and bike-friendly infrastructure like bike lanes, large sidewalks, medians and crosswalks do a whole lot to slow cars down and are much more prevalent in white neighborhoods.

That context allowed the reporters to find a very simple but damning truth: Some of the factors that contribute to ticketing disparities, such as wider streets and lack of sidewalks in low-income communities of color, also make those neighborhoods more dangerous for pedestrians, cyclists and even motorists.

And independent of the factors that caused the ticketing disparity, there was a clear effect. As that story says: “Black neighborhoods have been hit with more than half a billion dollars in penalties over the last 15 years, contributing to thousands of vehicle impoundments, driver’s license suspensions and bankruptcies, according to ProPublica’s analysis.”

In the case of Rutherford County, though, the data that documented the on-the-ground realities came after the initial investigation was published. Even without the data, Ken and Meribah were able to write a piece that examined the juvenile justice system in Rutherford County and exposed mishaps, wrongdoing, unfairness and more. It was punctuated by members of the system themselves wondering aloud about how racism had played a part in their work. It dove deep into the background of the Judge Donna Scott Davenport, who oversaw the court and the jail, and readers walked away with real questions about her qualifications, motivations and actions. (Davenport declined to comment for the initial investigation and did not respond to a request for comment about the racial disparity information. Since the first investigation was published, Davenport has lost her adjunct instructor position at Middle Tennessee State University and announced she was retiring from the bench, saying, in part “I am so proud of what this Court has accomplished in the last two decades and how it has positively affected the lives of young people and families in Rutherford County.)

The team at ProPublica is committed to the hard work of crunching the numbers to understand the truth as best as possible and digging past those numbers to understand how disparities come to be and the actors and systems responsible for them. We’re always wondering: What realities does this data expose?You didn’t need the data showing racial disparities to know something was wrong. The reporters proved it in other ways, too. The data confirmed it.

Because data without context only gets you part of the way toward understanding the truth.

The Gantt Report:  Message To Black Women Ladies, this column is for you. I have two daughters and what I’m writing about is nothing that my daughters haven’t heard from me before. Sisters, you never know who you’ll fall in love with. Most women want a “good” man but what is a good man? Well, Read More…

More than 500 arrests across the nation have come after the riot, which saw protestors break into the U.S. Capitol as legislators voted to certify Joe Biden’s presidential win. Many of the rioters were supporters of President Donald Trump. Five people died in the riot, including a Capitol Police officer who died after suffering a Read More…