Veterans are needlessly dying in hospitals across the country.

That’s the key finding of a damning new report on the VA healthcare system, which is responsible for providing care to millions of vets. Over a six-month period in 2021-2022, over 100 VA employees were arrested on corruption charges. Doctors received six-figure kickbacks. And numerous patients died while waiting for life-saving treatment. 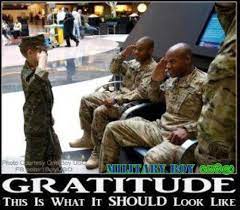 In the fall of 2020, a patient in Augusta, Georgia went to the local Veterans Affairs medical center for a minimally invasive urologic surgery, according to a new report from the VA’s Office of Inspector General.

Less than two weeks later, the OIG reports, he was dead. The Inspector General concluded that there had been “multiple deficiencies” in the patient’s care. Among them, his doctor allegedly failed to account for his history of chest infections and alcoholism.

Sadly, this is just one of countless examples of the VA’s failure to provide adequate care. And it shows why proposals to nationalize U.S. health care — like Senator Bernie Sanders’s bill to establish Medicare for All, which he reintroduced in May — are bad news.

The OIG’s most recent report, which covered October 2021 to March 2022, identified more than $4 billion in “monetary impact” — waste, questionable spending, fraud, and the like. Investigations into offending behavior led to more than 100 arrests for crimes that included wire fraud and bribery. One Louisiana doctor had received more than $650,000 in kickbacks from a medical supply company.

But while the waste and criminality are galling, the patient stories are worse.

A veteran who sought treatment and eventually died at a VA center in New Mexico waited 175 days for a CT scan for possible lung cancer, according to the OIG. Then, even though the results showed signs of cancer, the patient did not receive a follow-up biopsy. The patient eventually received a conclusive cancer diagnosis at a non-VA hospital.

The OIG also reported on a patient who died 17 days after being discharged from a VA medical center in Gainesville, Fla., after a 33-day hospital stay. The Inspector General concluded that the facility “failed to develop a discharge plan that adequately ensured patient safety and continuity of care.”

Even patients not in imminent danger face the stress of extremely long waits. At the VA clinic in Anaheim, Calif., at the beginning of June, new patients could expect to wait 29 days for an appointment. At the three clinics in Jacksonville, Fla., the average wait in early June was 52 days. And at one clinic in Fayetteville, N.C., earlier this month, it was 96 days.

None of this should be especially surprising. Long waits and sloppy care characterize single-payer health care all over the world.

Canadians face a median wait of more than 25 weeks for treatment from a specialist following referral by their general practitioner, according to the Fraser Institute, a Canadian think tank. Such delays have serious consequences. SecondStreet.org, another Canadian think tank, found that over 11,500 Canadian patients died while waiting for surgeries, procedures, or diagnostic scans between 2020 and 2021.

Canada and the VA offer a glimpse of the subpar treatment, needless suffering, and rampant fraud and abuse we can expect under Medicare for All.

Sally C. Pipes is President, CEO, and Thomas W. Smith Fellow in Health Care Policy at the Pacific Research Institute. Her latest book is False Premise, False Promise: The Disastrous Reality of Medicare for All (Encounter 2020). Follow her on Twitter @sallypipes.

HOT IN THE NEWS–Air Force Cadet LeRoy Homer, Jr. A Black Pilot of 9/11

How many knew about the LeRoy Home, Jr a black pilot who crashed his plane in Shanksville, PA Sept 11, 2001? Maybe not his name or history, but just knew that the pilot was an educated black man who was married and a father. The short bio below will bring us all up to date Read More…

Why Healthcare Must Go Green! Green has always been my favorite color, though I didn’t know why until recently.  Now it is fast becoming the world’s favorite color, and thank goodness for that. Whether more and more people are “going green’ and becoming more environmentally conscious because it is trendy and cool, or because they Read More…

Enreeka Nalasco, a former substitute teacher from Miami Beach was arrested on several charges, including human trafficking and is accused of giving drugs to adolescent girls in exchange for money and sexual favors. CBS4 in Miami reports that Nalasco, 32, allegedly used social media to make friends with the student and lure them in. The former teacher is being accused Read More…