CERN’s accelerator complex helps scientists probe the fundamental building blocks of the universe. But when one scientist needed to construct a radiation-hard apparatus to test novel sensors at CERN, he turned to the building blocks of his childhood: LEGO. 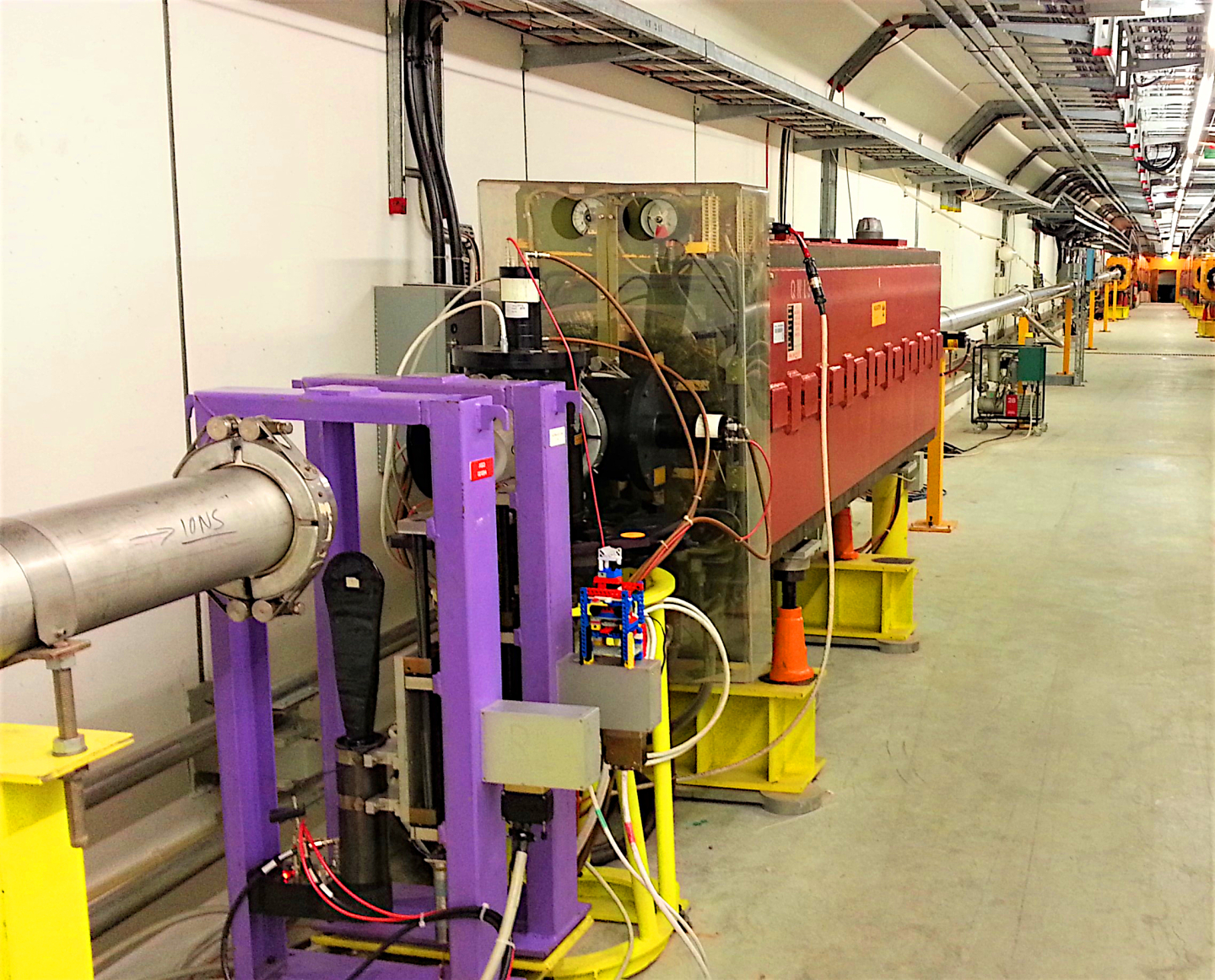 Spot the moving table: the LEGO-based device can be seen next to the beam line (Image: Michael Deveaux/CERN)

NA61/SHINE is  a fixed-target experiment that uses particle beams from the Super Proton Synchrotron to s  tu  dy the properties of hadrons, which are composite particl  es made of quarks and gluons. In 2015, the NA61/SHINE team planned to build a new subsystem based on pixel sensors. These sensors are essentially modified smartphone cameras and serve as excellent hadron detectors. First, though, the scientists had to know if the sensors could withstand aggressive radioactive impacts caused by a beam of lead nuclei.

When an unforeseen issue with the NA61/SHINE magnets prevented regular data taking for a few weeks, the collaboration decided to use the available lead-ion beam to test the sensors. The sensor samples could be acquired at short notice, but a remote-controlled, movable table to hold them in the particle beam was needed. This table had to be lightweight and resistant to nuclear activation from the radiation. Building it at the mechanical workshop would have taken more time than was available for the tests.

One evening, while playing with his two-year-old daughter, NA61/SHINE scientist Michael Deveaux absent-mindedly puzzled over the problem. He realised that not only would LEGO provide a light and activation-resistant material, a device made with the bricks could also be engineered quickly and modified if needed. Michael called his younger brother and implored him to retrieve their childhood LEGO boxes from their parents’ home. The brother – an architect by training – teamed up with his own ten-year-old son to fetch the boxes and design a prototype movable table. Meanwhile, Michael bought missing components, like an electric motor, from a LEGO shop in Frankfurt.

The siblings reconvened the following weekend, tested the table and measured the speed at which it could move the sample. After all, without visual contact, one could only drive the device remotely by knowing its speed and counting the seconds. Once they were convinced it could work, Michael submitted a report to NA61/SHINE and the colourful device was installed in November 2015.

“Soon, my colleagues started to complement the experiment by adding some LEGO trees on top of the structure,” recounts Michael. “I had to write a message asking them not to do so.”

The tests were successful and provided the required information. And what about the improvised table? “Today,” Michael says with a grin, “the LEGO apparatus sits on a shelf in my office, awaiting use in the future, either by NA61/SHINE or my children!”