Commission districts to limit the election of African Americans, like my friend, Fredd Atkins, who was expected to win a County Commission government seat before the satanic move that favored whites that seek to win elections in Sarasota. Wealthy Floridian Hugh Culverhouse Jr., an investor in hedge funds, oil

and gas, is putting his name and money behind the law suit. Blacks in Sarasota should fight for their voting rights. Culverhouse and The Gantt Report will join the political battlefield with them. 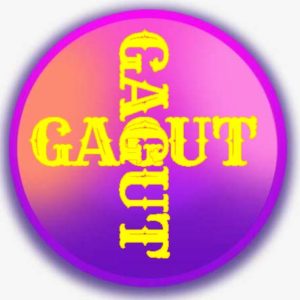 e Gantt Report is asking Florida’s and the nation’s media organizations to call attention to legal efforts by the family of the late scholar and Professor Gabriel Audu Oyibo, who discovered GOD ALMIGHTY’S GRAND UNIFIED THEOREM (GAGUT).  GAGUT has been ranked as the greatest mathematics work of all time! The Oyibo family has accused a hospital of medical malpractice after a severe case of gout affecting Usman Oyibo was misdiagnosed and labeled as a “mysterious unknown disease”. The family is accusing health care providers of misconduct, medical malpractice and deliberately allowing Usman Oyibo “to suffer unnecessarily from Gout in order to die”! Contact Ronald Kruegger at  kruegger100@gmail.com for more information CLICK HERE

There’s no pressing need for America’s African American voters to get caught up in the political battle to remove the President from office. Donald Trump has already been impeached but many US Senators have been willing participants in wide spread jury tampering in the proposed so-called Senate trial. Trump has raised money and Russians have contributed money to Senators that are willing to sell their votes and support to the highest bidders. I don’t blame the Speaker of the House for refusing to do anything to allow the President and his Senate puppets violate their oaths, discredit the Constitution and make a mockery of American Democracy. No devil is above the law!

Much has been made of the fact that a black teenager laughed openly in court after being sentenced to 65 years in prison. Article preview thumbnail Teen laughs, but unamused judge hands down 65-year sentence An Alabama teen laughed at a judge’s comment during his sentencing hearing Thursday. Read on daytondailynews.?com Error loading player: No Read More…

It’s ‘ride or die’ time  for B-CU alumni We live in a world which respects power above all things. Power, intelligently directed, can lead to more freedom. Unwisely directed, it can be a dreadful, destructive force.– Dr. Mary McLeod Bethune, “Last Will & Testament”