This is the hardest article to have put in words.
The words were filtrated, articulated, matriculated, infiltrated, only to deviate as we enter the caverns and caves away from the norm of what we call proper journalism.
The definition of Drug- late 14c. (early 14c. in Anglo-French), “medicine, chemical ingredients,” from Old French droge “supply, stock, provision” (14c.), which is of unknown origin, perhaps from Middle Dutch or Middle Low German droge-vate “dry barrels,” or droge waere, literally “dry wares,” but specifically drugs and spices, with first element mistaken as word for the contents (see dry goods), or because medicines mostly consisted of dried herbs.
Application to “narcotics and opiates” is late 19c., though association with “poisons” is 1500s. Druggie first recorded 1968. To be a drug on or in the market (mid-17c.) is of doubtful connection and may be a different word, perhaps a play on drag, which was sometimes drug c. 1240-1800.
The definition of Underworld: c. 1600, “the lower world, Hades, place of departed souls,” also “the earth, the world below the skies,” as distinguished from heaven. Similar formation in German unterwelt, Dutch onderwereld, Danish underverden. Meaning “lower level of society” is first recorded 1890; “criminals and organized crime collectively” is attested from 1900. Underworld slang meaning “violent intimidator” is from 1934, U.S. underworld slang. 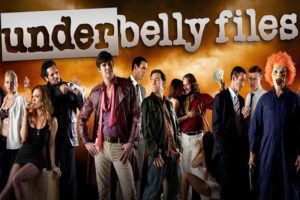 The treachery of ‘grateful Negroes’

While flipping through my television, I heard a host on the comedy show, Fox and Friends, denouncing an NFL player who sat down

People of color are growing accustomed to imminent danger. By Sahaj Kohli I’ll never forget the first time I realized people saw my brother and dad

The Gantt Report – You Can’t Go Back To Get Ahead

By Lucius Gantt      “Back to the Future” was a classic sci-fi movie about a teenager that traveled back through time in a modified DeLorean car. The teen encounters young versions of his parents and must make sure that they fall in love or he’ll cease to exist.      “Back to the Past” is what Read More…