“The Gantt Report Live” is not a television show but it should be and it will be if I feel like putting the show together.

I felt it was necessary for me to write a column about a Gantt Report TV show after reading news and internet accounts about a proposed Black Television News Channel (BTNC).

Well. BTNC is nothing new. Former Congressman and great college quarterback J.C. Watts has been trying to start a Black news network for 10, 20, maybe 30 years. 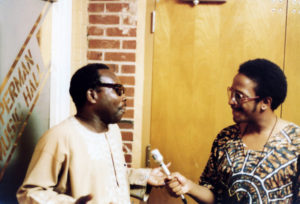 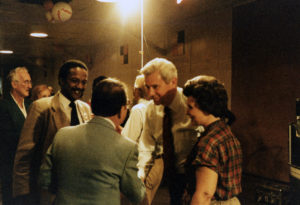 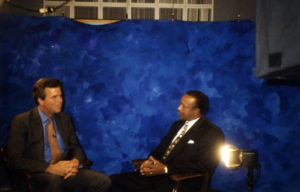 Watt’s media dream will come true because he is dedicated and committed to making his news network dream a reality and I admire him for that. Also, there are so many more broadcast and internet streaming opportunities and all of those media companies need more media content.

Now, Watts is a great businessman, not a great journalist.He is a member of the political party of the day and he has gotten a media man, Robert Brillante, who has money and about 30 years of cable TV management experience on his team. Former Tallahassee Mayor John Marks has also been identified as a partner in the proposed network venture.

Years ago, I was introduced to J.C. Watts by former Florida Public Service Commissioner Julia Johnson in Washington, D.C., who I was doing media work for at the time.

John Marks is a long time friend and Brillante is a political and media colleague since my lobbying days and stint as a producer/host on the “Sunshine Network”, now The Florida News Channel.

The recent news coverage of a proposed Black news network has centered around the fact that the network could be headquartered in Tallahassee, Florida and how some kind of partnership could be made with Florida A&M University and FAMU journalism students. 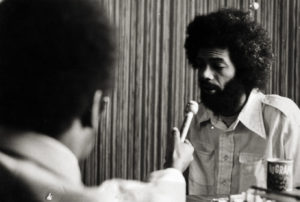 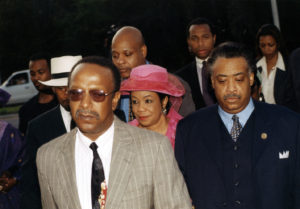 When I read the coverage I started doing the April Ryan, shaking my head!

Why? Because John Marks knows me well. Brillante knows who I am. Watts has met me and has close friends and associates that have known me for decades.

The fact that I was not contacted by the Black Television News Channel is a very clear indication of what these guys know about “News”, news gatherers, news producers or news icons!

Here’s where I jump in the discussion!

I write columns, appear on television, radio and internet talk shows all the time but I don’t rush to publicize myself or my exploits. The nation’s and the world’s top white journalists know Lucius Gantt because they have had to deal with him when they covered Rev. Henry Lyons and Florida’s huge voting scandals in past Presidential elections.

If they go to sleep and dream about putting together a Black-owned news network that ALL people, not just African Americans, will watch and appreciate and not contact Lucius Gantt, they better wake up and slap themselves as hard as they can!

Lucius Gantt has been in the television and professional media business since 1968 when I was hired by WSB-TV to work in the TV production department at the age of 17 years old. By the time I turned 19, I produced and hosted the first Black talk show broadcast in Atlanta called “Sound of Youth”. I was promoted to a position in the stations promotion department where I wrote promos for television shows and afterwards was hired by Cox Broadcasting to do television research. 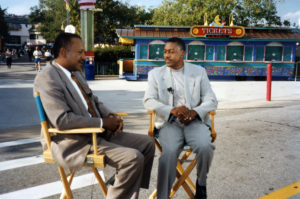 pon graduation from Georgia State University with a major in Journalism and a minor in Philosophy, I was awarded a Graduate Fellowship at the prestigious Washington Journalism Center, in Washington, D.C. I was hired as a reporter-producer at National Public Radio (long before Tavis Smiley) where I worked on the award winning show “All Things Considered”, covered news at the United States Capitol and produced radio documentaries. In 1972, I produced the highest distributed and perhaps the most listened to NPR documentary that year called “The Soul of Black Music” about the influence of gospel music on other Black music genres like jazz, blues, R&B and rock and roll. It aired on over 80 stations nationwide.

When I left NPR, I took a job at The Associated Press in New York City. In 1973, I wrote three of the top AP stories of that year including a story about the three Alou brothers, Felipe, Matty and Jesus playing on the same field at Yankee Stadium at the same time and a story that has been copied and imitated but never duplicated each and every year since 1973 about baseball’s unbreakable records like .400 batting average, back to back no-hitters and 51 game hitting streaks in advance of Henry Aaron’s record-breaking home run the next year in Atlanta.

Where, by the way, *I had an exclusive interview with Aaron right before he broke Babe Ruth’s home run record when he only did press conferences and had interview excerpts aired on CBS-TV network.

I could go on and on but I won’t. I just want to say something about Lucius Gantt in Florida.

I produced “For the People” a statewide radio show that featured Former Speaker of the Florida House of Representatives, Don Tucker, and newsman Jack Sinks and other guest political reporters.

I started the Public Affairs and News Department at WFSU-FM which evolved into a total news radio channel later. At FSU I was the executive producer of a radio documentary entitled “The Old Folks Ain’t Home”, about the institutionalization of the elderly that won a national award (Ohio State Award) and the competition included major TV and radio networks like NBC. 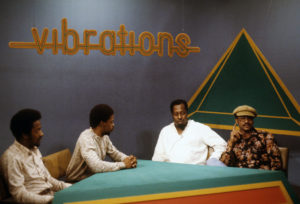 I was the creator and executive producer of the “Vibrations” television program that ran on WFSU-TV for 15 consecutive years in prime time, not on Saturday or Sunday morning before daybreak or when many viewers were at church service. Vibrations consistently beat Tony Brown’s Journal, Black Enterprise and similar shows in the ratings.

Some of the people trained by me, worked for me or with me that went on to some media fame and recognition include NABJ Best Journalist and NY news anchor Reggie Harris, NPR reporter Jo Miglino, Mark Bass, Wayne Sallade, Art Myers, April Crowley, Sharon Gilmore, Sharon Morris, Ken Darby, Robert Perkins, Mike Chandler, Keith Miles, Beryl Roberts, Chris Stewart, Keith Allen and many, many others.

So you tell me, who is the consummate professional and who are the news charlatans?

The Gantt Report is internationally known as one of the most widely  read opinion columns in the world written by a Black author that has a wealth of television talent and success.

If BTNC is or will be a real news network they need a real network talk show. “The Gantt Report Live” should be that show!

Watts, Marks and Brillante, holler at me!  (Buy Gantt’s latest book, “Beast Too: Dead Man Writing” onAmazon.com and from bookstores everywhere. Contact Lucius at www.allworldconsultants.net. And, if you want to,“Like” The Gantt Report page on Facebook.)

Steve Foster, an African American man from Concord, California was detained and put in handcuffs because he was “illegally” eating a sandwich on a Bay Area Rapid Transit train platform. He is now planning to sue the transit agency.

Test Tell If a Person is Using Cocaine and Other Drugs Too! Researchers at a company called Intelligent Fingerprinting have developed a new fingerprint technology that can confirm within

Police Officer Not Guilty in Death of Philando Castile

Demonstrators protest the police shooting death of Philando Castile.Fibonacci Blue/Flickr A Minnesota police officer who shot and killed a man during a traffic stop last July was found not guilty of second-degree manslaughter on Friday. The jury also acquitted the St. Anthony police officer, Jeronimo Yanez, of two counts of intentional discharge of a Read More…